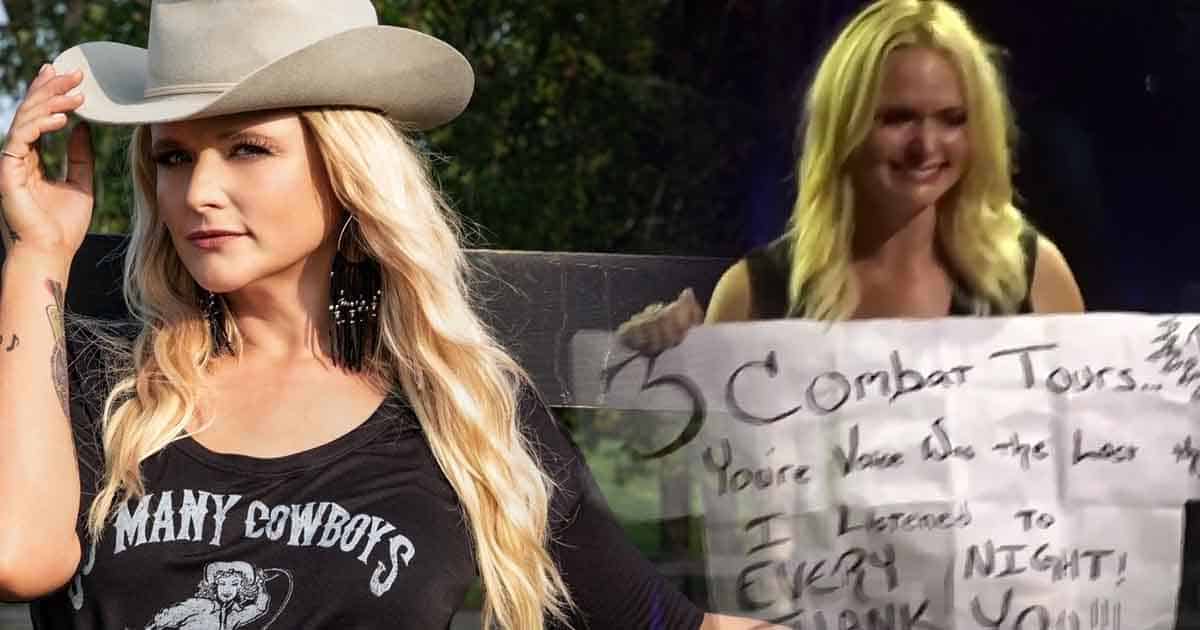 It isn’t unusual for country superstar Miranda Lambert to show her fans her raw emotions, especially when she sings her 2011 Song of the Year, “The House That Built Me.” After all, it is one of her most poignant ballads that has the power to move the entire audience and get us all a bit choked up.

Then One Fan’s Moving Poster Make Things Even More Special

But Miranda Lambert‘s concert in 2016 at the Xfinity Center in Hartford, Connecticut, was extra special!

Right as she began singing her hit “The House That Built Me,” a clearly emotional Lambert abruptly stopped after a few lines of the first verse.

RELATED: Here Are Miranda Lambert Songs That Have Been Dominating The Genre For Years

“Really?” the country superstar asked. She then walked right over to the stage’s edge, picked up a white poster board, and proudly held it up for the entire crowd to read the powerful words: “3 combat tours. Your voice was the last thing I listened to EVERY NIGHT! THANK YOU!!!”

After turning around and showing the poster to her band, the three-time Grammy winner appeared quite overwhelmed with emotion and failed to continue the song. A close-up camera apparently caught the man who brought the sign – a combat veteran named Jeff Tudisca – crying right along with her.

“Second verse, I gotta get a drink,” the singer said as she stepped away from the microphone and wiped her tears from her eyes. She then gestured to the audience that she needed their help to finish the song – to which they happily obliged. Eventually, she came back to sing the bridge.

You can watch the heartwarming performance in the video below.