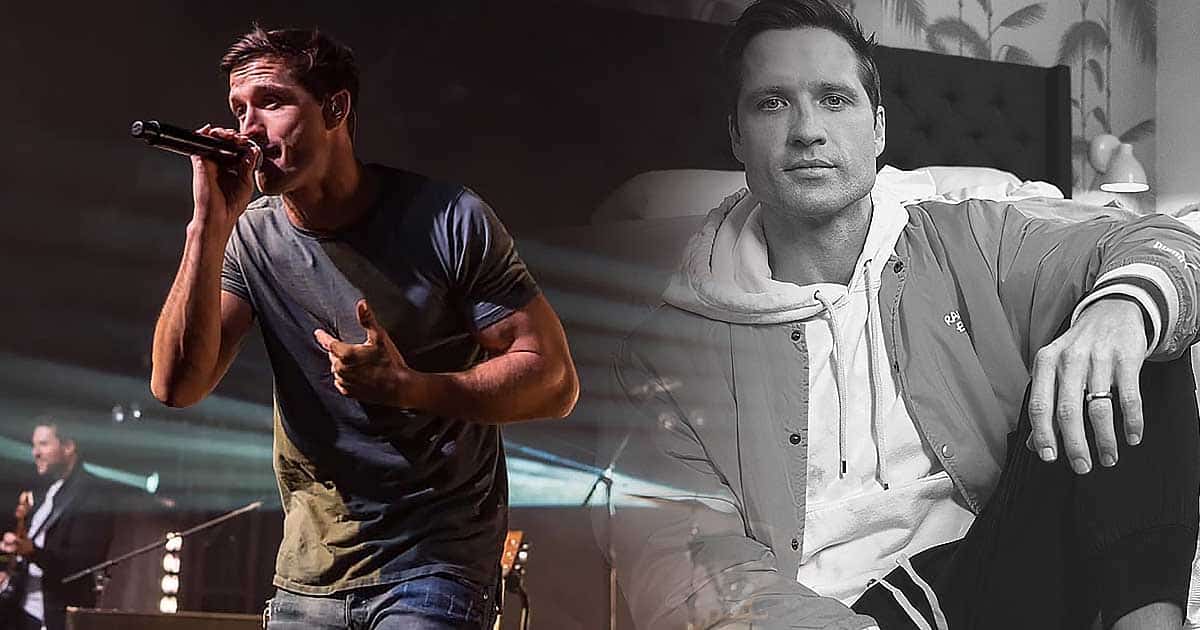 Walker Hayes’ “Fancy Like” remains undefeated for 18 weeks now on Billboard’s Hot Country Songs chart, and while people might think this song was just a feel-good date night song featuring Applebee’s, it wasn’t. For Hayes, this was his make-or-break track.

Sixteen years ago, Walker Hayes and his wife Laney arrived in Nashville with the hope of earning a living in the country music business. Hayes was three years fresh out of a small liberal arts college in Birmingham, Alabama, with a bachelor’s degree in music (major in piano) and a heart full of inspiration and passion. He has long been preparing to chase this dream, teaching himself how to play the guitar and performing country covers in a local bar.

And he did find his way through almost easily. Hayes landed himself a job for a Nashville publishing company, and then with a powerful demo he recorded for Keith Urban, he inked a deal with Mercury Records before quickly moving to Capitol Records, putting him on the same label then with Keith Urban, Luke Bryan, and Lady A.

In 2010, five years after he started his career, he finally released his first single titled “Pants.” The song debuted at number 60 on the Hot Country Songs chart, but it didn’t really make an impact. A year later, he followed up with a single “Why Wait for Summer” from his full-length debut album Reason to Rhyme which again failed. With two singles that petered out in the 40s and an album that never made the charts, Hayes found himself in a creative wilderness and then subsequently dropped out of his record label.

His wife Laney was pregnant with their fifth child and he didn’t have any plan B.

2014: Walking the Long and Rough Road

Things definitely got rough for Hayes and his family after he lost his label deal. And in the cutthroat music industry, that loss meant people losing faith in you as well. He still had a publishing deal at that time, but his songs weren’t getting cut by other artists.

With a family to feed, Hayes took a job stocking shelves at Costco from 4 until 10 in the morning so that he could still make it to writing appointments. It was a particularly humbling experience for him as he initially asked a fan if the retail chain was hiring. He also struggled to transport his family of seven in a car that didn’t have enough seat belts.

At one point, everything just went down for Hayes, and he found comfort in a bottle of alcohol. It was his way of numbing the pain of losing something he worked so hard for and the pressures of not being able to provide. In a later interview, Hayes shared how he felt so embarrassed after Nashville chewed him up and spat it out. That shame was so painful that he would drink and then the shame of being drunk made him drink even more. It became a cycle that became so hard for him to break away.

Hayes knew he had a problem as he crutched on alcohol in his daily life, but at the same time, he also knew that he would be lost without that problem. But one day in 2016, he finally decided that he would no longer drink. There were a lot of moments when he was tempted to drink another bottle, but he stuck with his decision. At one point, a beer in his refrigerator remained untouched for weeks that inspired a song later on in his career titled “Beer in the Fridge.”

It was also during this year that Hayes finally got his redemption in the form of Grammy-winning songwriter and hit-making producer Shane McAnally. One day, he just simply reached out to Hayes, telling him that he wanted to make a record with him. Hayes cried in response as he felt he was rescued immediately.

Hayes then started to fully devote himself to his craft, taking over a tool shed behind his publisher’s Music Row office to create. He then released two self-produced EPs 8Tracks, Vol. 1: Good Shit, and 8Tracks, Vol. 2: Break the Internet through McAnally’s SMACKSongs, and built his audience back. Walker Hayes songs were slowly attracting the limelight again.

2017: Finding Himself and Pulling Away The Mask

Seven years later, after his debut release, Walker Hayes was given a rare second chance as Monument Record’s flagship artist. And this time, he was out to prove that he could make it.

Musically, the difference between the 2010 Hayes and this 2017 version of him was that instead of focusing on giving the market and the gatekeepers what he thought they wanted, he served them the best of what he had to offer. He found who he was as an artist, and he finally had the courage to pull away from the mask. And this gave birth to Walker Hayes’ “You Broke Up With Me,” a career-booming track that earned him his first top 10 hit, and “Craig,” a personal, soul-baring song that touched a lot of people.

But unlike the common preconceived idea about the song, it’s not actually a song about lovers. This song was inspired by his life as a music-industry castaway and a sly dig to the music industry. At the time when Walker Hayes and wife Laney Beville Hayes were pregnant with their fourth child, and he was still with Capitol, the hospital room was flooded with gifts and flowers from Nashville’s top songwriters and executives. But the moment that he lost his deal, the room became empty, and no one celebrated with them as they greeted their new little angels. And then, things flipped 180 degrees when he got signed to Monument. All of a sudden, industry people were calling and texting him nonstop.

All of a sudden, he was important.

After “You Broke Up With Me” and his album boom gave Hayes well-deserved attention, things did not pan out so well for him. And again, he suffered lows. In 2018, Walker Hayes’s “90s Country” failed to crack the Top 40, and combined with that, he also lost his seventh child Oakleigh Klover while his wife’s life hung in the balance. On top of all of that, he still constantly battled with the temptation of alcohol.

2019 and 2020 came, but nothing he released really hit the charts until “Fancy Like.” The feel-good, date night song featuring Applebee gave him breakthrough success, earning him an undefeated number one for 18 weeks now. The song came into being by a twist of fate, and it turned out to be the song that changed his fate.

The years were painful, he struggled a lot, and he lost a lot of things, but all of those things shaped Walker Hayes, made him who he is, and got him to where he is right now.

The Beautiful Message of “A Wonderful Time Up There”

The Beautiful Message of “A Wonderful Time Up There”

Song For Their Fathers, “Boots On” by Randy Houser

Song For Their Fathers, “Boots On” by Randy Houser

On a Derelict Father and that Timely Song of Jimmy Wayne

On a Derelict Father and that Timely Song of Jimmy Wayne

How old is Jeannie Seely now? And More Facts About Her You Probably Want To Know

How old is Jeannie Seely now? And More Facts About Her You Probably Want To Know

Inspiring Country Songs That Will Uplift You Every Morning

Inspiring Country Songs That Will Uplift You Every Morning

Tammy Wynette Songs: A Playlist From The Heroine of Heartbreak