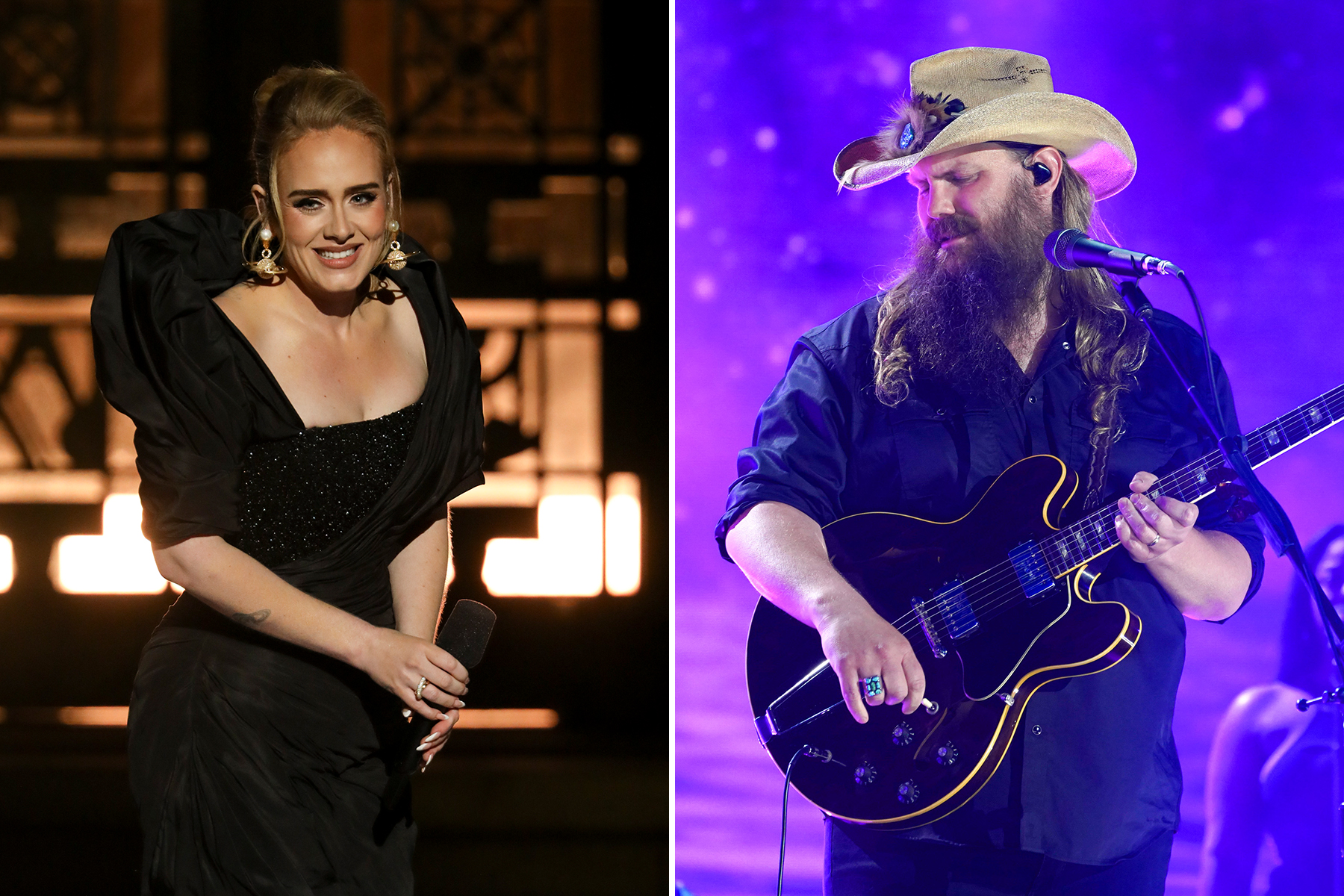 Adele is an avowed fan of country singer Chris Stapleton, with an appreciation that dates back to his pre-superstardom output. Bonus versions of her 2011 blockbuster 21 even included a cover of “If It Hadn’t Been for Love,” co-written by Stapleton and first recorded by his band the SteelDrivers. While Adele was interviewing for Rolling Stone’s latest cover story, she touched on her Stapleton fandom and their new collaboration.

“Basically, I’ve been a fan of him since SteelDriver days,” she said. “I’ve been covering SteelDrivers for like nearly 12 years now. It’s just… his voice is just fucking brilliant.”

On bonus versions of her new album 30, the lead single “Easy on Me” is reprised as a collaborative recording with Stapleton. Adele had approached the singer and he was game to do something, but travel restrictions made it impossible for them to meet and record in person at first.

All 199 of Taylor Swift’s Songs, Ranked

Meet the Beatle: A Guide to Ringo Starr’s Solo Career in 20 Songs

“We still hadn’t met because it was during the pandemic,” Adele says. “We had to start over Zoom. It was devastating. Yeah, it’s on there and I think our voices work brilliantly together. [He] would’ve been one person that I would’ve always have said yes, like 100%.”

Their collaboration on “Easy on Me” plays to both artists’ ability to sing seemingly anything, letting Stapleton deliver every line in harmony with Adele without sticking him in the background. They both begin softly then rev up to their powerful sweet spots, matching one another step for step before deviating and improvising in thrilling ways.

The Adele and Stapleton collaboration can also now be heard on country radio. On Friday, the same day 30 was officially released, Columbia Records issued the song to country radio stations in the U.S. and received hourly play on iHeartRadio signals. If successful, it would mark Adele’s first entry on Billboard’s country charts.