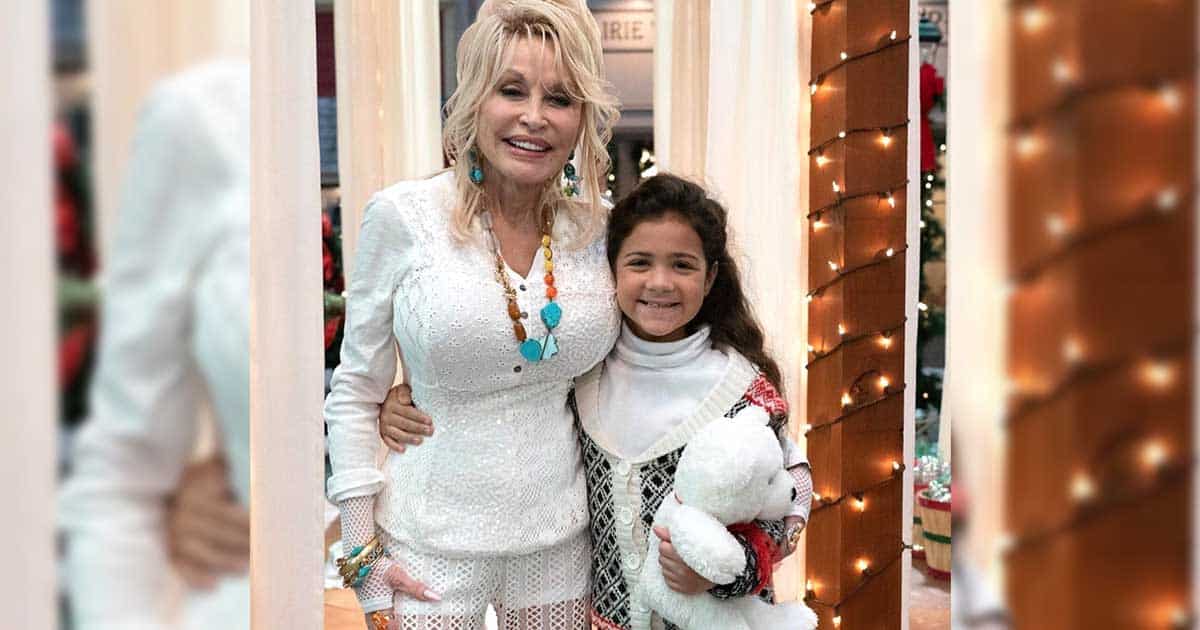 When she’s not helping fund COVID vaccine research, working on children’s literacy programs, providing aid to those who have lost their homes, or supporting the Black Lives Matter movement and LGBTQ+ communities, the country queen is apparently saving lives.

During an interview, Talia Hill – Dolly Parton‘s nine-year-old co-star on the 2020 Christmas musical film “Dolly Parton’s Christmas on the Square” – detailed how the “Jolene” singer saved her from an approaching car.

RELATED: Top 10 Dolly Parton Songs You Should Definitely Listen To

The child actress recalled that they were instructed to return to their beginning positions when she was at the set’s hot chocolate station. Unfortunately, while walking, she didn’t notice a vehicle moving.

But lucky for Hill, somebody grabbed and pulled her back. When she looked up, she was surprised to find out that the person who saved her was none other than Dolly Parton.

“I was in shock, she hugged me and shook me and said, ‘I saved your life!’” Hill said.

“Dolly Parton’s Christmas on the Square” premiered on Netflix last November 22, 2020. The movie musical tells the tale of a wealthy and cold-hearted businesswoman – played by Christine Baranski – who came back to her small hometown in the wake of her father’s death to evict everyone and sell the land to a mall developer right before the holiday season.

And just like most of Dolly Parton movies, it also has chock full of songs sung by the country icon, herself – fourteen original songs, to be exact. But the most interesting part was that Parton played the role of an angel in that movie. Is it possible she’s just playing herself?

Interesting Top 10 Facts You May Not Know About Luke Bryan

Interesting Top 10 Facts You May Not Know About Luke Bryan

Conway Twitty And Loretta Lynn: One Of The Most Beloved Duos In Country Music

Conway Twitty And Loretta Lynn: One Of The Most Beloved Duos In Country Music