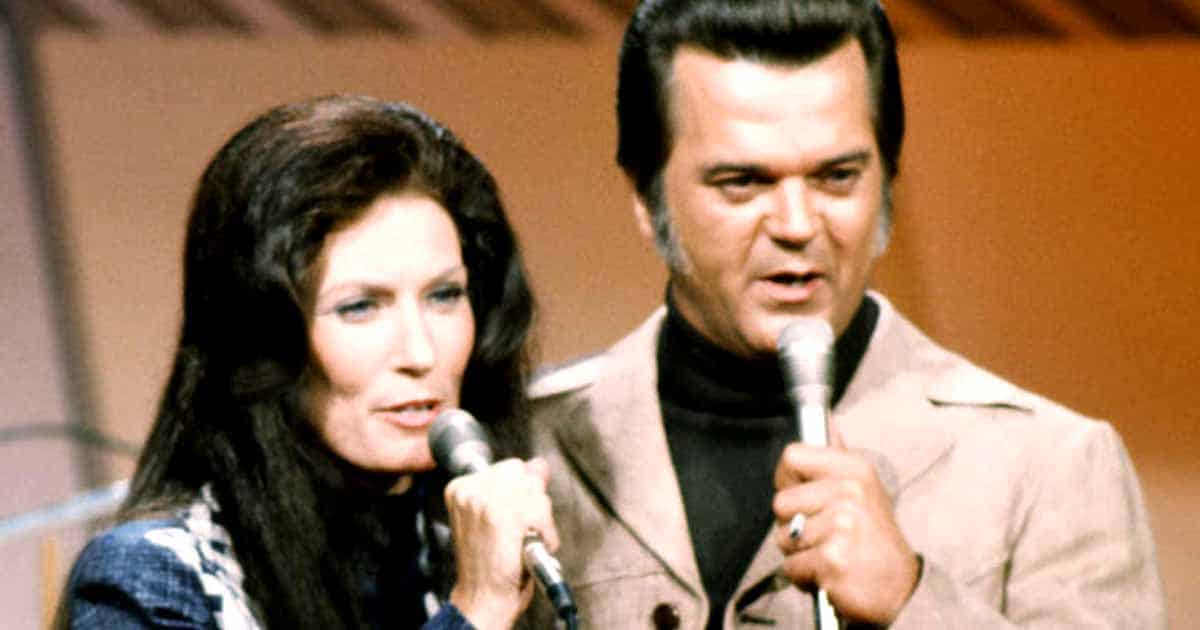 In the late ’60s and early ’70s, Conway Twitty and Loretta Lynn were shattering records and tearing up the country charts on their own before joining forces together and becoming one of the best country music duos of all time.

Conway Twitty was the veteran of countless rock’n’roll hits and eventually became a country favorite, leading the charge for the breakout hits of the 1970s – including his signature tune, “Hello Darlin’.” Meanwhile, Loretta Lynn had been a consistent country hitmaker. Her life story that reads more like fiction than fact, being a “Coal Miner’s Daughter,” resonated so well with fans.

But in 1971, Twitty and Lynn changed the game in country music when they teamed up for the first time and released their first duet, “After The Fire Is Gone.” The song went all the way to No. 1 and launched one of the most successful duets in country music history, as did their follow-up, “Lead Me On.”

Two years later, Twitty and Lynn showcased their chemistry once again on another country’s bestseller, “Louisiana Woman, Mississippi Man.” Since then, the duo had a run of several more country hits and four No. 1 country albums out of the eleven studio albums they released.

Indeed, the title of their seventh collaborative studio album marked their status in the world of country music: Dynamic Duo. Together, they were named as Vocal Duo of the Year by the CMA Awards from 1972 to 1975. Their tandem also helped Lynn win CMA’s Entertainer of the Year Award in 1972, making her the first woman to receive such an award.

Most of Twitty and Lynn’s songs together were about a relationship’s terrible ending or about falling for someone you shouldn’t. And whenever they perform, their chemistry and strong artistic connection on stage are undeniable. So, it was no surprise when the rumor mill buzzed, and many fans started wondering if they share a real-life romance.

Even after all these years, many are still talking what’s the real score between the two country icons. Were they more than just duet partners? Some even believed they got married at one point in their lives. But Lynn dismissed the rumors, saying that it’s far from reality. “I loved Conway, as a friend, and my husband loved him. Conway was really the only one in the music business that Doo gave a dag-gone for,” she said.

Where Are They Now?

Sadly, Twitty and Lynn’s longtime friendship was brought to a sudden end when Twitty passed away in 1993. He died of complications from a surgery for an abdominal aortic aneurysm. He was only 59 years old.

Lynn, who is now 89 herself, recently marked the 28th anniversary of Twitty’s passing. She took to Instagram to share four very special photos – two of which are just of Twitty while the other two show the iconic duo together. It’s obvious from the photos that Conway Twitty and Loretta Lynn truly enjoyed one another’s company.

Conway Twitty’s 10th Solo Hit was the Sexiest Song Ever

Conway Twitty’s 10th Solo Hit was the Sexiest Song Ever

WATCH: When Elvis Presley and Celine Dion Freaked Fans Out

WATCH: When Elvis Presley and Celine Dion Freaked Fans Out

Be “Gentle on my Mind”, Glen Campbell

Be “Gentle on my Mind”, Glen Campbell