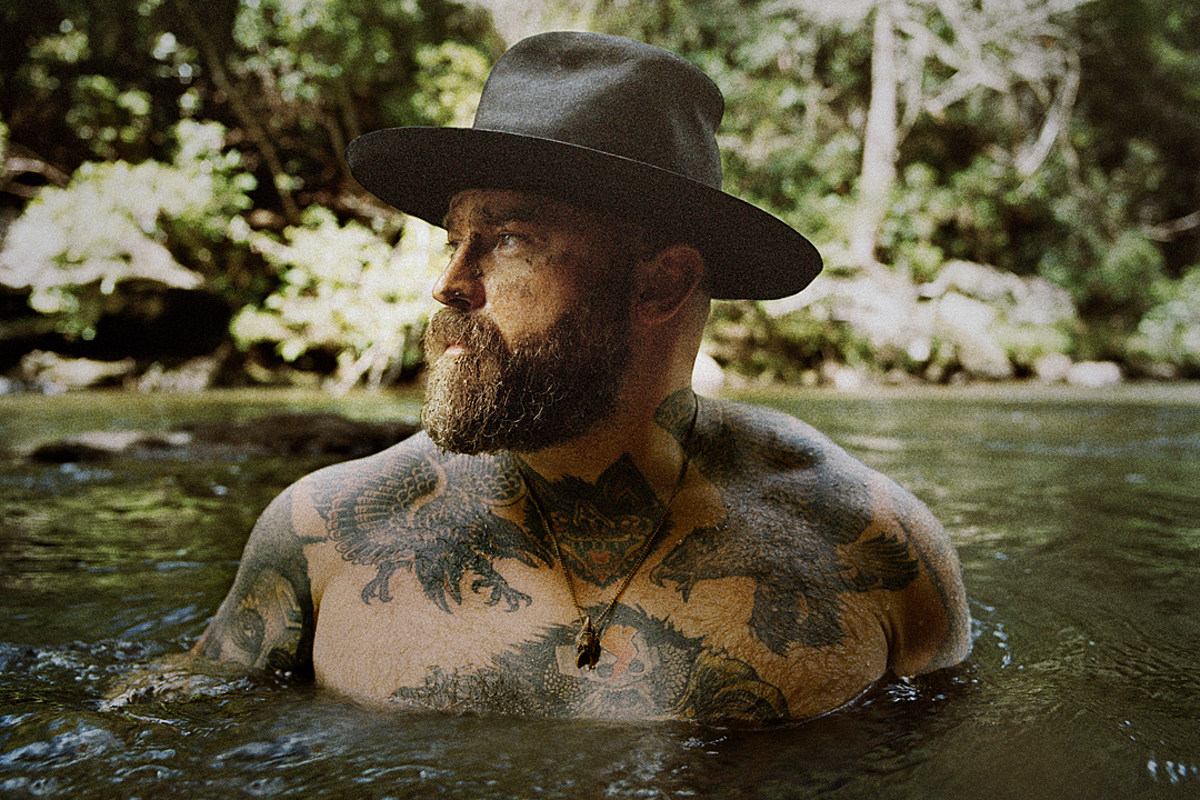 Music lovers have praised Zac Brown Band‘s new song “Same Boat” as one that finds the band getting back to its roots. Those roots extend to their new The Comeback album cover.

Photographer Danny Clinch took the photo seen on The Comeback, released Friday (Oct. 15) on Warner Music Nashville and Home Grown Music. The astute fan will find similarities between this cover and the group’s breakthrough The Foundation album (2008). In both photos, only Brown is featured (the full band has only made one cover). In both photos, his face is covered in brownish-red clay.

For this new release, fans get a full look at the many tattoos covering the frontman’s chest and shoulders, including one on his bicep of a figure that looks similar to the one on Uncaged (2012). He’s wearing his latest signature hat — one very similar to the one he wore in the shoot for The Owl (2019).

“I grew up swimming in that river since I was 10 years old,” Brown tells Taste of Country Nights, describing a secluded little spot he still goes to hide away when he needs to unplug. “I grew up kind of a river rat, so it’s kind of a calling back to our roots, coming out of the Georgia clay and coming out of the river that I grew up in.”

Brown attended school in Cummings, in central, north Georgia. The Chattahoochee River is nearby, but there are other, smaller tributaries like Big Creek. Lake Lanier is also very close to where Brown was raised.

All of it keeps him rooted — a theme on this 15-song album. The album title and Springsteen-esque title track refer to America coming back after the pandemic. As a songwriter he’s clearly leaned into familiar touchstones, like a song that sounds like the band’s debut hit, “Chicken Fried,” from The Foundation.

“Didn’t want to be one of those bands where every song sounds the same, but I think it’s been long enough now that we can circle back to some of our roots,” Brown says of “Same Boat,” their first Top 10 hit in four years.

“It was important to me to write something that helped people remember how we’re all the same, rather than how divided we all are. Because I don’t feel that (division) in my areas of where I live and where I’m from,” he adds.

19 Country Music Stars With a LOT of Kids