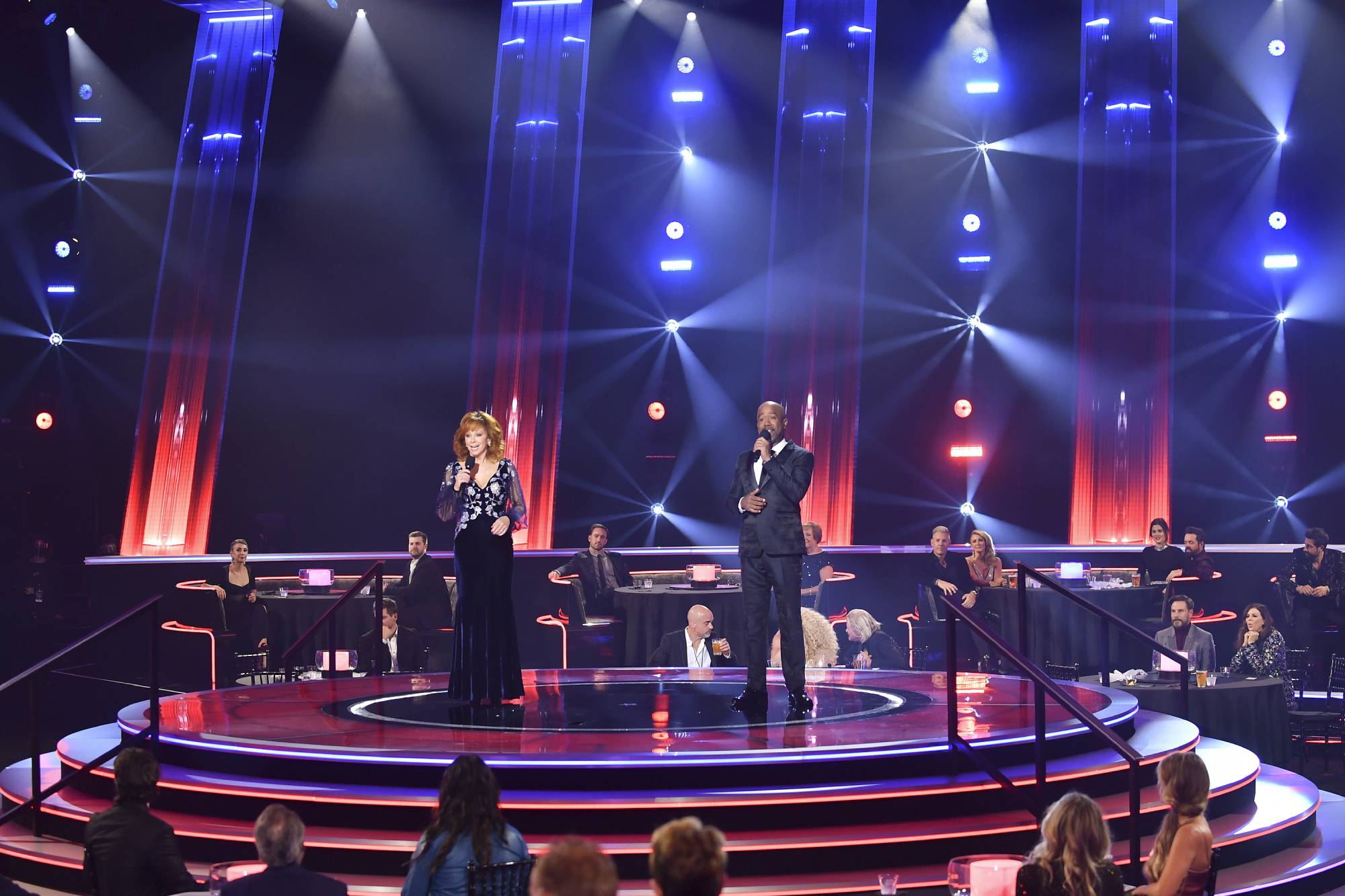 After scaling down and shifting locations in 2020 due to the Covid-19 pandemic, the CMA Awards will return to their usual home of Nashville’s Bridgestone Arena for this year’s November 10th ceremonies.

Unlike last year, a limited number of tickets will be made available to the public, but audience members must be fully vaccinated and wear face coverings to attend. The night’s big name performers, however, are exempt when it comes to vaccination.

“As we plan our return, it goes without saying that the health and safety of our guests and crew is our top priority,” Sarah Trahern, CMA Chief Executive Officer, said in a release issued Wednesday. “Due to TV production protocols and venue and local rules, we will require all ticketed audience members to show proof of full COVID-19 vaccination and wear masks unless actively eating or drinking. Both the house and backstage will comply with all applicable local health and safety regulations, as well as requirements from the television unions.”

The release stops short of saying that artists themselves must be vaccinated to attend. A spokesperson for the CMA echoed Trahern’s statement when asked about back-of-house Covid-19 protocols for performers and nominees: “We are in compliance with the local health and safety regulations and requirements from the television unions.”

Under those regulations, CMA Awards performers and presenters are considered members of the production crew, who are required by SAG-AFTRA’s Return to Work Agreement to undergo regular testing but not required to be vaccinated. Individual event producers have the option of mandating vaccination for production crew and performers on any shoot, while live audiences are required to show proof of vaccination and be separated from production by a physical barrier. A spokesperson for the CMA added that their protocols are in line with those of similar productions like the VMAs.

The 2020 CMA Awards, an invitation-only event held before the introduction of the United States’ three Covid-19 vaccines, had a strict testing policy for anyone who attended — as a result, a handful of performers including Florida Georgia Line’s Tyler Hubbard were forced to drop out days before the live event after testing positive. CMA’s Summer Jam, an outdoor concert filmed in late July, was also filmed in accordance with CDC, DGA, IATSE and SAG-AFTRA guidelines.

Since the shots became available to the public earlier this year, the topic of vaccination mandates has turned increasingly controversial, including among Nashville’s music community. Singers like Eric Church and Dierks Bentley were open about getting their shots early, while others have been either silent or, in some cases, publicly skeptical. Last week, Jason Aldean voiced his disgust with California’s vaccine mandate, saying that people “should be outraged,” and questioned the safety of the Covid-19 vaccines compared to vaccines for measles or mumps. “Decades of research versus months,” he replied to a commenter. (On Wednesday, Aldean taped a performance for an upcoming TV special at his Nashville bar that required the audience be vaccinated for Covid-19.)

Hosts and performers for the 2021 CMA Awards have yet to be announced, but Reba McEntire, who co-hosted last year’s show, will not be returning, according to a report in Billboard.

The 55th annual CMA Awards air November 10th at 8 p.m. ET on ABC live from Nashville in Tennessee’s Davidson County — as of October 5th, a little more than 56 percent of Davidson County has been fully vaccinated.