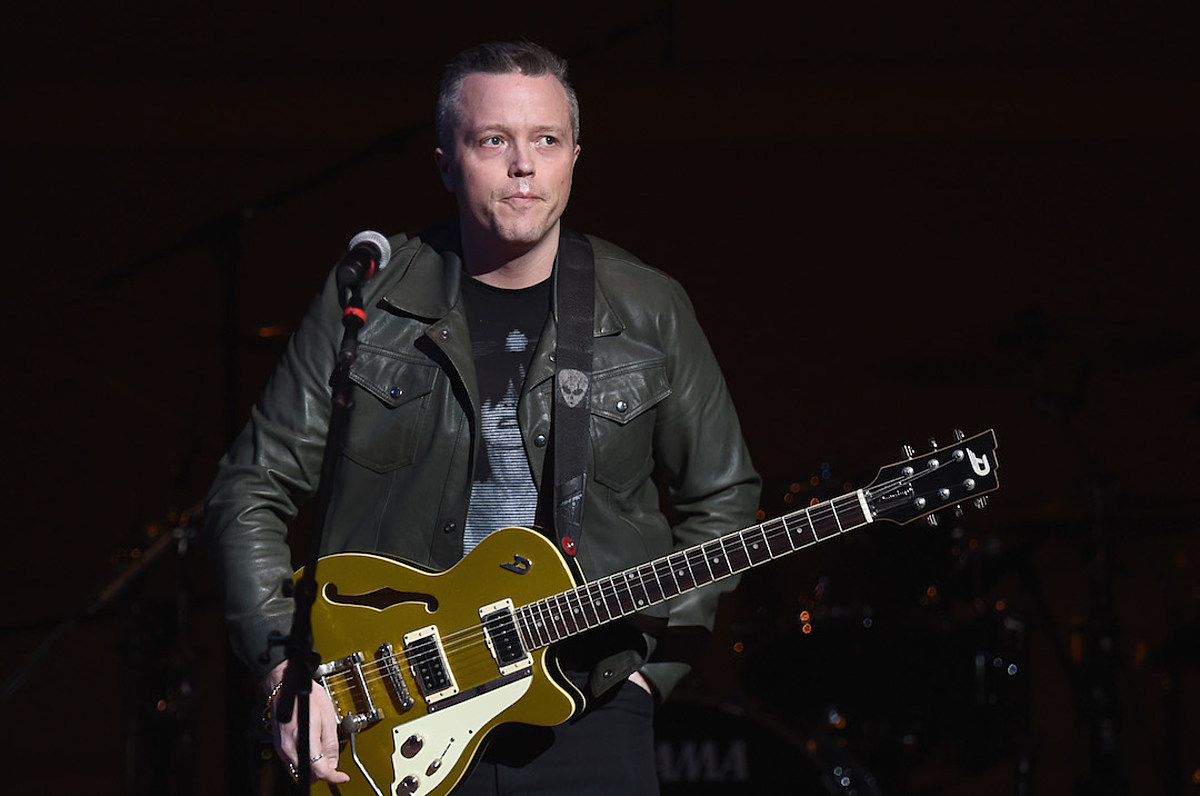 “This was my favorite thing in 2019,” Jason Isbell said, greeting his band’s first audience of ShoalsFest 2021. “I was so looking forward to doing it last year. I know you had to jump through some hoops, but I’m glad you’re here and we’re here to have a good time.”

Addressing a polarizing topic in front of an audience potentially filled with Alabamians requires a certain kind of tact. On Tuesday (Oct. 5), the Alabama Department of Public Health announced that the state’s number of COVID-19-related deaths in 2021 had surpassed its number of COVID-19-related deaths in 2020, despite the availability of a vaccine. Isbell, a native of Greenhill in Lauderdale County — which, as of Tuesday, had 40.38 percent of its residents fully vaccinated — is one of those taking the lead in the music industry by requiring concert attendees to show proof of vaccination or proof of a negative COVID test, but he didn’t dwell on the topic during his concise introduction in his hometown.

“It was going to be a lot harder for bands to enforce something like that without someone like Jason coming out and making that stand,” says DBT bassist Matt Patton, also a native Alabamian.

Isbell’s own bassist, Sheffield, Ala., native Jimbo Hart, echoes Patton’s sentiment: “I had to talk my way out of some fights when I was a kid, and I also had to fight a few times when I was a kid. I definitely have an old-school, punk-rock sensibility about me. I’m glad that someone like Jason is such a great communicator,” he says.

“That’s something that a lot of folks lack, even in communicating with people from their own community,” Hart adds. “I think if we could all learn to talk to each other, it’d make life better.”

ShoalsFest 2021 took place at McFarland Park in Florence, Ala., the largest of the Quad Cities of the Muscle Shoals area. City officials were cooperative with Isbell’s COVID-related policies, despite state officials often making vaccination requirements and mask mandates difficult to enforce.

“This is an absolutely incredible event that’s planned by Jason Isbell and his group,” says Florence Mayor Andy Betterton. “They do an absolutely marvelous job. They’re well-organized. They work well with the city and all of our departments. McFarland Park is a beautiful venue. [The vaccination guidelines] were his criteria, and we honored that. If individuals wanted to go, that’s what they had to do, and I certainly didn’t have any problem with that.”

Tact. Drive-By Truckers once wrote a song about how “The Boys from Alabama” react to things.

Despite ominously cloudy skies, the rain held off and the sun shone on McFarland Park for much of the weekend (Oct. 2-3), displaying the beauty of the Tennessee River venue as advertised by the mayor. Isbell and the 400 Unit headlined both nights, performing much of 2020’s Reunions for the first time in his hometown. On Saturday, he worked in two covers from his forthcoming Georgia Blue release: a version of Drivin’ N Cryin’s “Honeysuckle Blue,” fronted by 400 Unit guitarist and former Drivin’ N Cryin’ member Sadler Vaden, and a version of R.E.M.’s “Driver 8.” On Sunday, the band repeated the former.

“There’s nothing like seeing that river and all of those clouds rolling over and getting to sing to all of those people,” says Jamie Barrier of Pine Hill Haints, another fellow Alabamian whose band also played ShoalsFest 2021. “I loved it. I absolutely loved it.”

The weekend’s most high-profile reunion came in the form of Drive-By Truckers and Isbell and the 400 Unit sharing a bill for the first time since Isbell’s departure from the Truckers in 2007, and the moment didn’t disappoint. Isbell joined DBT’s Sunday set for “Heathens” and “The Day John Henry Died,” the latter an Isbell-penned tune that has long been absent from his live catalog; he played the same two songs during the Truckers’ performance the following night (Oct. 4) at the Ryman Auditorium in Nashville.

“For years, every now and then, I have this dream that I’m playing a DBT show, and everything’s going along just fine, and all of a sudden, Jason is just onstage, and we’re supposed to do one of his songs,” Patton jokes. “We famously don’t rehearse or anything, so that’s not something I’d just be ready for, you know? It’s like the dream of being in class and you don’t have pants on.”

Isbell also included his Truckers song “Goddamn Lonely Love” in his own Saturday ShoalsFest set, calling it an “audible,” and he included another, “Never Gonna Change,” in his Sunday show. To close out the festival, DBT co-founders Patterson Hood and Mike Cooley joined the 400 Unit for Sunday night’s encore: “Outfit” and “Decoration Day.”

“This has been one of my favorite days of my entire life,” Hood told the audience on Sunday. “Today has been about the most perfect day I have ever had. And then I get to bring my dad out. How can this day get any better?”

Hood’s father, David Hood, was the bassist for the Muscle Shoals Rhythm Section, the legendary group of session players more commonly known as the Swampers. He joined his son’s band to perform a cover of Eddie Hinton’s “Everybody Needs Love,” a song that the elder Hood originally performed.

As for the less-likely reunions that came from Slobberbone and Centro-matic during ShoalsFest 2021, the former’s frontman, Brent Best, told the audience, “Who would have thought it? I always said there’s nothing you’re going to do to get me to go back out on the road again. Then they said, ‘Well, it’s going to be you, Centro-matic, the Truckers and Isbell.’ And I said, ‘Ah … s–t.’”

Patterson Hood joined Slobberbone for their song “Gimme Back My Dog,” and as he did so many times along the way, Isbell joined Centro-matic as its fifth member for the duration of their set.

“For both the City of Florence and the Shoals area, this is another sign of how important music is to us,” says Mayor Betterton of ShoalsFest. “We have a lot to be proud of, and I love individuals like Jason stepping up and bringing that notoriety to our community. It makes this a very special place right here on the Tennessee River.”

Many of the tourists who traveled to ShoalsFest 2021 from around the country stayed in town for a couple of extra days to see the Swampers’ Muscle Shoals Sound Studio and Rick Hall’s FAME, grab a slaw dog at Bunyan’s or shop at the flagship Billy Reid store — but that’s because folks including Hood, Cooley and Isbell helped reshape the narrative. There was a pretty dark period in the late 1980s and early ’90s when not many locals from younger generations had any context for the area’s storied past.

“When I was a kid, I was always really confused about the fact that so many hit records and so much influential music was made two blocks from my house,” admits 400 Unit member Hart. “I’d ride my bike past Muscle Shoals Sound Studio, and it’d be empty. And I’d think, ‘What’s going on? Why is that not happening?’

“You want to see things like that for your community when you’re a kid … You grow up and you see other cities celebrate their own culture. And that perpetuates a tradition,” he continues. “It’s surreal to see this happening. There should be more of it.”

Re-Live the Best Moments From ShoalsFest 2019: