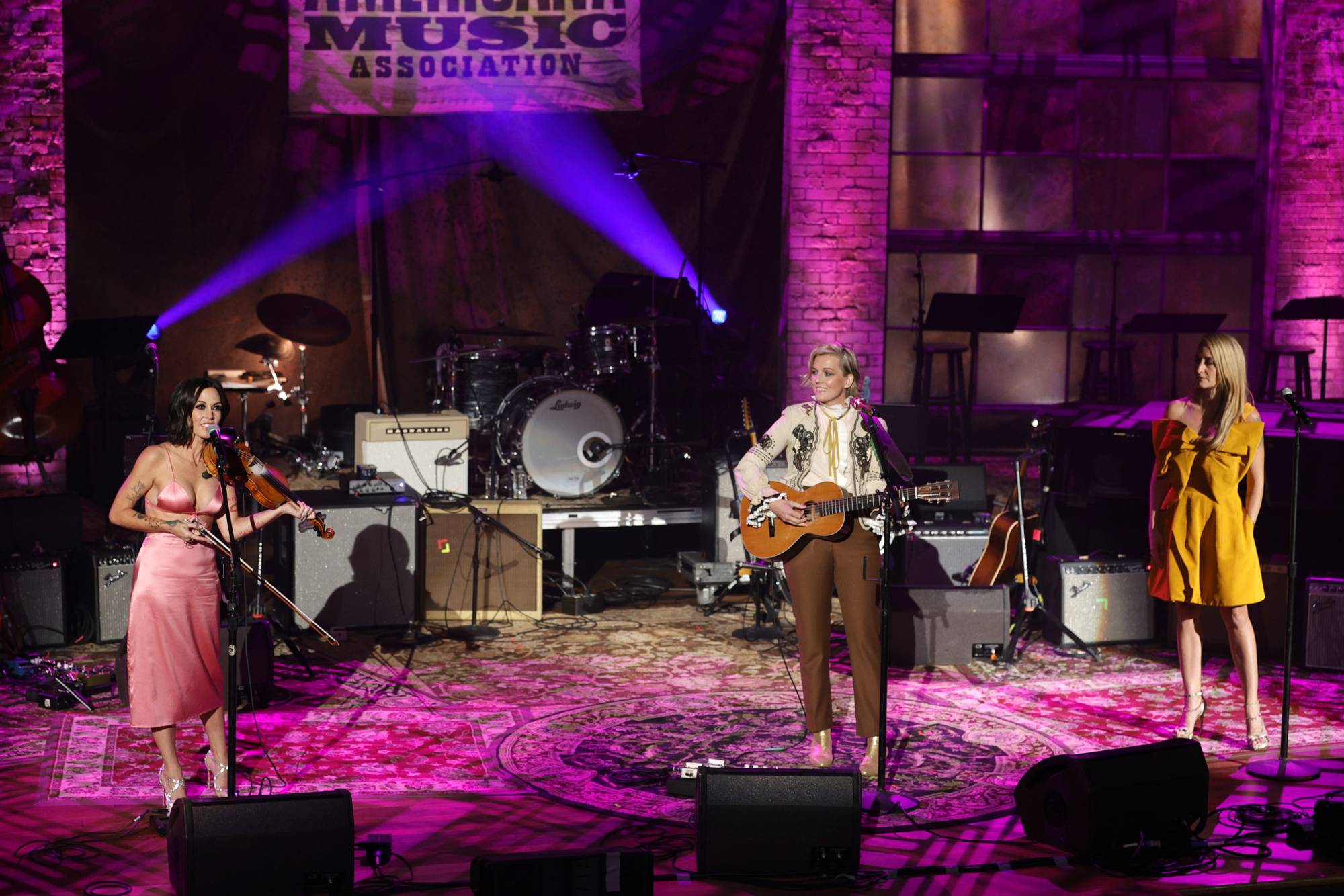 Moments after John Prine’s family accepted a posthumous Song of the Year award for the singer-songwriter’s final release, “I Remember Everything,” Prine’s friends and stylistic inheritors Amanda Shires, Margo Price, and Brandi Carlile took the stage at the 2021 Americana Honors & Awards to perform the gorgeous ballad. The event was held in-person with a capacity crowd Wednesday night at Nashville’s Ryman Auditorium.

Carlile, Price and Shires traded vocals on the song, which was co-written by Prine and Pat McLaughlin and earned a Grammy for Best American Roots song after it was released in 2020. It was an emotional performance, with all three singers seemingly getting choked up throughout various moments. Carlile performed the song at the Grammys this past March, and a version of her singing the song will be included on the upcoming Prine covers album Broken Hearts & Dirty Windows, Songs of John Prine, Vol. 2.

“It sounded like a classic Prine song in the best possible way,” producer Dave Cobb, who also was on-stage to receive the award, said in the Tenessean of the song last year. “It’s such a beautiful, simple, poignant message, and crushing that, the context is defined by it being the last song now. Because he wasn’t finished.”

“I Remember Everything” was the fifth Americana Awards win in the last five years for John Prine.

Hayden Haddock Heads to the Dive Bar in New Song, ‘Wind It Down’
Hear the Bellamy Brothers’ New Stevie Wonder Cover [Exclusive]
Eric Church Performed Another Epic “Mistress Named Music” Medley Featuring “Cover Me Up,” “Neon Moon,” & More
Miranda Lambert’s New Song ‘If I Was a Cowboy’ Is a Wild West Dream
On This Date: Dolly Parton Releases Her Signature Song, “Jolene” In 1973