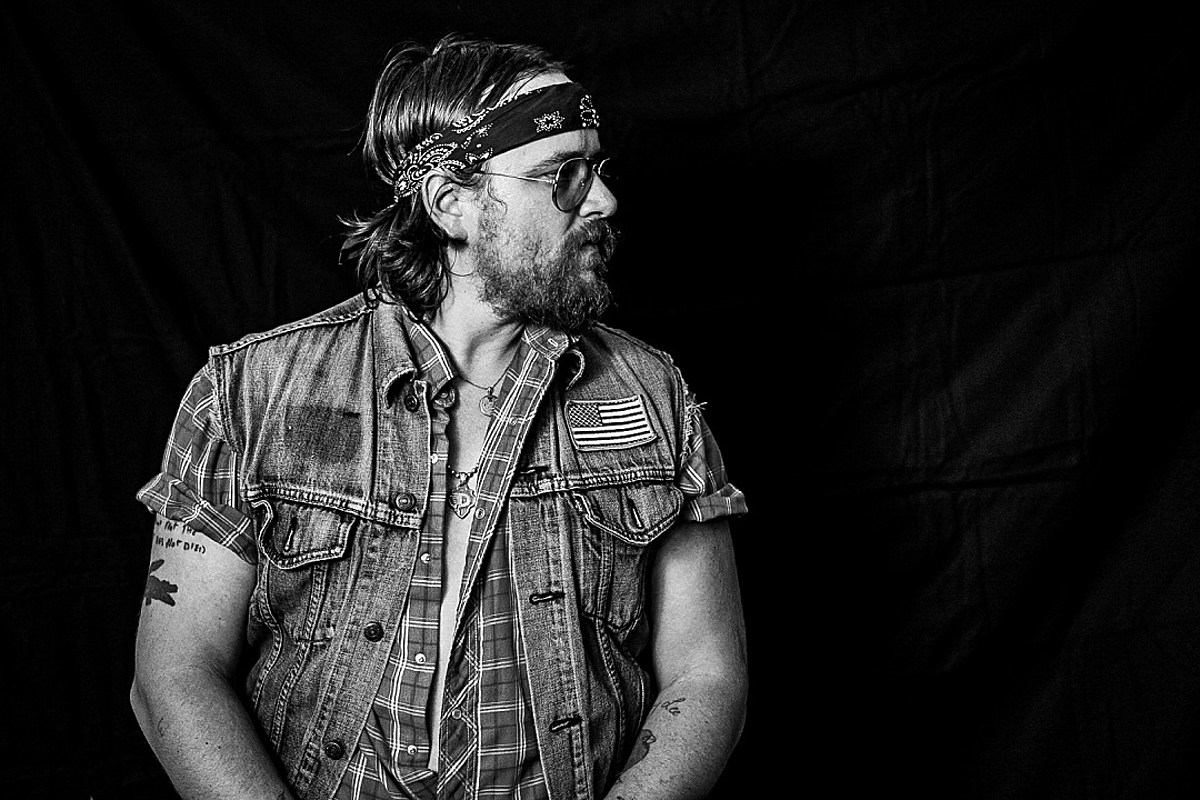 Dalton Domino‘s new song ”Wasn’t Her Own” has some extremely 21st-century roots.

The Texan is part of a songwriting group text, through which he was presented a challenge: Domino had to write a song using three phrases: “a glass of wine,” “steel-toed boots” and “oven mitts.”

Listeners will, indeed, hear all three as details in “Wasn’t Her Own,” the story of a teenager whose mother died by suicide while dealing with postpartum depression. The song is premiering exclusively via The Boot.

“[He] realizes, one day, the grief he feels now might fade, along with memories of her,” Domino explains. While the verses recount the last weeks of his mother’s life and the aftermath of her death, the chorus expresses the guilt that comes with those concerns: “What scares me the most / About growing old / Is: What if all I knew of her winds up gone? / I know the day will come where we all move on / But most of what she took wasn’t her own.”

“Wasn’t Her Own” is Domino’s first new release since 2019’s Songs From the Exile, his third studio album. That January, the singer-songwriter went to rehab for a second time; when he got out, Domino says, he “was happy,” but creativity was hard to come by.

“Everything was gray. I picked up a guitar. Tried to write. Nothing,” Domino details on Facebook. “I tried some more. Nothing. Tank seemed empty.”

He tried touring and playing live, taking time for himself, retreating to a motel — nothing worked. “I’d repeat this same deal week after week. Month after month. August 2019-February 2020,” Domino says.

“Still. Nothing came out. Well ran dry,” he adds. “S–t was terrifying. The one thing I knew how to do felt gone.”

Domino was ready to pack it up and call it a day on his career when a lyric came to him. It was, as he describes, “the spark” that broke the metaphorical dam.

“Wasn’t Her Own” is the first of 14 songs Domino recorded in Arizona in May, working with PH Naffah, Nick Scropos, Isaac Stalling, Nick Jay, Steve Billington, Al Pappas, Tony Nunes and Clif Norrell. Beyond plans to release “Wasn’t Her Own” widely on Friday (Sept. 24), he’s not yet announced a timeline for the rest of the songs’ arrival.

“I’m so proud of them …,” Domino says. “I feel back. At least right now I do. In that old-school, sweaty, greasy-ass, rock and roll, Dalton Domino kinda way.”

“Wasn’t Her Own” is available to pre-save now. Fans can keep up with Domino at DaltonDomino.com.

50 Country Albums Everyone Must Hear Before They Die:

Mickey Guyton: ‘Country Music Really Is Everyone’s Music’
Jon Pardi Gets a Surprise Visit From His Hero Randy Travis
Story Behind the Song: Justin Moore, ‘With a Woman You Love’
Pryor & Lee’s Tour Bus Catches Fire While on the Road
Chris Stapleton Howls, Tom Morello Shreds in Dark New Song ‘The War Inside’