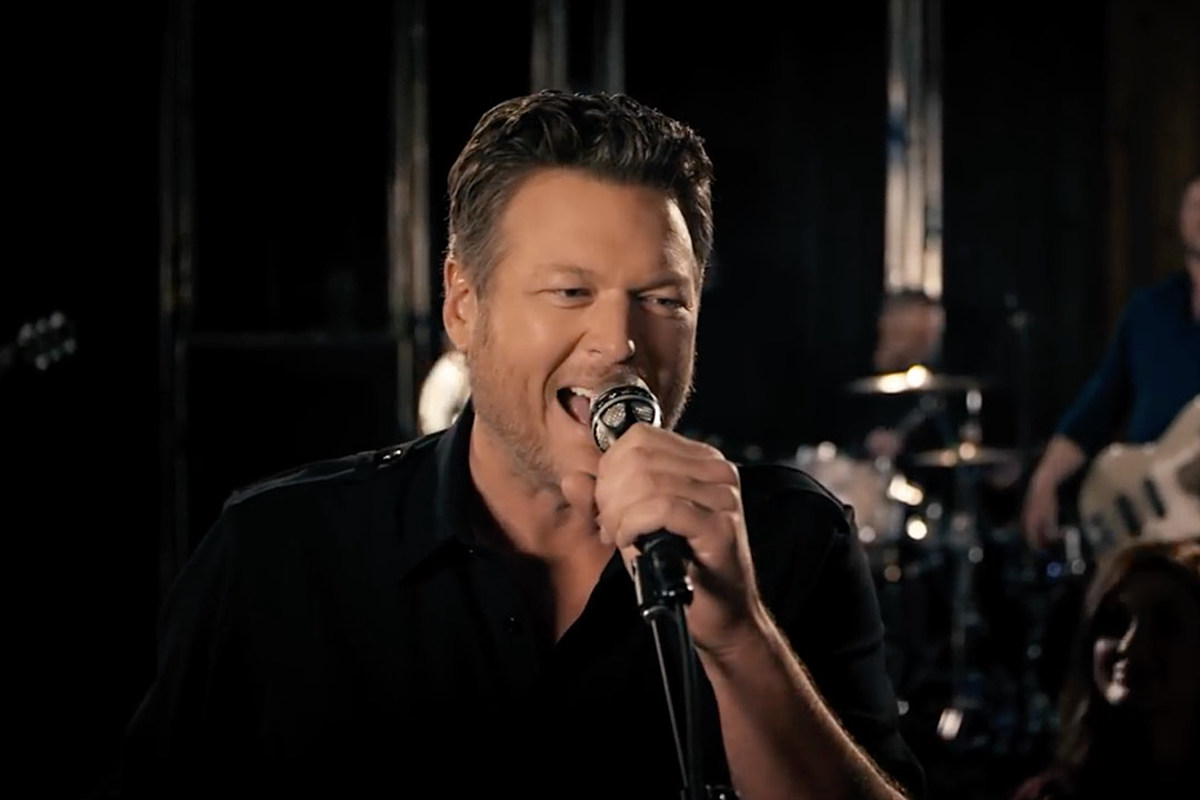 Blake Shelton is keeping it all in the (soon-to-be) family with his newest music video. The clip for the country singer’s hard-times love song “Minimum Wage” was directed by Todd Stefani, who just so happens to be the youngest brother of fellow artist Gwen Stefani, Shelton’s fiancée.

The video’s sure to have Shelton fans missing in-person live performances, though. Press play below to watch.

As the entertainer recently shared with CMT, he wanted his new song’s accompanying visual to evoke the feel of a real gig, so he shot it with his band at the Oklahoma restaurant and venue inspired by another Shelton song, “Ol’ Red.” Still, everyone had to follow strict coronavirus rules while filming.

“What I remember most is we had a lot of Covid protocol in place!” Shelton says of the shoot. “I really felt like the video needed to be a live performance, so we had a few fans at Ole Red in Tishomingo. Of course everyone had to be pre-tested and re-tested and temperature checks and social distancing. And every time the camera stopped rolling, someone would yell, ‘Masks up!’ There’s a lot of camera magic happening too because it looks like the place was packed.”

The singer adds that “Minimum Wage” has “such great tempo, and I can’t wait to be able to get back out on the road and play it for fans. So I felt really strongly that the music video needed to be a live performance with the crowd having fun! …

“What I hope people take away from the video is that live show feel. That sense of fun and community we have out there on the road,” Shelton adds. “I’m ready to play shows, I’m ready to go see shows, and I know music fans everywhere are, too.”

It’s certainly quite a thing to have the clip helmed by someone who will soon be Shelton’s brother-in-law. For those keeping track, however, Todd isn’t the brother who once performed with Gwen in No Doubt — that was Eric Stefani.

“Minimum Wage” is Shelton’s first song of 2021, likely to be included on a new studio album at some point. In 2019, the musician had some fresh tracks on his Fully Loaded: God’s Country collection.

PICTURES: Blake Shelton Through the Years