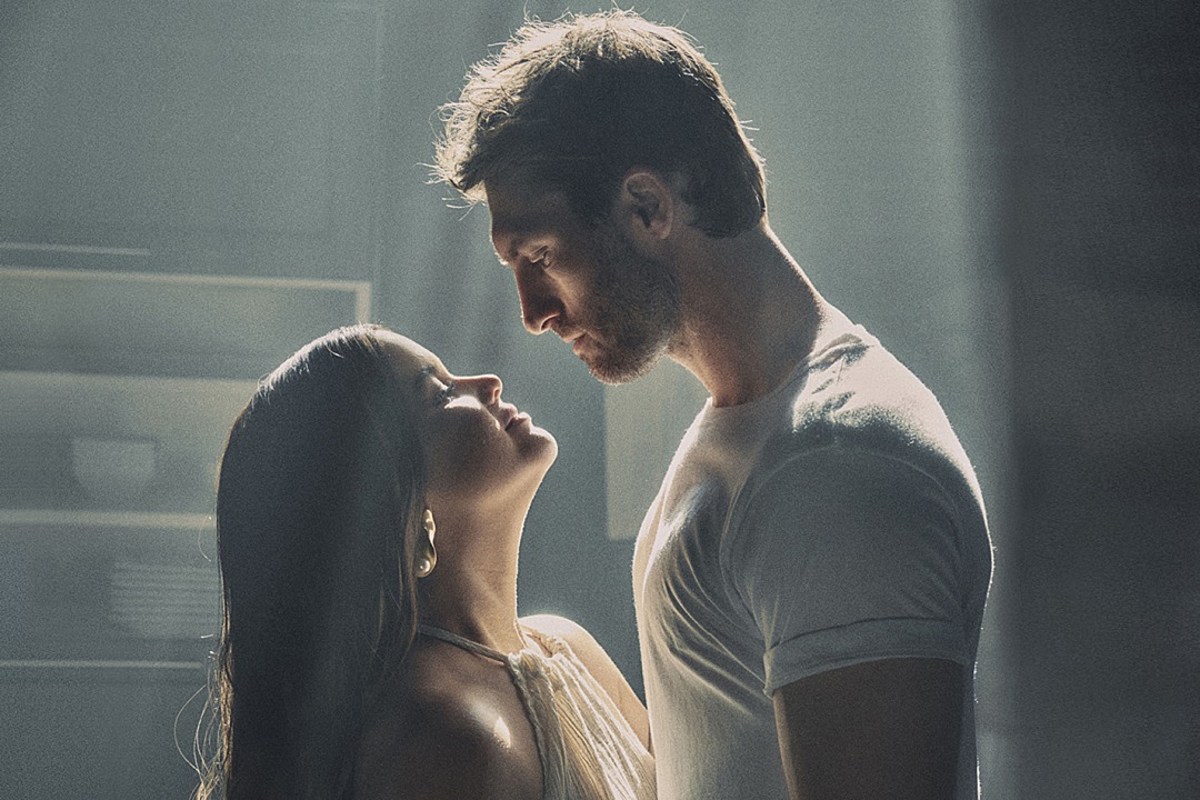 Maren Morris and Ryan Hurd’s romance began in Nashville’s writing rooms, but they’d yet to record an official duet together — until now. “Chasing After You,” which arrived on Friday (Feb. 12), pairs the married couple for a song about longing, waiting and loneliness.

Written by Brinley Addington and Jerry Flowers, “Chasing After You” “is actually pretty famous on Music Row,” Hurd tells Today’s Country host Kelleigh Bannen: It’s been put on hold by a number of artists, but never released.

“I felt really blessed when it kind of fell to me a couple of years ago,” Hurd notes. “We were on a beach in the Cayman Islands — I think it was the first trip we ever took together — and Maren was like, ‘I want to sing on that song with you.’ So this is years in the making.”

Teddy Reimer and Aaron Eshuis co-produced “Chasing After You,” which follows Hurd’s single “Every Other Memory.” He leads the first verse, while she takes the second, covering both perspectives of a couple who can’t seem to help falling back into old habits, even though it always ends the same way.

“I know, yeah, I know it’s a matter of time / ‘Til you walk, ’til you walk back out of my life / Leave me standing here lonely, feeling like a fool,” Hurd and Morris sing in harmony. “Every time, every time you say we’re done / You come back to the love you were running from / Don’t know why, don’t know why I let you, but I do / Guess I love chasing after you.”

Soon to be married for three years, Hurd and Morris welcomed their first child — a son, named Hayes — in March of 2020. Though this is the pair’s first duet, they’ve both written songs about each other and their relationship, recorded together and performed live together. Both artists say they’ve loved continuing to make music together as their relationship has progressed.

“It’s been really natural. And I think that that’s the best part about it,” Hurd says. “There’s moments that are hard to be a creative partnership and actually have a life together … but I think, for the most part, we do this together — we always have.”

Adds Morris, “I think that’s always going to be a part of our relationship, is being creative. There was a time that we wrote so many songs together, in the beginning, that we were scared — like, if we did get into a serious relationship, that we wouldn’t be able to write as honestly to and about each other in the room, but I don’t feel like that’s been the case. I think it’s only strengthened our dynamic in the writing room over the years.”

Morris, too, has been at work on new music, to follow her sophomore album, Girl, from 2019.