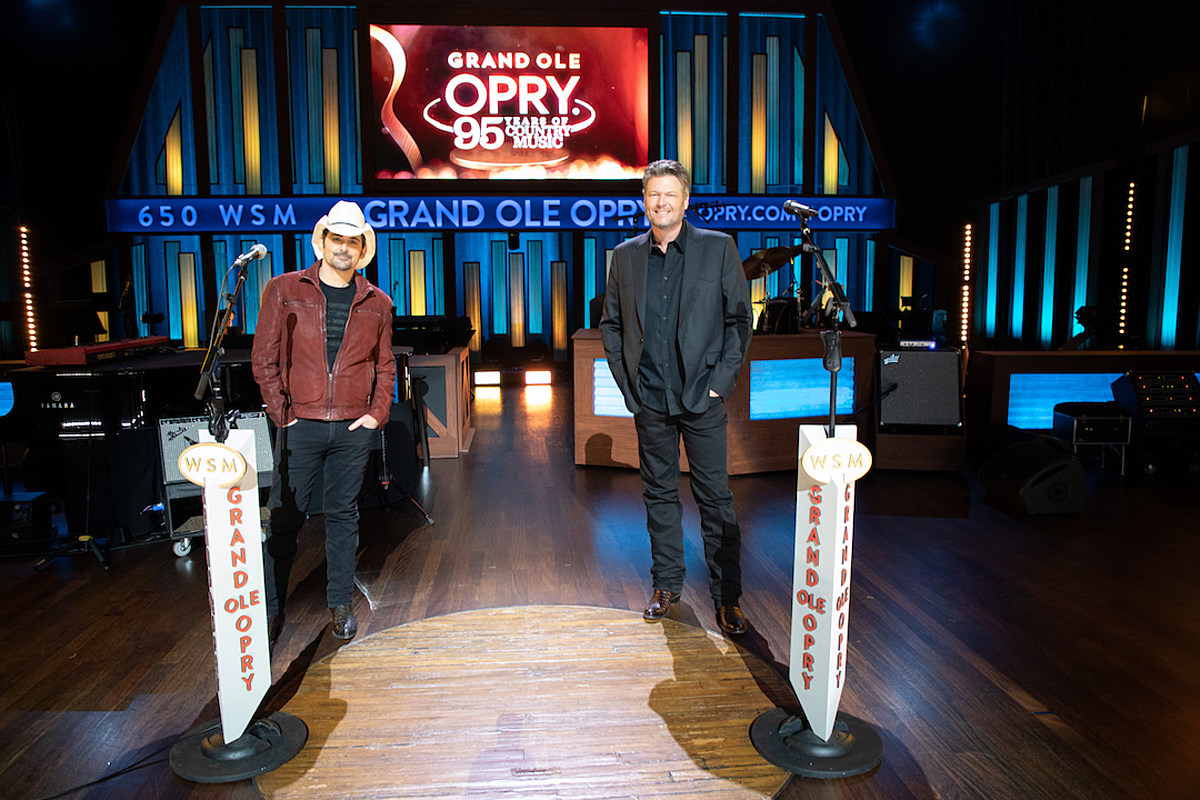 The Grand Ole Opry is celebrating the 95th anniversary of its world-famous show with a special two-hour broadcast on Sunday night (Feb. 14). Airing on NBC, the event will be hosted by Blake Shelton and Brad Paisley, two of the genre’s veteran performers, who’ve been official Grand Ole Opry cast members for 10 and 20 years, respectively.

The show, dubbed Grand Ole Opry: 95 Years of Country Music, will round up a collection of unforgettable sets from a wide range of performers, including some moments of modern-day Opry history in the making. Kane Brown‘s contribution to the special will also be his official Grand Ole Opry debut, and Lady A‘s performance was taped on the same night that Darius Rucker invited the trio to become Opry members.

“This special is going to capture so much of what makes the Opry a one-of-a-kind entertainment experience,” says Opry Vice President and Executive Producer Dan Rogers. “Ten-year Opry member Blake and 20-year member Brad guide us through a powerful Opry debut, an Opry membership invited [and] given to one of country music’s most awarded vocal groups, performances of some of today’s chart-topping hits and timeless songs that have rung out from the Opry stage for decades, and a look back at cherished members of the Opry family and musical moments that have come to define the Opry we know today.”

A handful of artists will offer up their renditions of classic country songs: Kelsea Ballerini will perform “When You Say Nothing at All,” originally performed by Keith Whitley but also made famous by Alison Krauss; Dierks Bentley and Marty Stuart will deliver Merle Haggard and Willie Nelson‘s “Pancho & Lefty;” and Lady A will sing a touching version of Randy Travis‘ “Forever and Ever, Amen.”

A slew of performers are also contributing original material to the show: Garth Brooks, Trisha Yearwood, Little Big Town, Darius Rucker, Old Crow Medicine Show, Dolly Parton and Carrie Underwood are among the special’s featured performers as well. In addition to their hosting duets, Shelton and Paisley will perform, too.

Grand Ole Opry: 95 Years of Country Music will begin at 9PM ET. Ahead of the show, get a sneak peek at all the featured artists performing from the Opry stage by flipping through the gallery below:

10 Things You Might Not Know About the Grand Ole Opry: