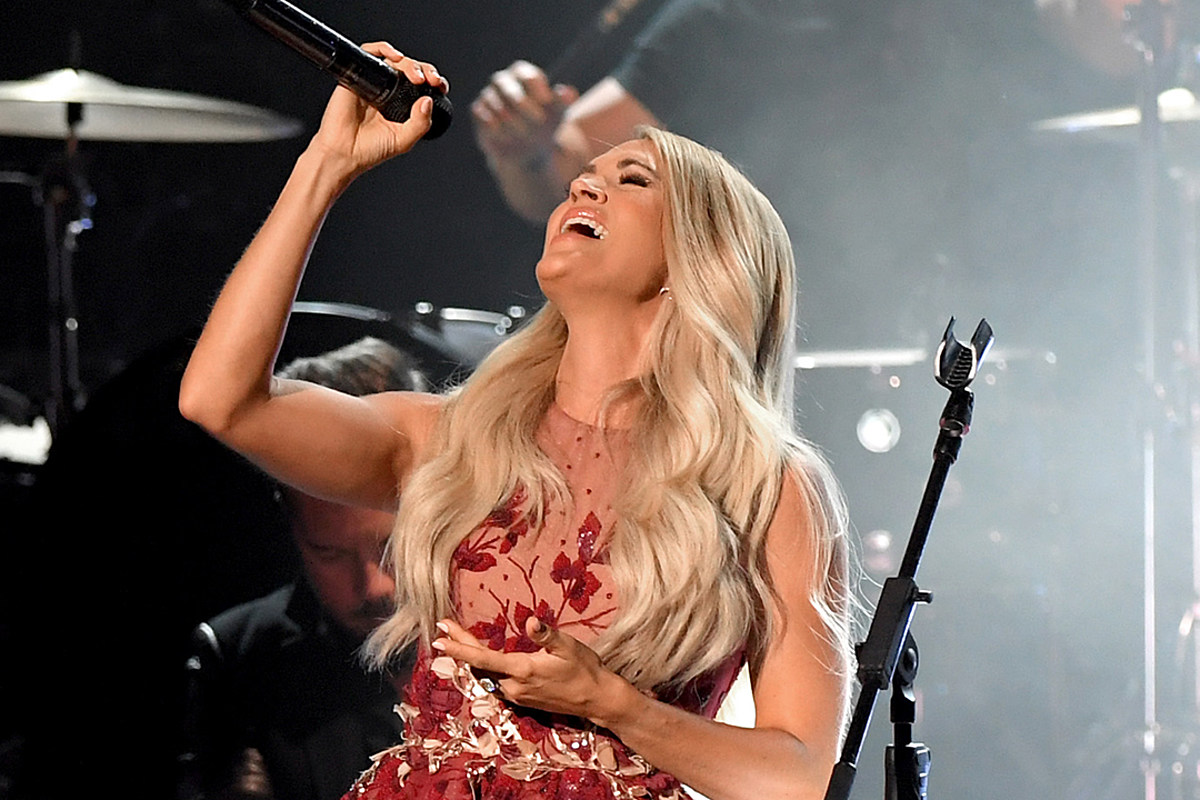 Carrie Underwood‘s new gospel album will feature 13 songs, including many already familiar to country music audiences. My Savior also includes a duet with a legend in the genre.

CeCe Winans will join Underwood on “Great Is Thy Faithfulness,” a traditional Christian song. The country singer’s second-straight side project will begin with an instrumental and also include songs such as “How Great Thou Art,” “The Old Rugged Cross” and “Softly and Tenderly” before closing with her version of “Amazing Grace.”

The full tracklist is below. David Garcia produced the album.

“For this album, I chose some of the familiar hymns I’ve been singing for as long as I can remember,” Underwood says on social media. “These songs set the foundation for me and I hope you love them as much as I do.”

Fans have heard Underwood sing ”Softly and Tenderly” before: At the 2017 CMA Awards, she performed the song as a backdrop to an in memoriam segment — a heart-wrenching moment that found the singer choking up as it concluded with the photos of the victims of the shooting at the Route 91 Harvest Festival.

Reba McEntire also recorded a memorable version of the song for her 2017 album Sing It Now: Songs of Faith and Hope, which earned her a Grammy in the Best Roots Gospel Album category. Kelly Clarkson and Trisha Yearwood joined McEntire for the song, a signature moment on the expansive project.

Look for Underwood’s My Savior to be available on March 26. It’s the follow-up — and, in some ways, the companion album to – My Gift, her Christmas album from last fall.

“I basically didn’t want all of that to end,” Underwood said of the music-making process last year. “I felt like my soul was in such a great place, I wanted to keep making music like the music off of My Gift.”

My Savior is Underwood’s eighth studio album. It’s been three years since her last country album, and many expect news of her next project to come in 2021, although the singer has only teased that that may be the case.

Of course, this record isn’t the first time Underwood has recorded Christian or gospel music. Songs including “Something in the Water” are staples at her live shows and among the best in her catalog.

See the Top 50 Carrie Underwood Songs — Who Should Be No. 1?

Alex Miller Devastated by Death of His Grandfather
Here Are Facts About Ricky Skaggs, Who Helped Shape The Course Of Country And Bluegrass Music
Gwen Stefani Shares New Video From Her Wedding to Blake Shelton
WATCH: Kelsea Ballerini Performs Endearing ‘Heartfirst’ on Kimmel
‘May We All’ the Musical Sparks National Tour, Concept Album