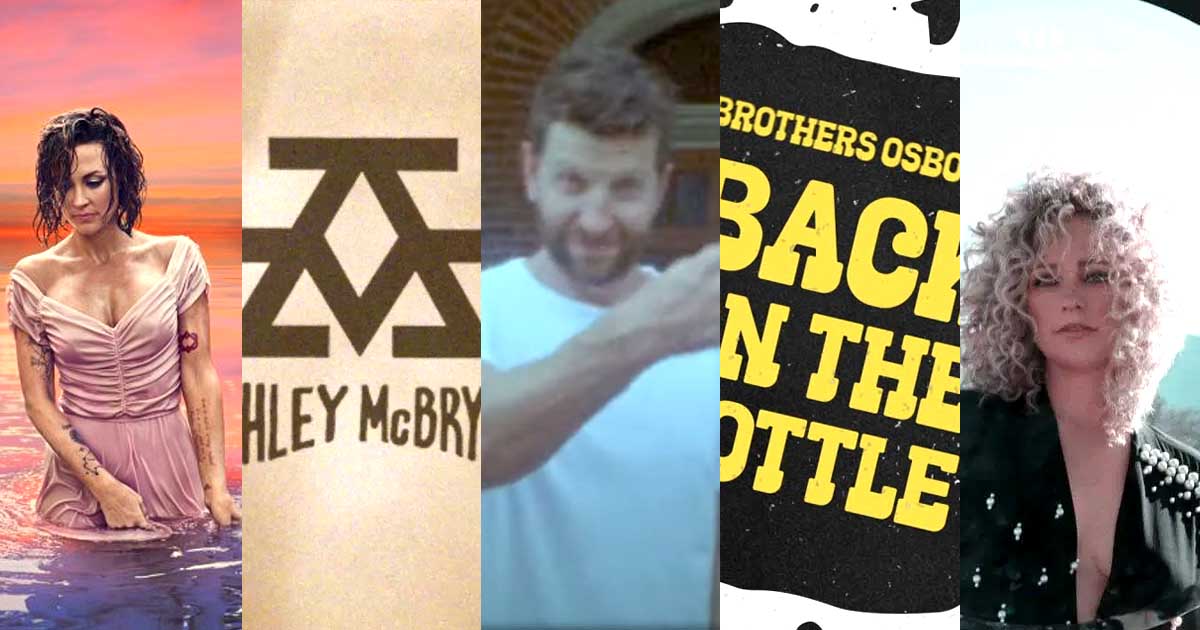 A span of 365 days is indeed too short for so many masterpieces that country music artists create in one year. Within it were the country songs that didn’t have the time to shine on Billboards’ monthly charts and CMA’s annual awarding. So, without further ado, here are some of country music’s undiscovered gems for the year 2020.

1. “The Problem” by Amanda Shires and Jason Isbel

This single by Shires features her husband in which they support and talk about cases of abortion. Despite the sensitive topic, they never cease to show their unwavering and unconditional love for one another and how they got each other’s backs in dire situations.

This entry from McBryde comes directly from her major-sophomore album, ‘Never Will’ where she talks about pursuing her dreams while feeling that something fierce and needed is lacking. This single is noted to be relatable to most people as it discusses hardships and lack of dedication.

This short track from Eldredge packs a lot of punch as it describes his ‘New York State of Mind’. For most people, it sounds reminiscent of some of the Billy Joel classics and its melody is sure to make you feel nostalgic for your hometown.

This is a song filled with barn-burner choruses along with a tailor-made barroom sing-along. For the Brothers, this musical style is way ahead of its time but with the right recognition, it’s enough to rile out a crowd ready for a long night of revelry.

Co-written by pop artist Sam Smith, this track can turn its listeners into an emotional rollercoaster through the subtle chiming of church bells in its background which depicts the wedding of the protagonists’ ex.

6. “It Won’t Always Be Like This” by Carly Pearce

This single is a self-written letter of Pearce to her younger self, which is a big dreamer who wanted to one day reach Nashville to pursue her musical career as a country artist.

The song’s first few lines can be quite misleading for first-time listeners as its feel slowly turns into a tragedy when the singer offers a kiss-off to the friend who turned into a lover before once again becoming a stranger to her life.

8. “Waste of Lime” by Ingrid Andress

This is Andress’s most light yet upbeat single yet, featuring a chill demeanor of a good time under the summer sun.

This song has been stored in one of his reserves for quite a while now. It features the beautiful relationship of the singer to his spouse and how they take care of each other’s vulnerabilities through openness and love.

This album by Wetzel is more that it meets the eye as it contains the memories of his late high school friend who had a big role in his life.

The protagonist in this single refers to his non-existent boat and realizing that money isn’t everything in the world, Bryan further depicts the song as a bond of a father and son who were not able to buy a boat but was happy and contended through the wisdom he imparts.

12. “Whiskey and Rain” by Michael Rain

The song depicts over perfect guitar lick and sad pedal steel the heartbreak that the song protagonist feels and how he quickly drained his bottle of Black Label while contemplating his emotions.

In this single, RaeLyn talks about his long-time ex and how she got over him. For her the song is quite cringy but, she was able to laugh it off as she goes through a new leaf.

This track is the materialization of Dick’s life story. It talks about his life as a child who was raised by his single mother, and emphasizes how one should never forget where they came from.

This song talks heavily about racism especially as Childers has quite a history of experiencing these things. He wanted to address all inequality in the world as he acts as a mouthpiece for those people who cannot speak up.