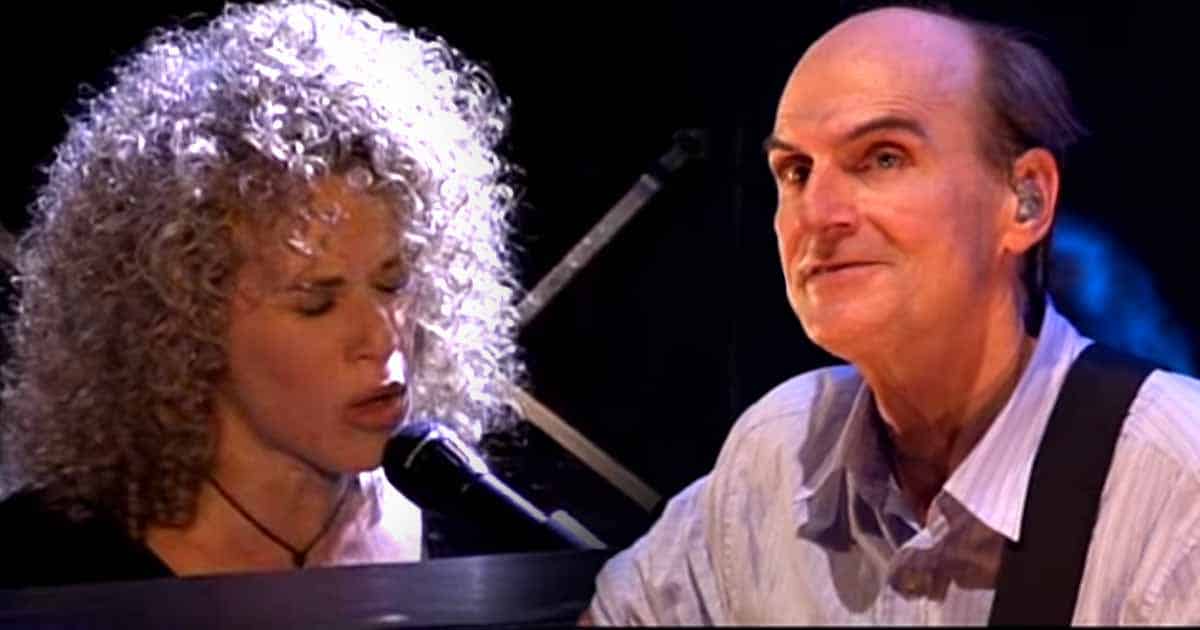 Written by Carole King, “You’ve Got a Friend” became the biggest and most popular hit for James Taylor, who was only twenty-three years old then. It was released as the first single off his 1971 album Mud Slide Slim and the Blue Horizon, and it reached No. 1 on the Billboard Hot 100 and No. 4 on the UK Singles Chart – making it his only No. 1 in America.

King has also recorded her own version that same year off her album Tapestry, which would eventually make her a colossal star. Interestingly, both artists won big during the 1971 Grammy Awards for the same song. Taylor snagged the Best Male Pop Vocal Performance while King took home Song of the Year. Over the years, several notable artists recorded “You’ve Got a Friend” – this includes Anne Murray, Michael Jackson, Aretha Franklin, Donny Hathaway, and Dusty Springfield.

According to James Taylor, Carole King told him that “You’ve Got a Friend” was a response to his 1970 breakout single “Fire and Rain.” On the chorus, Taylor sings, “I’ve seen lonely times when I could not find a friend” – and the young singer wasn’t kidding at all.

Taylor had plenty of struggles when he recorded that song, and what he went through were not the ones we often easily associate with folk singers. First of all, Taylor was suffering from depression so severe it sent him to the hospital. He’s also been battling with heroin addiction for quite some time. And during a motorcycle crash, Taylor had broken a whole lot of bones. All of that can be found in “Fire and Rain,” a pleasant song for such horrible times.

King heard that sad line about not finding a friend and responded in the most touching way. She wrote, “You’ve Got A Friend,” a sweet and simple song about total empathy. It’s about a friend making the promise to always be around and help out.

“You just call out my name. And you know wherever I am. I’ll come running to see you again. Winter, spring, summer, or fall, all you have to do is call, and I’ll be there. You’ve got a friend,” the song goes.

Taylor heard “You’ve Got a Friend” for the first time in November 1970 while playing a week of shows at The Troubadour in Los Angeles. By this time, Taylor’s second studio album Sweet Baby James had taken off, helping him to draw such large crowds. Taylor then asked his good friend Carole King to be his opening act. Though King was hesitant in the beginning as she wasn’t used to playing her own songs live and easily gets very nervous, she still happily obliged!

While doing some soundchecks, King played “You’ve Got a Friend” and Taylor listened on the balcony.

Not long after, during Taylor’s recording session for his Mud Slide Slim and the Blue Horizon album, Taylor recalled, “We had already cut two songs that day, but we still had studio time and a lot of energy. Peter [Asher] said, “Well, why don’t you play ‘You’ve Got a Friend’?” We did, and it sounded great.”

The only problem was that Taylor and his team did not ask for King’s permission. “I sheepishly called her up and said, ‘We didn’t really mean to do it, but we’ve recorded ‘You’ve Got a Friend,” and she said, ‘Fine, go ahead, put it out,’ which was remarkably generous,” Taylor added.

Four decades later, during Taylor and King’s Troubadour Reunion Tour, the two talented singers performed “You’ve Got a Friend” together and had the crowd cheering on their feet at the end. Indeed, this is one of the most enduring songs in music history. You can listen to it in the video below.

“You’ve Got A Friend”: A Country Rendition By Don Williams

James Taylor Serenades Us With His “Handy Man”

Faith Hill’s Rendition of “What Child is This?”