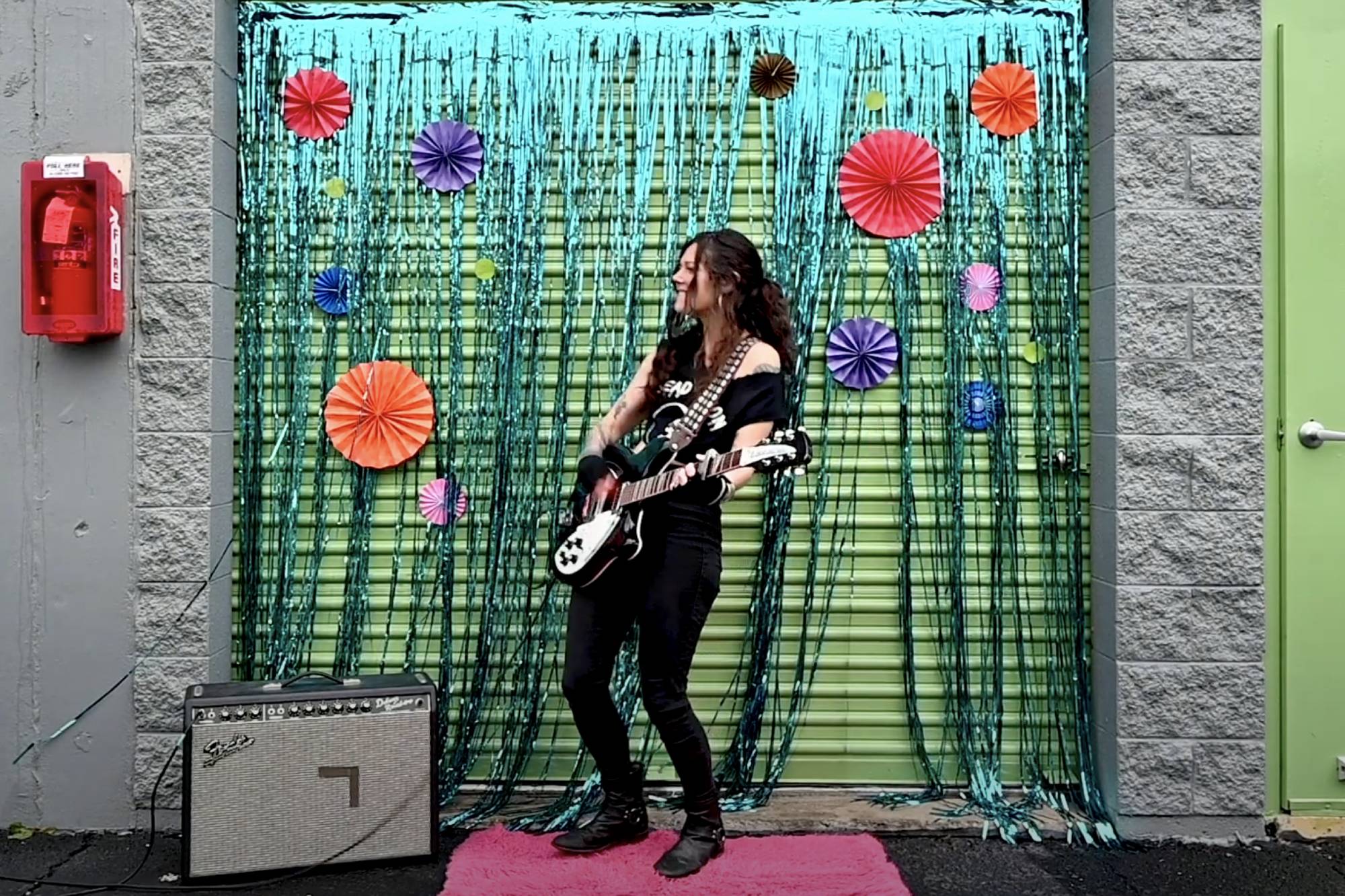 Lilly Hiatt hosts an impromptu solo concert for herself in the new video for “P-Town,” a standout track from her 2020 album Walking Proof.

Hiatt’s sister Georgia Rae makes her directorial debut with the clip, which centers on Hiatt’s visit to a self-storage facility. Against the unit’s lime-green door, Hiatt drapes turquoise streamers and colorful floral pinwheels, creating a perfect backdrop for her to grab her Rickenbacker and strum along with the crunchy tune. She also goes on a search of the unit, digging through the stacks of boxes containing mementos of her life.

It fits in a way with the lyrics of “P-Town,” which show Hiatt sifting through a series of events in Portland, Oregon, as a relationship fizzled out. “We ignored each other that whole walk on the bridge/Don’t you hate when people say, ‘It is what it is’?” she sings, her hook meshing with the fuzzed-out rhythm guitar and stinging solo.

Released in late March, Walking Proof is Hiatt’s second album for the New West imprint and includes contributions from Amanda Shires, Aaron Lee Tasjan, and Hiatt’s famed songwriting father John Hiatt. In October, she joined up with singer-songwriter Dave Hause on a cover of Dillinger Four’s “Doublewhiskeycokenoice” as part of Hause’s tribute to Paddy Costello.