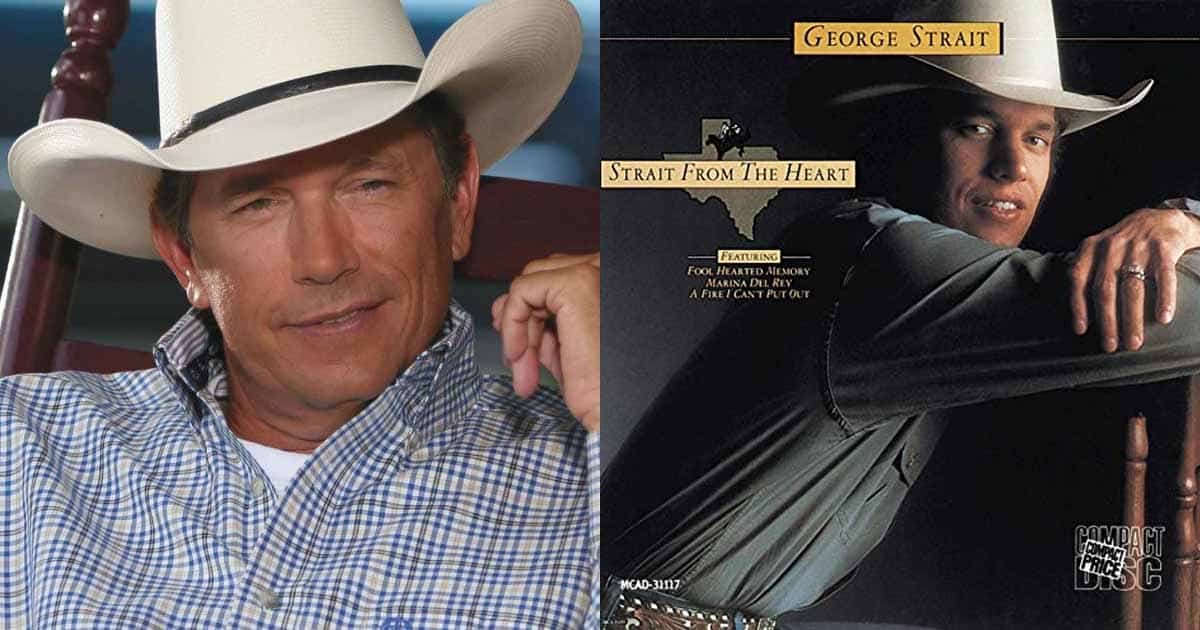 It has been nearly four decades since George Strait earned his first No. 1 hit with “Fool Hearted Memory.”

The song was released as the first single from Strait’s album Strait from the Heart and was included in the soundtrack of the film The Soldier. Strait has also made a cameo in the film.

The Song That Helped Strait’s Career Take Off

Written by Byron Hill and Blake Mevis, “Fool Hearted Memory” tells the tale of a man whose heart won’t let him forget the woman who walked out on him. Every night he fools himself by thinking that she will come back. He would then spend the rest of the evening replaying their memories over and over.

Byron Hill recalled to Country Weekly how “Fool Hearted Memory” came into fruition. “I had written a song for a movie called The Exterminator,” Hill said. “The same company came to my publisher and wanted a song for The Soldier. But there was more to it. The studio wanted a major-label artist to record the song and perform it in the movie. And they would only commit to the song if it was released as a single.” So they came up with a plan to fill the bill on a rising young artist named George Strait

Unfortunately, the film was not a success, but “Fool Hearted Memory” helped Strait’s career take off. It paved the way for more No. 1 singles than anyone in music history and made Strait an artist who has never produced anything less than a gold album.

“George was just starting to happen and was very open to the idea of being on a movie soundtrack,” Hill continued. “The song, which was really going to be pretty insignificant in the scheme of things, turned out to be a lot bigger than the movie.”

The stars have indeed aligned not only for Strait, but also for the two songwriters who have written a great song. “Fool Hearted Memory” was also Hill’s first No. 1 and has now more than 600 cuts – several of them are No. 1s. Mevis has also continued to have a highly successful career, producing Craig Morgan, Keith Whitley, and others.

“I’m always careful not to use the word ‘great,’ but it really is a great song,” Hill added. “But I think it also takes a great artist and a great history to make something really ‘great.’ The song just really fit the situation at the time.”

You can listen to George Strait’s heart-wrenching performance of “Fool Hearted Memory” in the video below.

George Strait’s “I Believe,” A Song About Faith and Compassion

Bryan Adams with his Hit, “Straight from the Heart”

Reba McEntire’s “Consider Me Gone” is a ‘Strong Woman’ Song

Warning From Two Outlaws: “Mammas, Don’t Let Your Babies Grow Up To Be Cowboys”