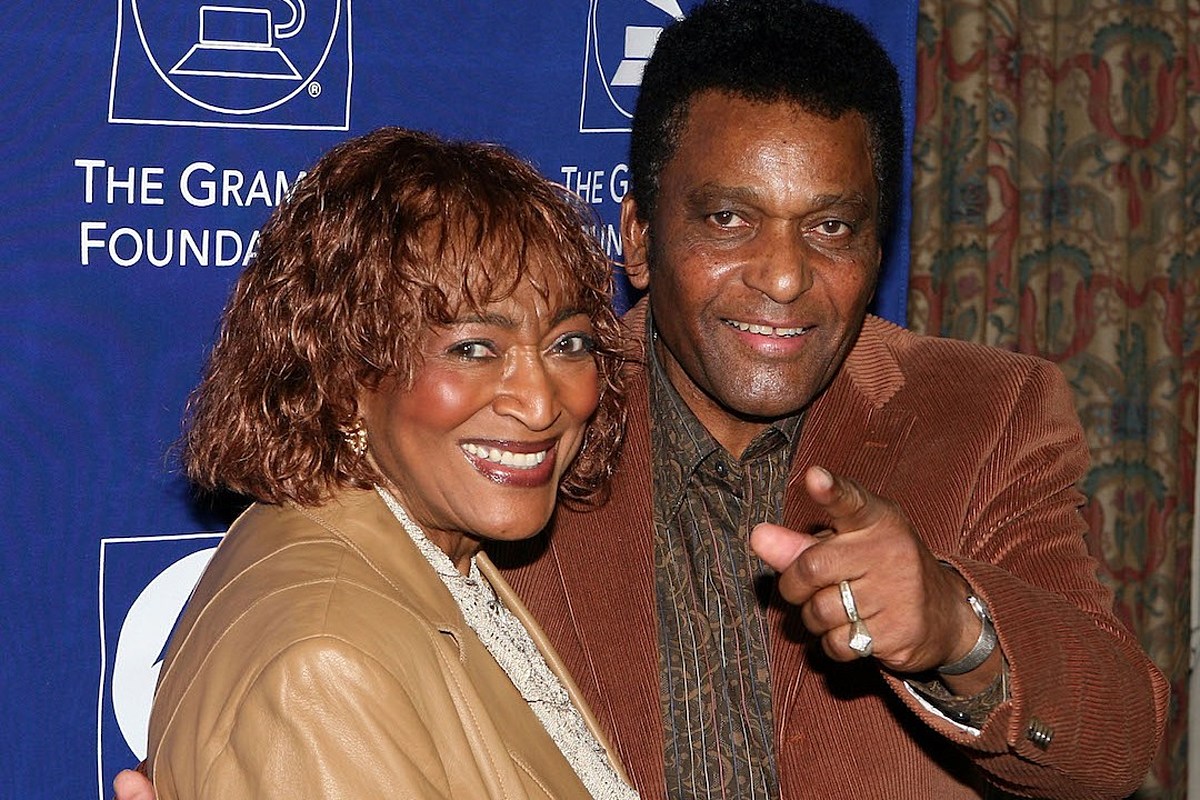 On Dec. 28, 1956, a young Charley Pride and his wife, Rozene, got married. They’d just met earlier that year: He was playing Negro League baseball for the Memphis Red Sox and she was a dedicated baseball fan.

Although the couple were only in their early 20s at the time, and married after a whirlwind courtship, their love stood the test of time. In fact, the Prides were married for more than six decades, until his death in December of 2020.

Born in Sledge, Miss. in 1934, Pride learned to love the Grand Ole Opry from his musical father, and even taught himself to play guitar at age 14.  But it was sports, not music, that captured his attention first on a professional level. As a teenager, he traveled to Memphis to play baseball, and it was there that he met his future wife, who was working as a cosmetologist.

After the couple wed, Rozene became Pride’s business manager; however, it would be another decade before he found success in country music. The pair settled in Helena, Mont., in 1960, after Pride’s two-year stint in the Army, and he began singing in bars and venues around town. At the same time, he was also pursuing baseball while working in a smelting plant.

Finally, Pride decided to bid goodbye to his Major League baseball dreams and focus his attentions on a career in country music, which began showing serious promise in 1965, when Chet Atkins signed him to RCA Records. Rozene continued to play a huge behind-the-scenes role in her husband’s career, advising him on career moves as well as hobnobbing with industry insiders to help Pride get ahead in country music.

“I mention my wife, because I remember we used to visit Chet Atkins,” Pride recalled backstage in the virtual press room at the 2020 CMA Awards, where he was honored with the Willie Nelson Lifetime Achievement Award. “Chet used to say, ‘Rozene, you’re so pretty.'”

As Pride’s career began to blossom, his family was growing, too. Pride and Rozene welcomed three children over the course of the late 1950s through mid-’60s: a daughter and two sons, the latter of whom have gone on to pursue music careers themselves.

The family settled in Dallas, Texas, where they remained throughout Pride’s life. The decision of where to live, Pride told the Dallas Morning News in 2017, came in part from the experiences of racism he and Rozene had faced in the various cities where they’d lived in the past.

“I grew up in a segregated society, and I didn’t want to subject my three kids to that,” he explained. “We picked out what we thought was the best place for the kids and also for traveling around the world, and you couldn’t find a better place for that than Dallas.”

In November of 2020, at the age of 86, Pride gave what would turn out to be his final performance at the CMA Awards, where he performed his hit “Kiss an Angel Good Mornin'” alongside Jimmie Allen. Allen also presented Pride with his Lifetime Achievement Award that evening.

On Dec. 12, news broke that Pride had died of complications of COVID-19. In the days that followed, a statement from the singer’s family revealed that he’d been hospitalized with symptoms of the virus since late November.

Some fans expressed concern that Pride could have potentially contracted COVID-19 at the awards show, which was an in-person event — albeit one with a limited guest list, and no live audience. Despite the Country Music Association requiring artists, staff and other attendees to undergo rounds of testing and putting other security measures in place, many viewers did note that artists weren’t wearing masks while seated in the banquet hall where the show was held, and also remarked on the seating chart. The CMA released a statement during the show reiterating their protocols, and following Pride’s death, the CMA once again put out a statement to reaffirm the precautions they’d put in place, adding that the singer had tested negative for COVID-19 multiple times after returning to Dallas following the awards show.

Just a couple of weeks after his death, Dec. 28, 2020, marks what would have been Pride and Rozene’s 64th wedding anniversary, only three days after Christmas. Though it will undoubtedly be a difficult holiday season for Pride’s family, the singer left behind many musical memories as well as remembrances of his friends and peers. On his Facebook page in early 2015, Pride posted a New Year’s greeting to his fans, offering a glimpse into what the holidays were often like in the Pride household:

“Rozene and I often invite family, friends and staff over to our house in Dallas on Christmas day,” he wrote. “This past Christmas, we probably had 30 or more people at the house. Randy Travis, who has a ranch north of town, stopped in during the festivities, and he seemed to be recovering from his [2013] stroke real good. Other than that, Mickey Gilley and I recently had a chance to hang out and talk about songs and the old times. Mickey seems to be doing well.”

Throughout their lives together, Pride and Rozene created a home where they fostered each other’s talents and the talents of others, often being known to open their home and hearts both to old musical friends and up-and-coming artists.