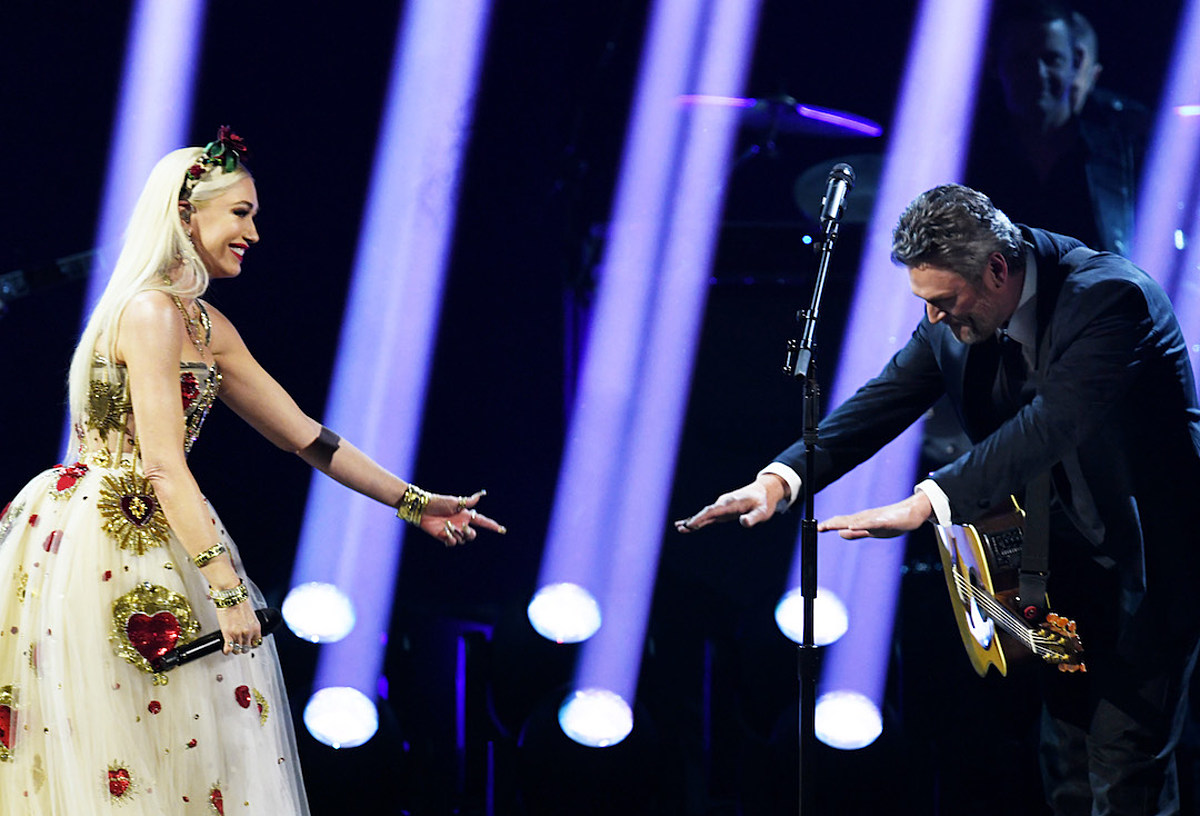 Stefani shared her excitement over the win on social media, squealing along with Rubin on Twitter and sharing video footage of herself leaving The Voice‘s studio, still buzzing with excitement, to her Instagram Story.

“I just beat Blake Shelton at The Voice! Just so you know,” she gushed to her followers.

Of course, Shelton’s not just Stefani’s fellow Voice coach — he’s also her fiancé, and he was on hand to defend himself in the background of the video.

“This show’s rigged,” commented a dejected Shelton as Stefani panned the camera over towards him in order to gloat.

But on Twitter, the country star was a little bit more gracious of a loser. “Congrats on the win … I’ll let this one slide!” he writes, adding to Rubin, “If anyone beat #TeamBlake, I’m glad it’s you.”

It’s Stefani’s first win as a coach on The Voice, and her fifth time appearing as a coach on the show, though she has announced she will not return next season. By contrast, Shelton has won six times — more than any other coach in the show’s history. Of course, part of his luck on the show can perhaps be chalked up to the rule of averages. He’s the only coach to remain a constant presence for all 19 seasons.

Before Stefani and Rubin’s win was announced on Tuesday night, the pair performed Stefani’s holiday duet, “You Make it Feel Like Christmas,” which the singer originally included on her 2017 Christmas album as a duet with Shelton. In fact, the lovebirds co-wrote the holiday hit, along with Justin Tranter and the late songwriter/producer Busbee.

The other three Season 19 coaches — Shelton, Kelly Clarkson and John Legend — also took the stage with their respective team members during the finale. The coaches even joined forces with this season’s Top 20 for a rousing rendition of Brenda Lee’s iconic “Rockin’ Around the Christmas Tree.”