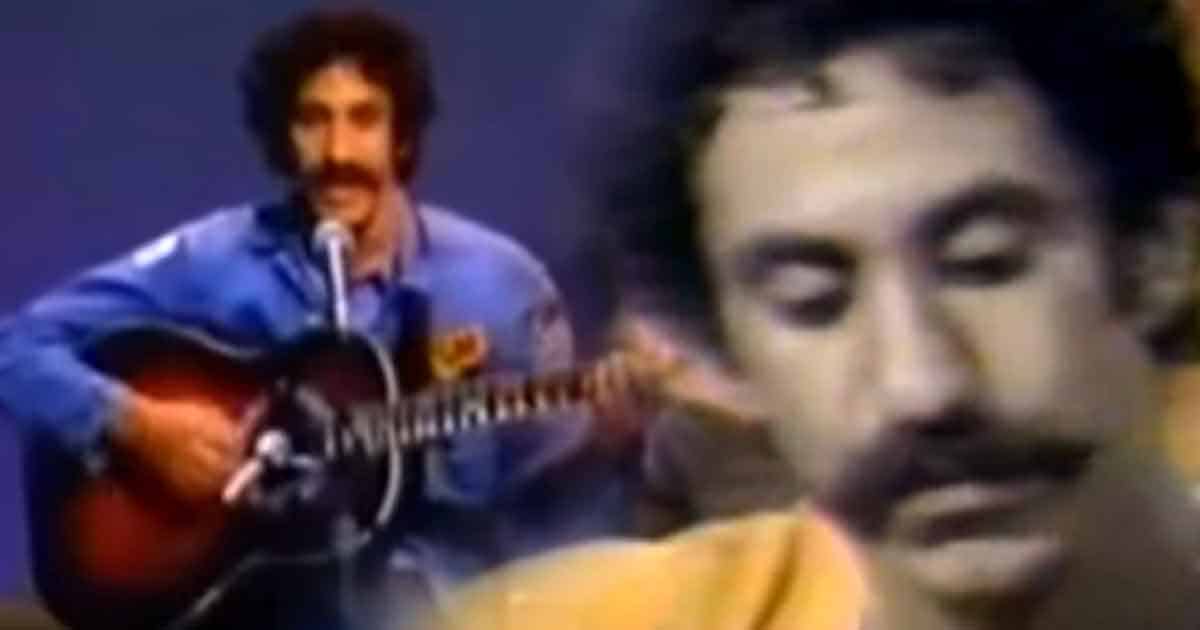 A year after Jim Croce died in a plane crash in Natchitoches, Louisiana, “I’ll Have to Say I Love You in a Song” was posthumously released as a single from his album I Got a Name in 1974.

The song then entered the Billboard Hot 100 chart at No. 73 but quickly reached No. 9, making it Croce’s fifth and final Top 10 hit. In addition, “I’ll Have to Say I Love You in a Song” went to No. 1 on Billboard Adult Contemporary Chart and No. 4 on Canadian RPM Top Singles. It also peaked at No. 68 on Billboard Country Music chart; it was Croce’s only song on the said chart.

The Story Behind The Romantic Song

Written by Jim Croce himself in early 1973, “I’ll Have to Say I Love You in a Song” tells the tale of a man who always runs out of things to say every time the woman he loves is around.

Croce wrote the song when he arrived home one weekend after being on the road for many months and unfortunately ended up having a disagreement with his wife, Ingrid. But rather than arguing with her, Ingrid said that Croce “went downstairs, and he started to play like he always did when he wrote … the next morning, he came up early in the morning and sang it to me.”

Ingrid has also written an autobiographical cookbook, Thyme in a Bottle, in which she included even more interesting anecdotes about the singer and the classic song.

“Though Jim was expecting company the next day, avoiding confrontation, he never told me that we were to be joined by an entire film crew! The next morning, fifteen people from Acorn Productions descended upon our house to record a promotional film of Jim Croce at Home on the Farm,” Ingrid wrote – who had to prepare breakfast, lunch, and even dinner for the whole film crew.

When the group finally left, Ingrid asked Croce about their finances. Even if Croce had already worked very hard on the road for a year and a half, the couple was still barely making ends meet. However, the singer chose not to talk about the pressing issue.

“He hated questions as much as he hated confrontation, especially about money,” Ingrid added. “He stormed out of our bedroom and went down to the kitchen table to brood. The next morning he woke me gently by singing his new song. ‘Every time I tried to tell you, the words just came out wrong. So I’ll have to say “I love you” in a song.’” And the rest was history!

Tune in below and watch Jim Croce’s breathtaking performance of “I’ll Have to Say I Love You in a Song” in the video below.

Breath of Fresh Air And Our New Cup Of Tea: Kacey Musgraves

Let Jesus Take the Wheel and Take Care of Everything

Kacey Musgraves Has Something to Say to Alabama

How Travis Tritt Launched The Eagles Back On-Air