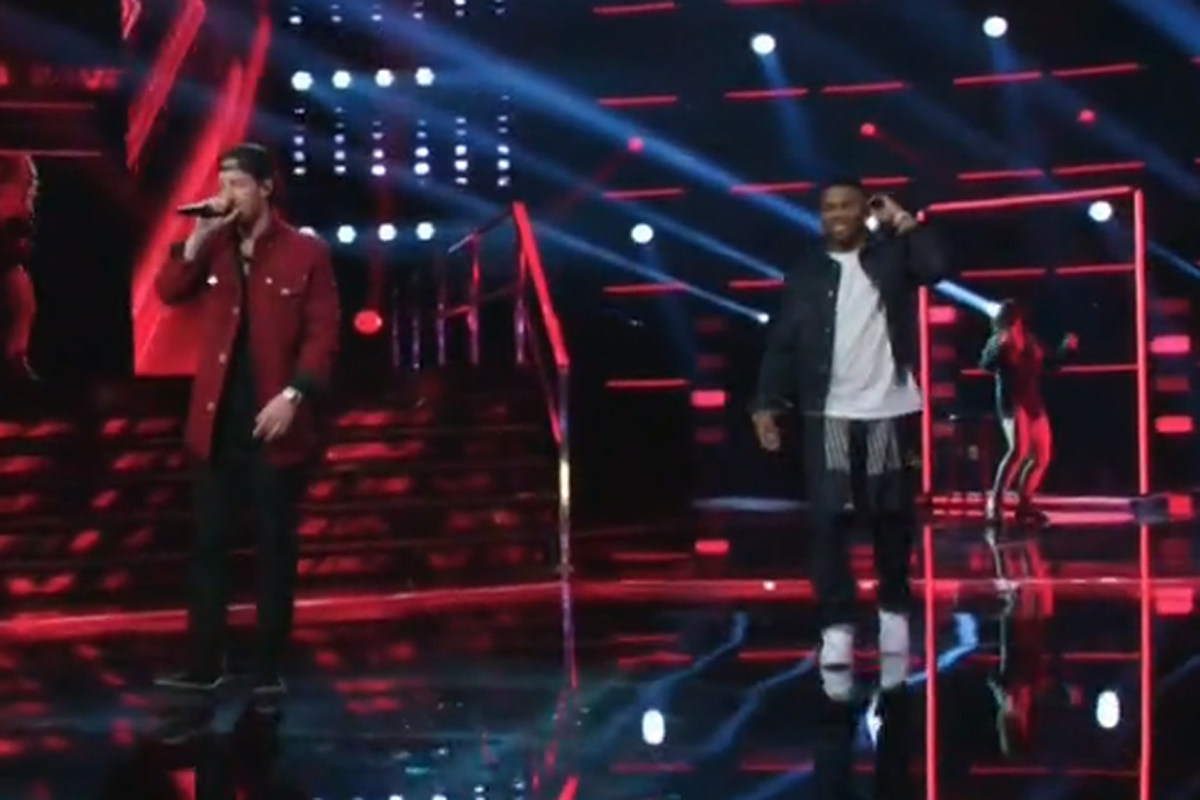 Florida Georgia Line singer Tyler Hubbard and rapper Nelly brought a high-energy performance to the set of The Voice on Tuesday night (Dec. 15) performing their current collaboration, “Lil Bit,” during the Season 19 finale.

The stage of The Voice was dark with red highlights that coordinated with their wardrobe; Nelly wore black, while Hubbard wore a red plaid shirt and black pants, with a backward baseball cap on his head. They kept their distance from one another during the performance but still had great interaction, picking right up on each other to keep the music flowing. A team of dancers in the background completed the production for the performance, which followed right after a show-opening performance of “Rockin’ Around the Christmas Tree” from the Season 19 Top 20.

Nelly and FGL released the new collaboration in October, reprising a musical partnership that began with their mega-successful remix of FGL’s career-launching hit, “Cruise.” Hubbard’s partner, Brian Kelley, was absent from the proceedings on Tuesday, but not to worry; the duo recently dispelled rumors of a breakup that flared up after Hubbard briefly unfollowed Kelley on social media during the tense 2020 election cycle.

The superstars were part of a lineup of special performances for the 2020 finale of the iconic reality singing competition that also included Keith Urban, Dan + Shay, JP Saxe with Julia Michaels, Lauren Daigle, Lewis Capaldi and 24kGoldn.

The Voice coaches Blake Shelton, Gwen Stefani, Kelly Clarkson and John Legend also performed with their remaining team members during the Season 19 finale of The Voice.

Ian Flanagan and Jim Ranger from Shelton’s team, Carter Rubin from Team Gwen, Desz from Team Kelly and John Holiday from John Legend’s team faced off during the first night of the two-night season finale on Monday night (Dec. 14), with each of the Top 5 singing one cover and one original song to compete for votes one last time. Carter Rubin was crowned the winner of Season 19 of The Voice at the end of the night on Tuesday.