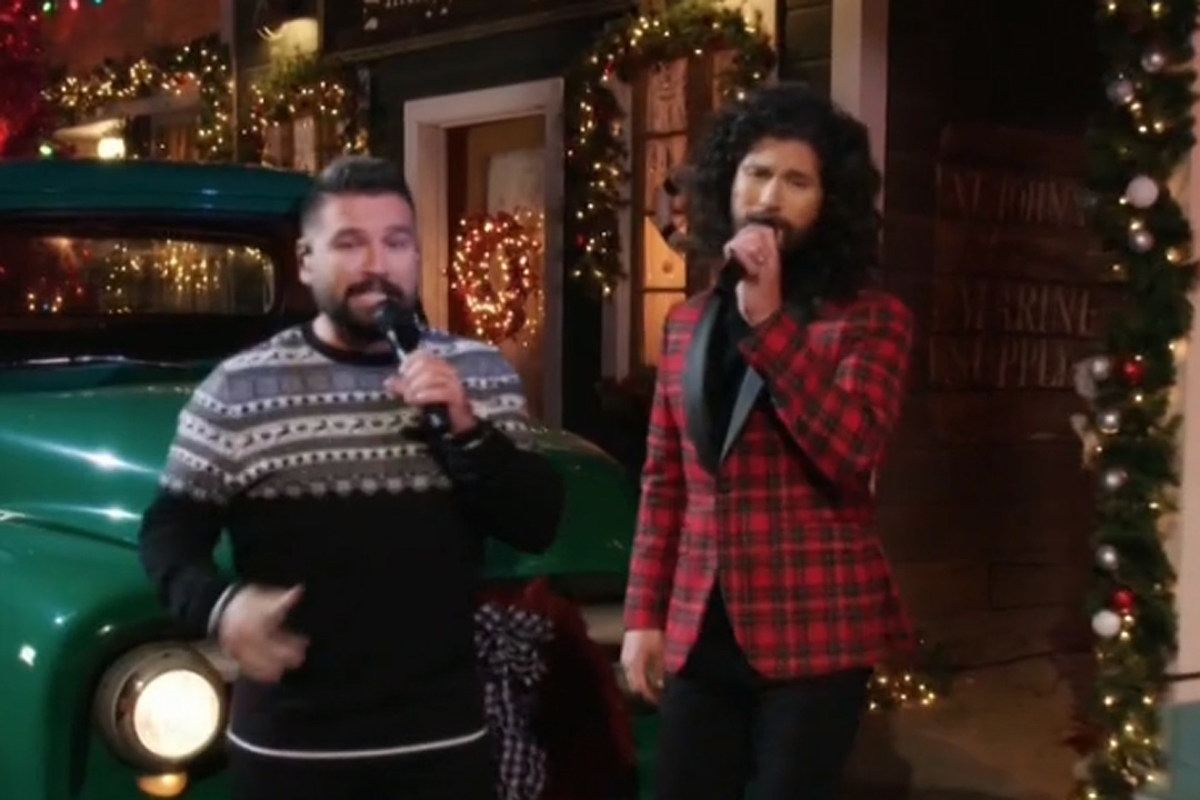 Dan + Shay took the stage during the Season 19 finale of The Voice on Tuesday evening (Dec. 15) performing their current holiday song, “Take Me Home for Christmas.”

They performed the romantic, mid-tempo Christmas song on a set made up like a traditional small town decorated for the holidays, with Shay Mooney wearing a Christmas sweater and Dan Smyers wearing a red-and-black checked jacket. Their silky-smooth harmonies blended perfectly, and a troupe of dancers provided an entertaining backdrop to the feel-good performance.

The Voice coaches Blake Shelton, Gwen Stefani, Kelly Clarkson and John Legend also performed during the Season 19 finale of The Voice, and the Season 19 Top 20 gave a special performance of “Rockin’ Around the Christmas Tree.”

Ian Flanagan and Jim Ranger from Team Blake, Carter Rubin from Team Gwen, Desz from Team Kelly and John Holiday from Team Legend squared off during the first night of the two-night season finale on Monday night (Dec. 14), with each of the Top 5 singing one cover and one original song to vie for viewer’s votes one final time. Rubin was crowned the winner of Season 19 of The Voice at the end of the night on Tuesday.