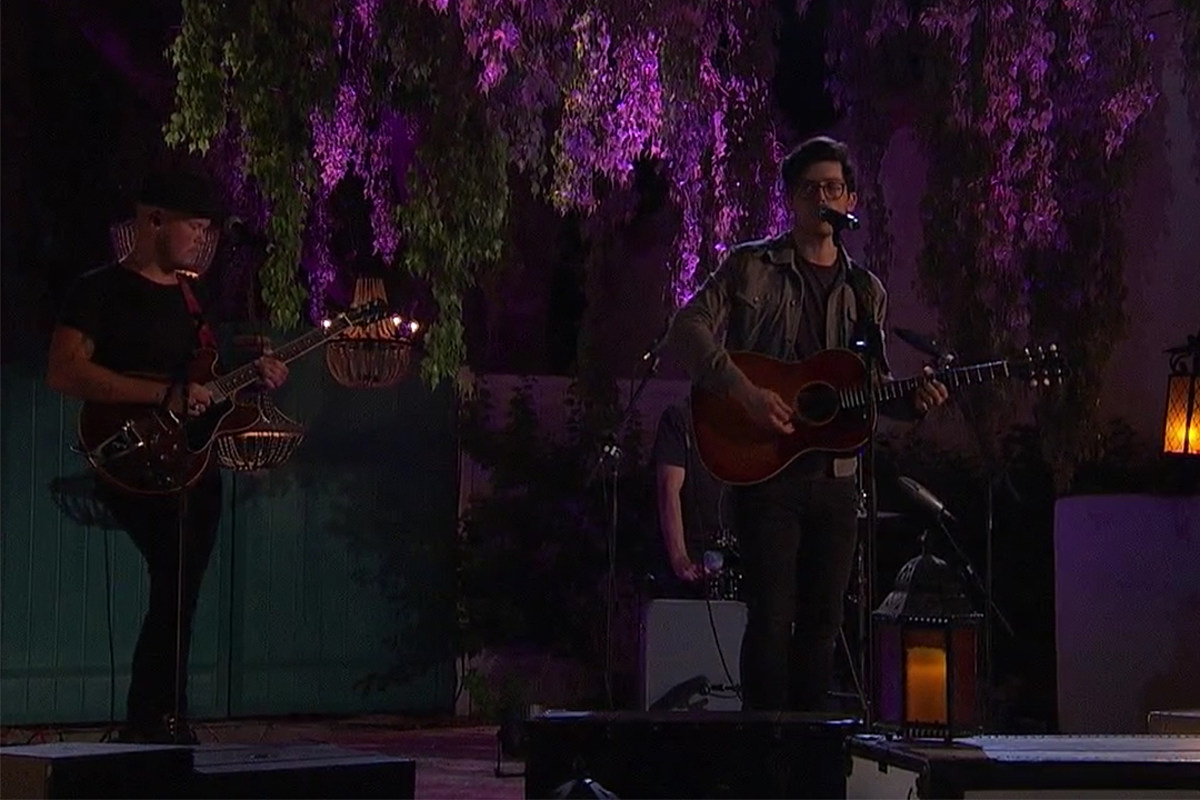 During the Dec. 9 episode of The Bachelorette, a familiar country music face graced viewers’ TV screens. Country singer and songwriter Adam Hambrick made his national television debut on the show, during one of bachelorette Tayshia Adams’ one-on-one dates with contestant Ben Smith.

Hambrick played his newest song, “Between Me and the End of the World,” a number written about Hambrick’s wife, a physician assistant who has been treating patients throughout the novel coronavirus pandemic. The song reflects on how it’s been for Hambrick to watch his wife work selflessly for others, risking her life.

After Hambrick performed, “Between Me and the End of the World” climbed to No. 6 on the iTunes country chart. Clearly, fans were intrigued by the country up-and-comer.

Hambrick’s fans, too, were nothing but thrilled to see the country singer doing his thing on national television:

“Tayshia! It was an honor to be the soundtrack for your date tonight. Hope you find exactly what you’re looking for on this ride. #TheBachelorette Wishing you the very best,” Hambrick captioned a series of snapshots from his performance.

Season 16 of The Bachelorette is dwindling down to its final contestants, Adams hoping to end up with a fiancé after an anything-but-normal season. Claire Crawley was this season’s original bachelorette, but after she met her now fiancé Dale Moss, she ended up leaving the show, and Adams replaced her. Additionally, the entire season’s drama has unfolded at the La Quinta in Palm Springs, Calif., due to COVID-19.

On Dec. 15, Adams will get to meet the final contestants’ families. Then, on Jan. 4, the newest season of The Bachelor airs with leading man Matt James looking for love.