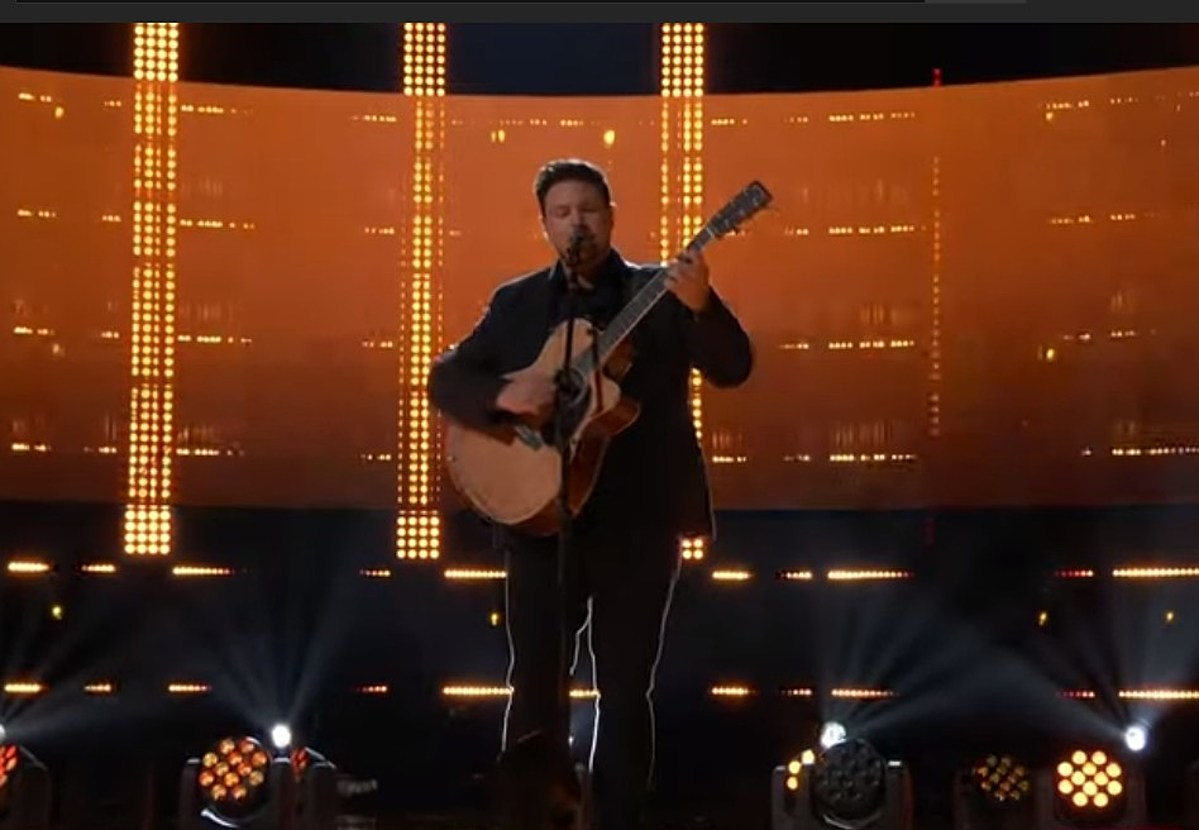 It’s down to the wire! The Top 5 contestants on The Voice mustered up the very best they had for America’s votes, one day before the Season 19 finale, on Monday (Dec. 14). Every coach’s team is represented, so who will bring home the honor on Tuesday (Dec. 15)? It’s up to viewers!

Monday night had the five hopefuls up onstage trying their pipes at two different approaches: a cover song and an original song. A crowd favorite all through the season has been Team Blake‘s Ian Flanigan, an unassuming guy who startled everyone from the beginning by opening his mouth and pouring out one of the most gravelly, world-weary voices the show has ever seen.

Flanigan’s choice of cover showed off all the nooks and crannies of Flanigan’s unique vocals perfectly: He selected the smoky, mellow “In Color” by Jamey Johnson. Viewers at home were treated to a black-and-white set, littered by Flanigan’s own family photos, that, at the very end, subtly turned to full color.

The song was one that Shelton himself told Flanigan to “sing as if you wrote it,” and he delivered. The performance was quite measured and didn’t have any fireworks; it was all full character from the heart, so it remains to be seen if America will respond to this approach. Shelton noted that he doesn’t know where Flanigan lands in a musical timeline; however, “It’s iconic,” he pronounced.

Flanigan followed his Johnson cover up with his original song of the night, “Never Learn,” which kept him in the understated, raspy groove he does best. The song, softly melodic with touching lyrics, had Shelton getting gooey and wanting to hug Flanigan (which of course, because we’re in a pandemic, he could not).

It also impressed coach John Legend, who is a dad, like Flanigan, and related to the heartfelt lyrics, which included such lines as “I could teach you how this cruel world turns, but I hope you never learn.”

Which one of the finalists will be crowned The Voice champion in 2020? Tune in Tuesday on NBC to see who scored the most votes and wins Season 19!