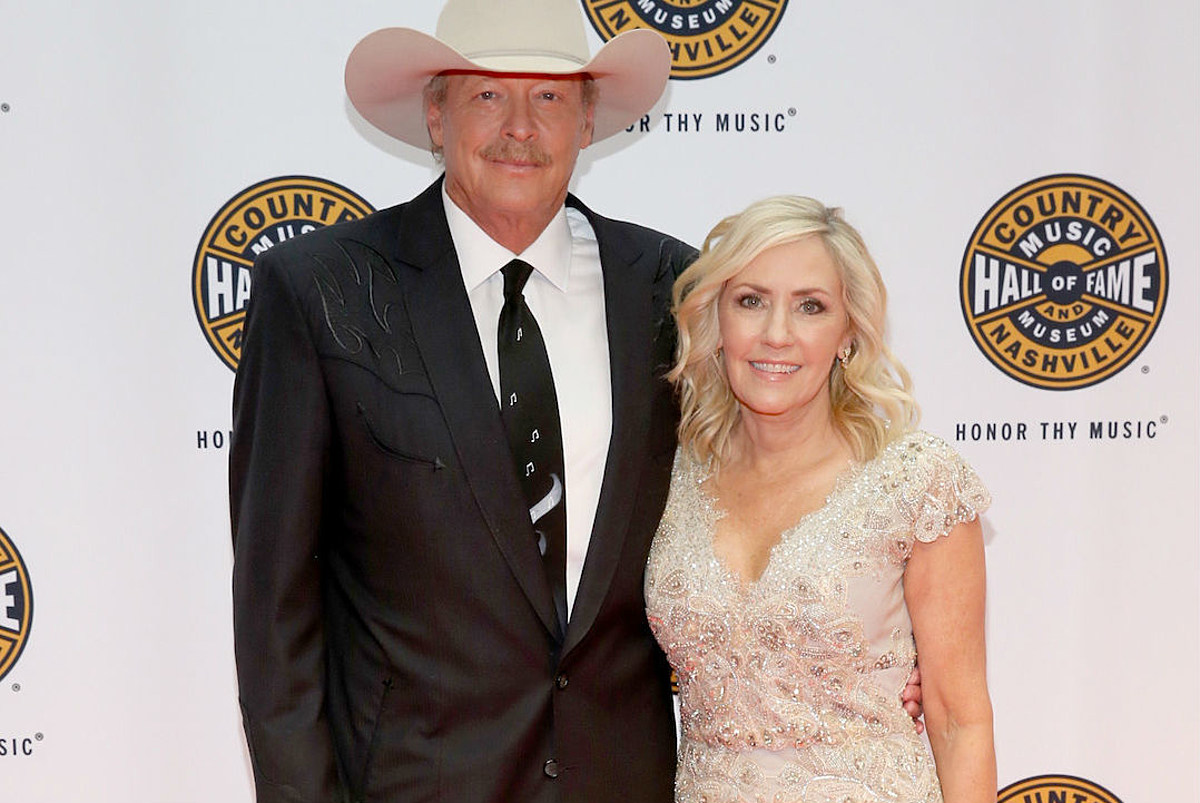 File under “Don’t Try This at Home”: Alan Jackson‘s strategy for getting the attention of his wife Denise may have been effective, but in 2020, it’s just as likely to land you with a restraining order. While it may be hard to imagine, the wholesome, kind country star behind hits including “Little Bitty,” “Livin’ on Love” and “Chattahoochee” took a pretty risky approach when it came to courting the woman whom he ultimately married.

The first time the now-lovebirds met, Jackson threw a penny down Denise’s shirt and asked if he could go get it. That move was bold enough on its own, but things didn’t stop there: Denise told Great American Country’s Backstory that Jackson got creative after his penny move didn’t do the trick, hiding in the backseat of her car while it was parked at a Dairy Queen and jumping out and scaring her when she drove away.

The story could have easily ended with Jackson getting hit in the face with pepper spray, but fortunately for everyone — especially the country star — it has a happy ending. In fact, though he doesn’t have the outlaw image of Waylon Jennings or Willie Nelson, Jackson has consistently pushed the envelope, not only in his love life, but also musically.

The singer is no stranger to subtle — and sometimes not-so-subtle — onstage protests. For example, there’s the time when ACM producers told him to play to a recorded track for his performance at the 1994 awards show, and he retaliated by having his drummer, Bruce Rutherford, take the stage without drumsticks as a subtle clue-in to fans.

Five years later, at the CMA Awards, Jackson had another point to prove. George Jones boycotted the ceremony that year because he was only allotted one minute of stage time and told to perform a shortened version of his Single of the Year-nominated song “Choices.” In support of Jones, Jackson interrupted his own song onstage at the show, segueing out of “Pop a Top” and into “Choices” on the iconic singer’s behalf.

To learn more about Jackson’s quiet-but-consistent outlaw inclinations, press play above to watch an episode of The Secret History of Country Music, from The Boot’s partner site, Taste of Country.

PICTURES: Alan Jackson Through the Years

Jake Flint’s Wife Speaks Out After His Unexpected Death at 37
Shania Twain Extends Her ‘Queen of Me’ Tour With Five New Dates
Cody Johnson Gives Fans A Taste Of His Live Show On New Live Album, ‘Cody Johnson & The Rockin’ CJB Live’
Wheeler Walker Jr. Tries To Give Walker Hayes’ “Y’all Life” A Shot, & His Reaction Is Priceless
Relive Dolly Parton’s Epic Looks Throughout The Years