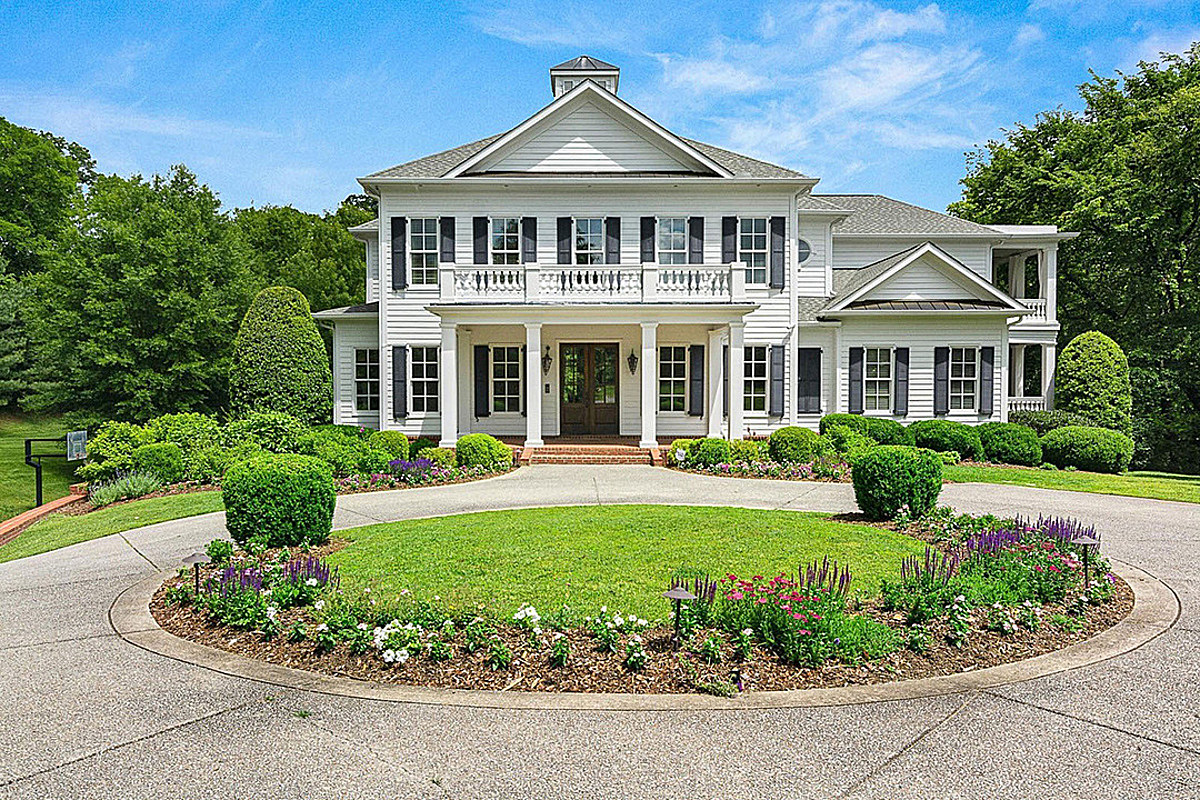 Lady A singer Hillary Scott is selling her massive Nashville-area mansion, and she’s just dropped her asking price significantly. Variety reports that Scott and her husband, drummer Chris Tyrrell, have reduced their asking to $2.65 million.

The couple first listed their six-bedroom, five-and-a-half-bathroom, 7,851-square-foot mansion in the affluent Nashville suburb of Brentwood, Tenn., nearly a year ago, according to Variety, initially asking $3.2 million for the property. The new listing is still significantly more than the $1.95 million they paid for the estate after they wed in January of 2012.

According to its listing, the Colonial-style home sits on 3.38 private and wooded acres, and pictures show a circular driveway, lush lawns and landscaping and an inviting pool. All five bedrooms are en suites with their own walk-in closets and bathrooms, and the master suite on the main floor of the home is oversized and features his and hers closets and built-in shelves.

The kitchen adjoins a keeping room with a stone fireplace, and there’s a separate breakfast area that opens onto a screened and covered porch. The house is very traditional, with columns out front and in the grand living room. Intricate moldings, an oversized fireplace, a wall of floor-to-ceiling windows and oak floors give the mansion a stately feel without seeming too formal.

Per Variety, Scott and Tyrrell have already moved their family to another mansion nearby, so the house is empty for showings. Cindy Looney at Pilkerton Realtors holds the listing on the property, which is available to view by appointment.

Scroll through below to see inside Scott’s stately manor home:

Morgan Wallen Will Take 2023 ‘One Night at a Time’ on a Massive World Tour
Kane Brown Joins the Lineup for the Pre-Super Bowl Music Festival
Fans Petition for Kentucky Park to Be Renamed for Loretta Lynn
Jaimee Harris’ ‘Love is Gonna Come Again is a Message of Hope
‘Walker, Texas Ranger’ Actor Clarence Gilyard Dead at 66