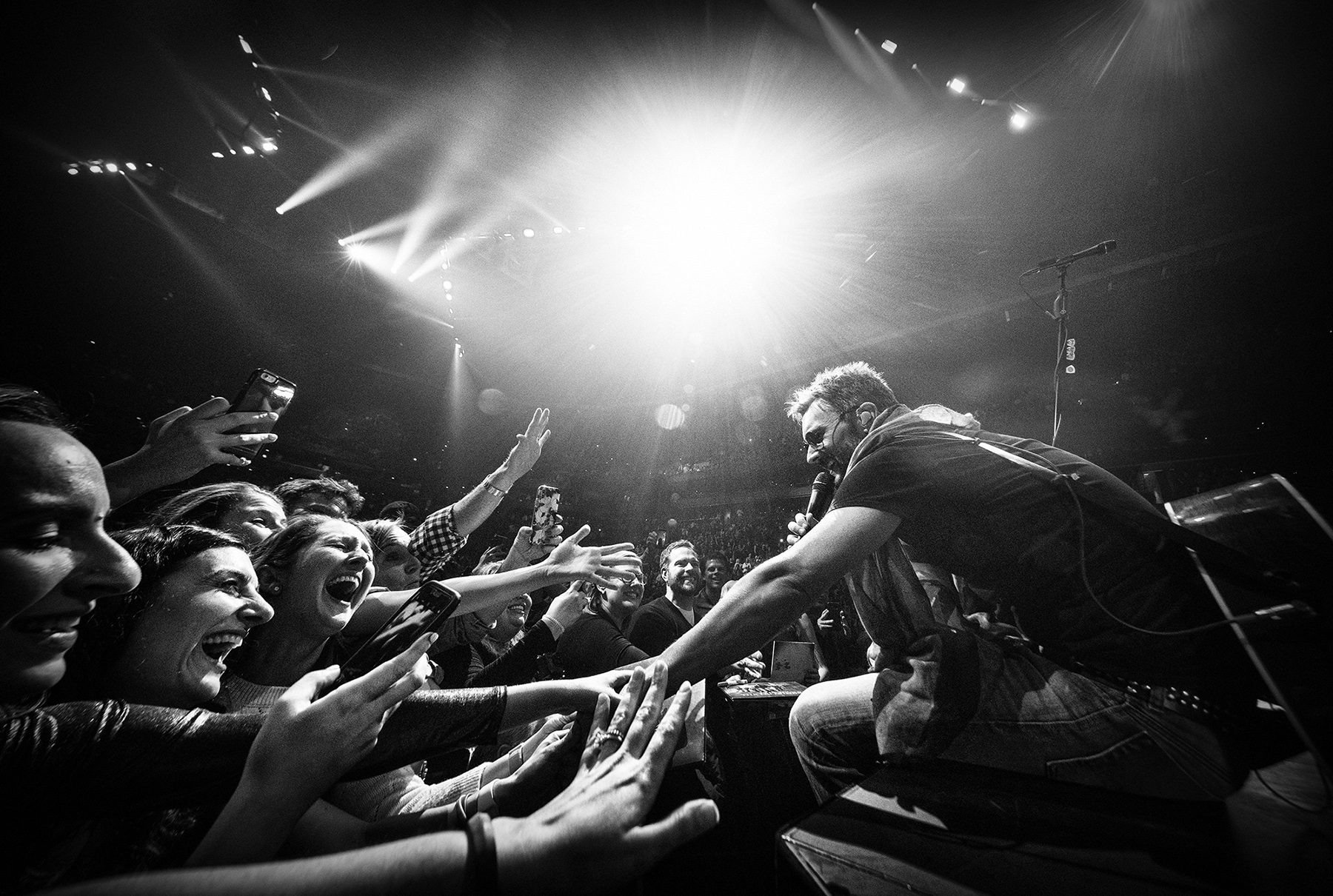 “Lovin’ a music man’s ain’t always what it’s supposed to be,” Journey’s Steve Perry sang in “Faithfully.” In his new song “Doing Life With Me,” Eric Church echoes that sentiment as he lists off all the burdens his loved ones had to carry as he pursued country music stardom.

“It ain’t easy putting up with/a road dog with a cup with/a little Jack in it,” Church sings to open the easygoing number, going on to wonder why anyone would agree to taking such an unpredictable ride: “Could have easily said goodbye to/this runaway train you’re tied to.” Instead, his family and his fans stuck by him, which he acknowledges throughout the lyrics.

“Doing Life With Me” gets a lift from subtle mandolin and electric guitar by Charlie Worsham as it builds to its energetic conclusion. The instruments pick up steam and Church hits a falsetto. It’s a slight change in tempo, but one that ends the song on a bright, euphoric note.

Written by Church with Casey Beathard and Jeffrey Steele, “Doing Life With Me” is his fifth studio recording from an upcoming project. “Stick That in Your Country Song” arrived in June. Earlier this month it scored a Grammy nomination for Best Country Solo Performance.