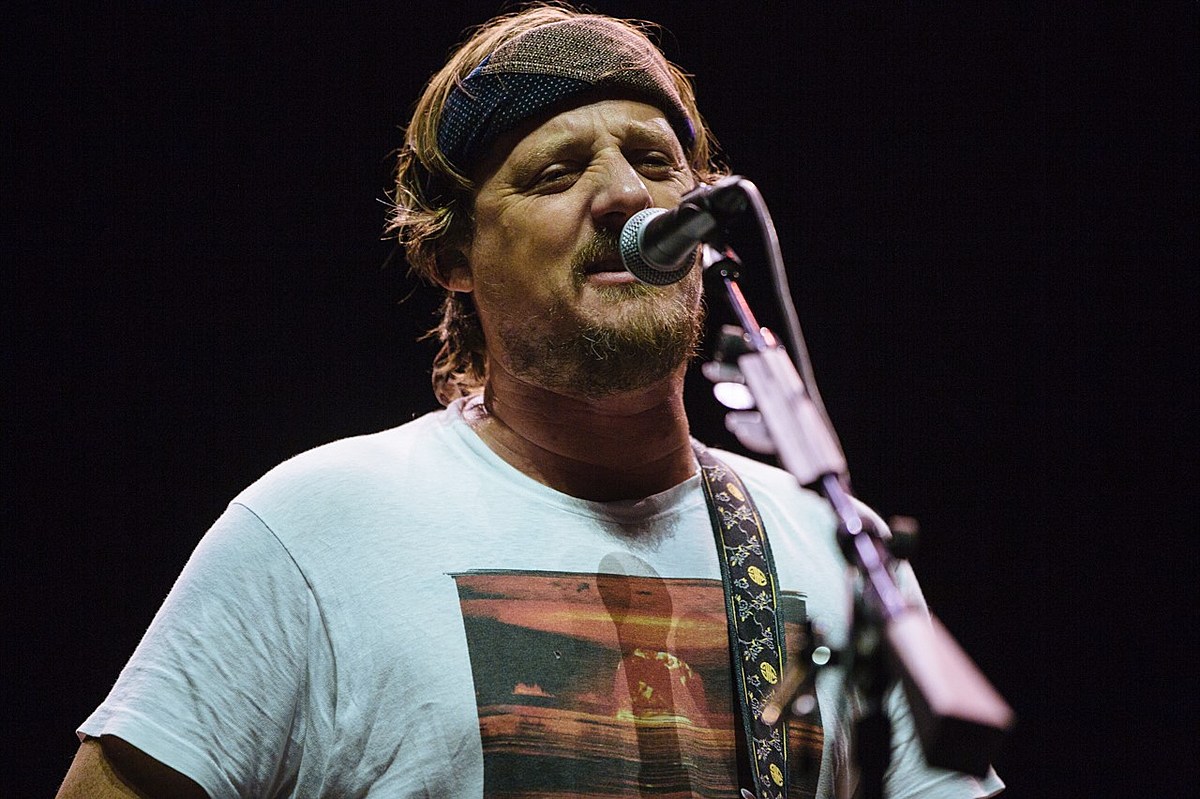 Simpson announced his new album just before midnight ET, successfully keeping the release a surprise until the very last minute. “As promised,” he wrote simply when revealing his plans:

Produced by David Ferguson, Cuttin’ Grass, Vol. 2, per a press release, was recorded by Simpson and “the Hillbilly Avengers”: a group of musicians including Sierra Hull, Mike Bub, Stuart Duncan, Scott Vestal, Tim O’Brien, Mark Howard and Miles Miller. Its 12 songs are all from Simpson’s back catalog.

“On Vol. 2, we recorded everything I was too afraid to do on Vol. 1,” Simpson says. “It’s hard to deny that this is a much more personal record. I was thinking about my kids, my grandfather, my wife.”

Cuttin’ Grass, Vol. 2 is available for download and streaming now. Vinyl versions of the album will be available in April.

After his tour with Tyler Childers was canceled due to the novel coronavirus pandemic, Simpson put out his first bluegrass album, Cuttin’ Grass Vol. 1: The Butcher Shoppe Sessions, on Oct. 16. The 20-track project features all songs previously released by Simpson or Sunday Valley, the band he was in before beginning his solo career.

Following the release of 2019’s Sound & Fury, a full-fledged rock album that is nominated for Best Rock Album at the 2021 Grammy Awards, Simpson admitted that he spent $1.2 million making the record and its corresponding anime film in an effort to distance himself from his record label, Elektra Records. In an interview published in February, Simpson threatened to quit music unless the label dropped him, railing against the music industry, producer Dave Cobb and the Recording Academy, which runs the annual Grammy Awards.