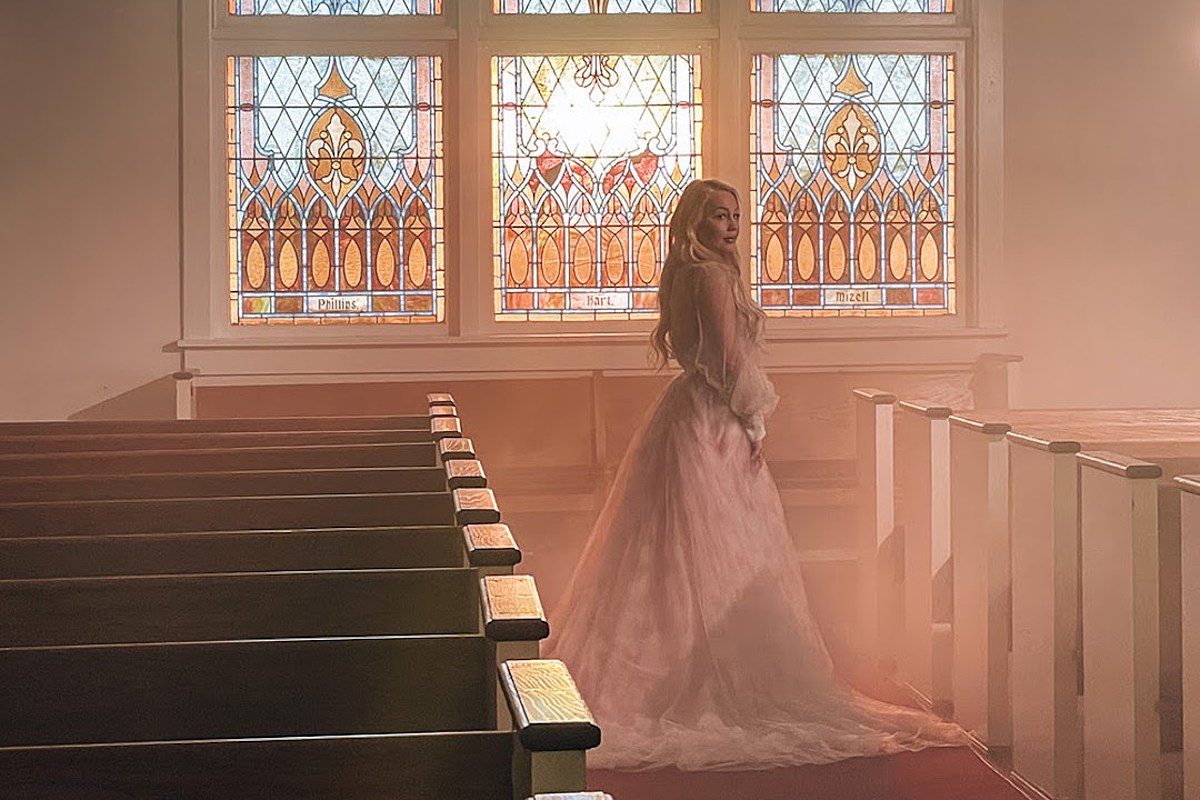 Even though RaeLynn‘s new ballad, “Me About Me,” isn’t a Christmas song by any means, its accompanying music video has subtle but distinct Christmas vibes.

“It does,” the singer agrees, speaking about her new video over Zoom. “It has a very wintery, cold feel. That’s why I thought December was the perfect time to put it out.”

For the video’s concept, RaeLynn says she leaned into the creative vision of Running Bear Films, who directed the clip. The cinematic specifics — a mini-film that follows a couple, played by actors, as their relationship slowly falls apart — came to life from an abstract idea that the singer had to give the video treatment a vintage, self-contained feel.

“I knew I wanted it to be kind of a timepiece, kind of a throwback,” she explains. “And the actors really portray what this song is about, which is being in a one-sided relationship with somebody who’s just kind of selfish, and doesn’t really care about the little things that make you who you are. It’s heartbreaking, but it’s beautiful at the end, because she comes full-circle and realizes, ‘I’m not gonna change for anybody.'”

“I think that’s super important to ingrate in yourself,” the singer reflects. “I’m excited to see the fans relate to this one.”

It’s also a lesson that RaeLynn has learned in real life, as the song’s raw, vulnerable lyrics draw from her own personal memories. And while of course the music video isn’t an exact reenactment of her own story, the singer admits that it was a little bit emotional for her to see a story line inspired by her own heartbreak come to life as a piece of art.

“It’s definitely more of a grown-up approach to what I went through. I was so young!” she adds with a chuckle. “But I think it brings such a realness to it … And I think because [I] didn’t see the filming — like, when you’re doing it, when you’re acting it out, you kind of know what to expect. But when somebody else acts it out for you, you don’t really know what you’re getting when you get that first edit.”

RaeLynn stuck to the role of narrator in this music video, performing the song in clips sprinkled into the main story line. But she’s proud of how the actors helped bring her story to life, and how they put their own spin on the lyrical message, too.

“And of course they’re beautiful,” she interjects. “The girl has pink hair! Which I think is so cool.”

“Me About Me” comes off of RaeLynn’s latest EP, Baytown. The project also includes tracks such as “Bra Off,” “Keep Up” and “Still Smokin’.”

17 Songs From Women in Country That Demand Your Attention in 2020: