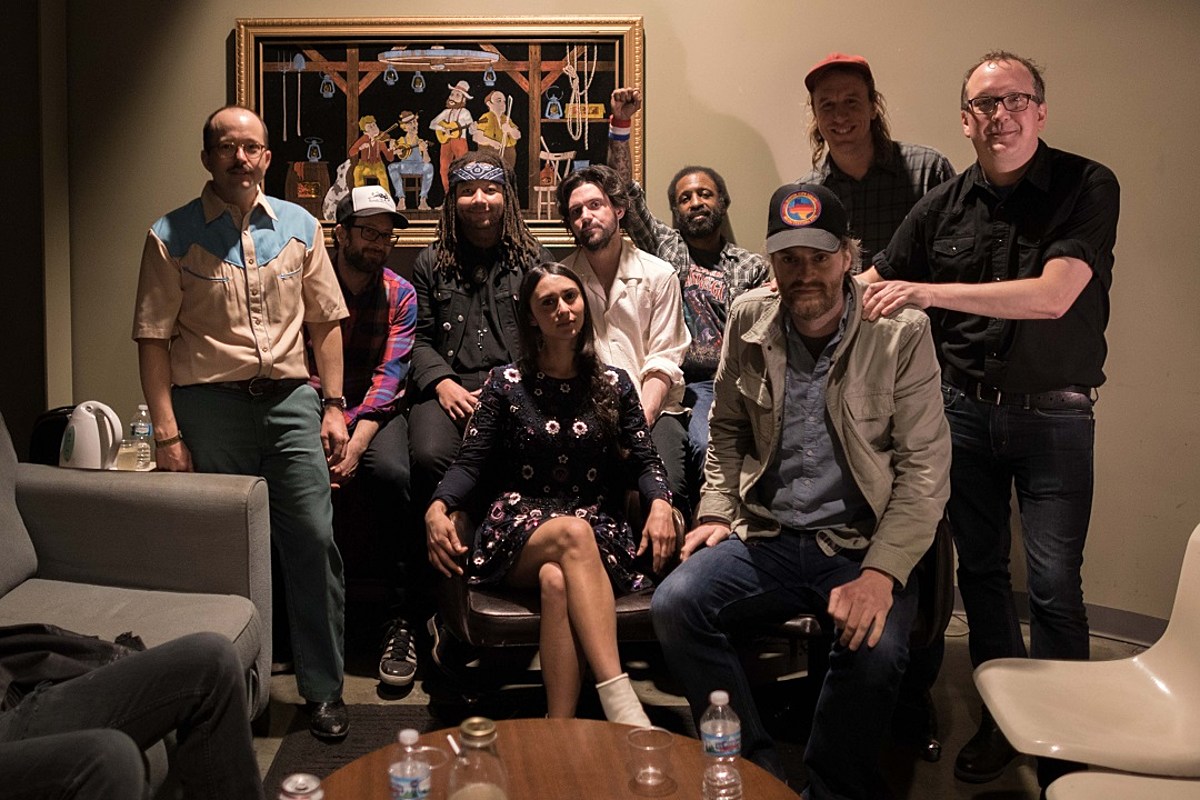 The indie-folk singer-songwriters — the former, best known as the frontman of the band Bright Eyes; the latter, a solo artist — were inspired by the sounds of Dolly Parton, Roger Miller and the other artists featured on the vinyl LP. So, they decided to start their own country covers band.

Oberst’s then-wife, Corina Figueroa Escamilla, was out of town at the time, visiting her hometown of Mexico City, but when she returned, she learned that her then-husband and La Lupa had enlisted her for this band, too. A trained audio engineer with no performing experience but a killer voice, she’d be the band’s frontperson, under the stage name Dolores Diaz (a nod to both her Hispanic heritage and American actor and singer Doris Day).

The band was more a fun hobby and an excuse for a group of friends to hang out and jam together than a full-fledged, “serious” group, but Dolores Diaz & the Standby Club did play a few shows — five, to be exact, including two at O’Leaver’s Pub, owned by the members of Cursive and known for its house show-style concerts. Years later, recordings from the January 2016 and August 2018 performances have been culled together for a new album, Live at O’Leaver’s.

A 12-track project, Live at O’Leaver’s includes, among others, a cover of Connie Smith‘s “Once a Day.” Ahead of the album’s release, readers can hear Diaz & the Standby Club’s take on Smith’s hit, premiering exclusively on The Boot:

Listen to Dolores Diaz & the Standby Club’s “Once a Day” Cover:

A Bill Anderson-penned song from Smith’s 1965 self-titled debut album, “Once a Day” spent eight consecutive weeks at No. 1 on the Billboard Hot Country Songs chart: the first debut single from a female artist to top that chart. Its eight weeks at the top also set a record for time at No. 1 for a woman until 2012, when Taylor Swift‘s “We Are Never Ever Getting Back Together” surpassed it.

Live at O’Leaver’s, due out on Friday (Dec. 11), also features Porter Wagoner and Dolly Parton‘s “Just Someone I Used to Know,” Charley Pride’s “Is Anybody Goin’ to San Antone” and more. The album is available to pre-order and pre-save now, and full record details are below.