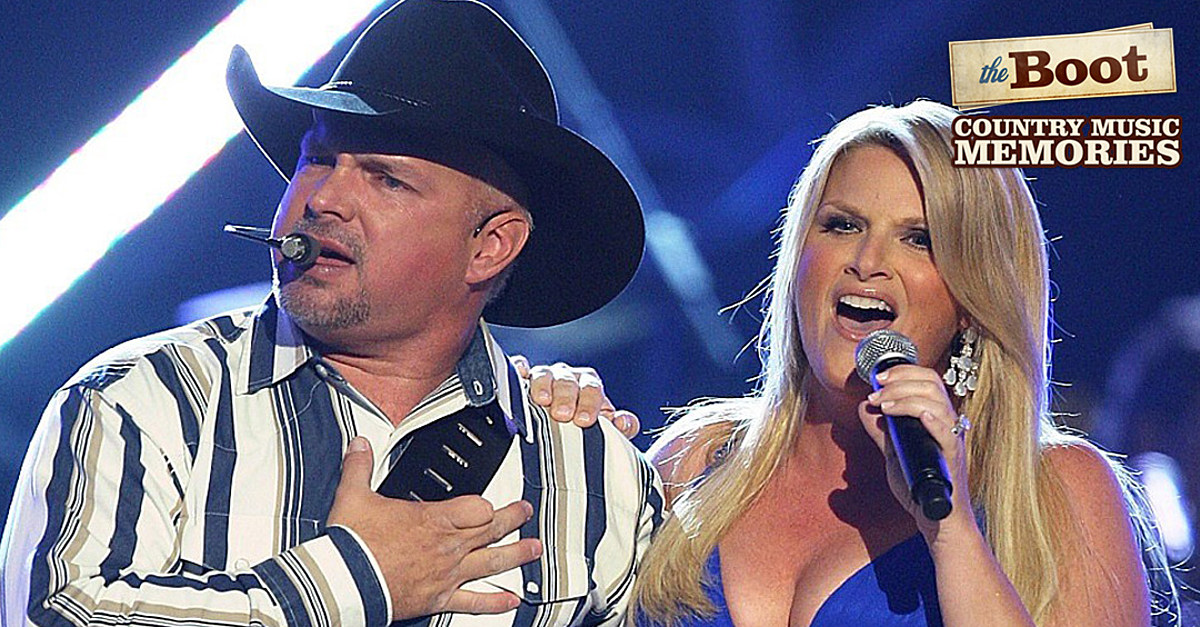 Happy 15th anniversary to Garth Brooks and Trisha Yearwood! The couple wed on this day, Dec. 10, in 2005, at their home in Owasso, Okla.

Brooks and Yearwood first sang together on “Like We Never Had a Broken Heart,” from Yearwood’s self-titled debut album, which was released in 1991; they teamed up again for “In Another’s Eyes,” from Yearwood’s 1997 (Songbook) A Collection of Hits record. The two artists maintained a strong friendship while married to other people — Brooks and his first wife, Sandy, divorced in 2000, while Yearwood divorced her first husband, Chris Latham, in 1991 and Mavericks member Robert Reynolds in 1999 — but the “Friends in Low Places” singer admits that he knew from the moment they met that there was an undeniable chemistry between them.

“[Songwriter] Kent Blazy introduced me to Ms. Yearwood, and he goes, ‘I knew you were going to like her,'” Brooks recalled during an appearance on Ellen. “When she left, he goes, ‘What did you think?’ I said, ‘Well, it’s strange, because I felt that feeling like when you just meet your wife, but I’ve been married for 13 months.'”

Once they were both available, Brooks and Yearwood immediately started dating, and they’ve been together ever since.

While Brooks made the proposal a public affair, popping the question in May of 2005 in front of 7,000 people at the unveiling of a bronze statue of himself at Buck Owens‘ Crystal Palace in Bakersfield, Calif., his and Yearwood’s wedding ceremony was much more low key. The two wed at their house, in front of only family members.

“It’s the perfect Christmas gift to each other,” Brooks says of their nuptials. “We could not be happier.”

Brooks and Yearwood make it a point to make their anniversary a family affair.

“When we got married … we married the girls,” Yearwood says, referring to Brooks’ three daughters, Taylor, August and Allie. “So the five of us always celebrate together.”

The Tie Between Kenny Chesney’s ‘Everyone She Knows’ + Tom Petty
Willie Nelson Details His ‘Wild’ Friendship With Drummer Paul English in New Book
Parker McCollum Spends Some Time With Willie Nelson’s Guitar, “Trigger”
Ashley McBryde Will Be Off the Road for ‘A Few Weeks’
Top 10 Lorrie Morgan Songs