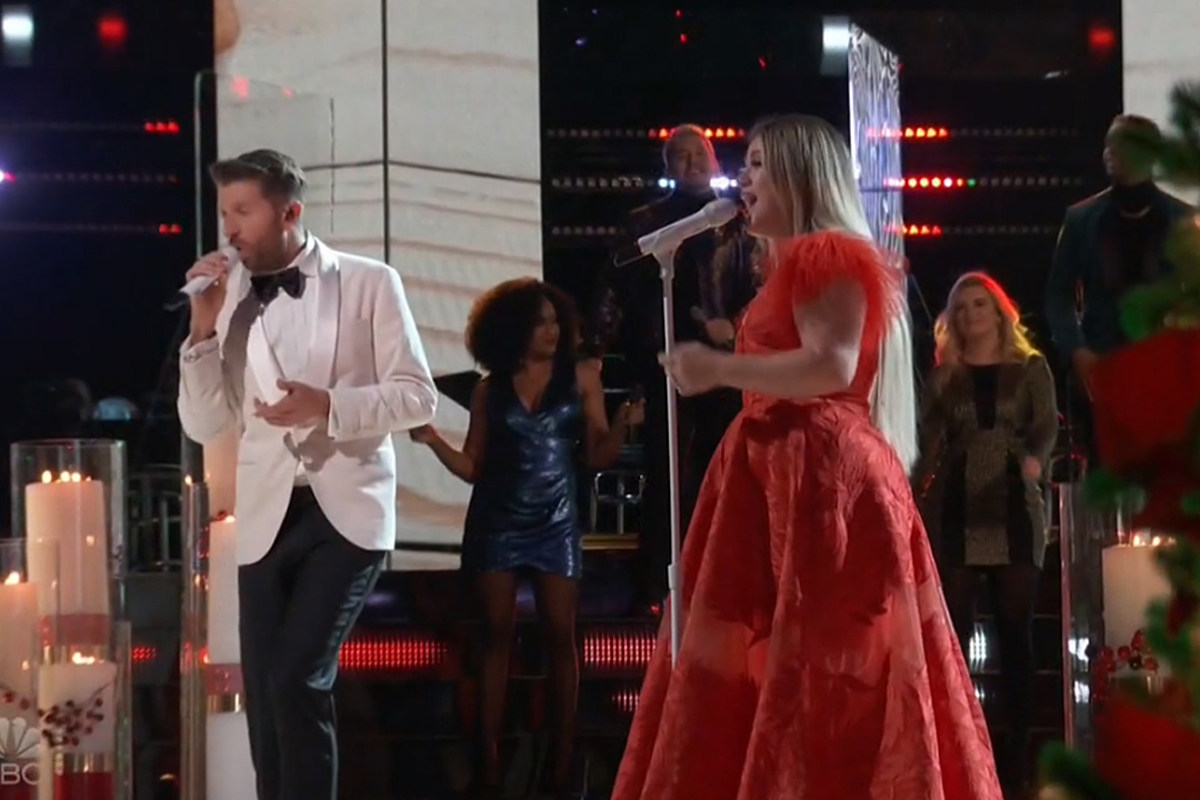 Coach Kelly Clarkson and special guest Brett Eldredge took the stage during The Voice on Tuesday night (Dec. 8) to perform their new Christmas duet, “Under the Mistletoe,” providing one of the biggest highlights of the evening.

Clarkson wore a long red dress, while Eldredge sported a white tuxedo jacket with black slacks and a black bowtie. They performed in front of an elaborate backdrop of extra vocalists and dancers on a set decked out with a Christmas tree, lights and oversized packages.

“Push my pride aside / When I close my eyes / It’s just you and I / Here under the mistletoe,” they sang, Clarkson and Eldredge’s classic voices transcending genres as they delivered the gorgeous melody and harmonies.

Clarkson teamed with Aben Eubanks to co-write the song, which dropped in late October. “Under the Mistletoe” is one of two holiday songs Clarkson is releasing in 2020 in response to fan requests for some musical relief in a tumultuous year.

“Fans are always asking, ‘Can you just drop anything?’ Everyone is sad. Everyone is feeling it. The world has gone to crap! Can you just release something?'” Clarkson explained during an appearance on the Sunday Today With Willie Geist podcast.

The performance on The Voice follows another standout performance of “Under the Mistletoe” that Eldredge and Clarkson gave during the 2020 Christmas in Rockefeller Center special on Dec. 2. The pair are also slated to perform the song on the Tonight Show Starring Jimmy Fallon on Friday night (Dec. 11).