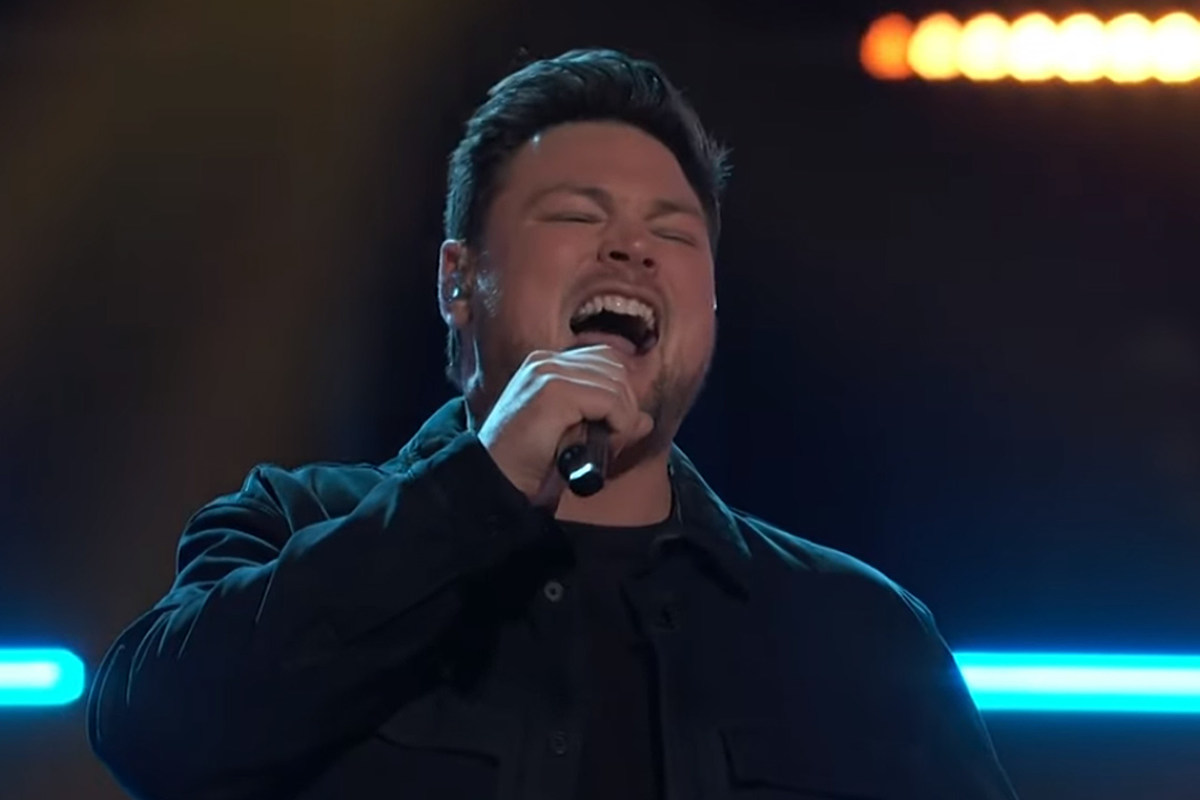 Ian Flanigan hit the stage to perform on Season 19 of The Voice on Tuesday night (Dec. 8), delivering a rough-and-ready, yet tender rendition of Travis Tritt‘s “Anymore” to try to earn an Instant Save and get sent through to the finale that takes place next week.

The country singer was obliged to sing for his save after viewer votes sent his Team Blake teammate Jim Ranger to the finals. Flanigan squared off against Ben Allen from Team Gwen, Cami Clune from Team Kelly and Bailey Rae and Tamara Jade from Team Legend.

Flanigan put his own inimitable spin on Tritt’s classic, imbuing it with a gravelly quality that has consistently set his performances during Season 19 of the iconic reality singing competition apart from any of the other contestants.

Flanigan’s coach, Blake Shelton, praised his “once-in-a-lifetime voice,” imploring fans to vote to save him and send him on for one final week.

The fans watching at home must have agreed, because during a short and intense voting break that followed Flanigan’s performance, they voted to give him the Instant Save, sending him on to compete in the finals for Team Blake alongside fellow Team Blake member Jim Ranger, Carter Rubin from Team Gwen, Desz from Team Kelly and John Holiday from Team Legend.

Which one of the finalists will be crowned The Voice champion in 2020? Tune in on Monday (Dec. 14) and Tuesday (Dec. 15) of next week on NBC for a two-part finale that will decide the winner for Season 19.