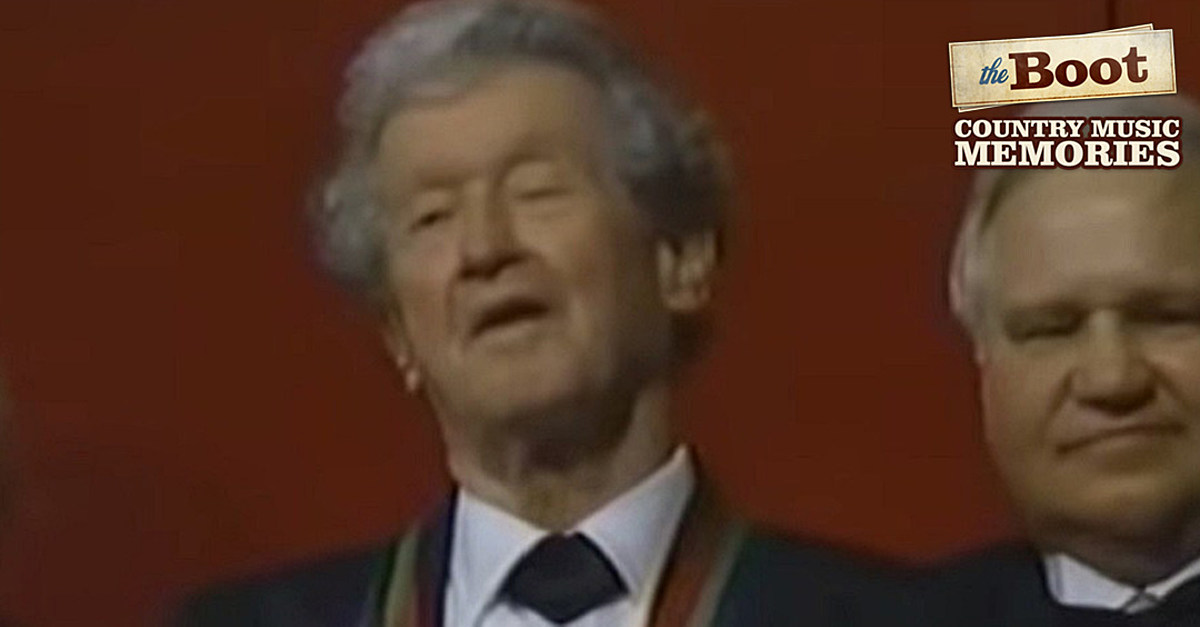 Twenty-nine years ago today (Dec. 8, 1991) was an unforgettable day for Roy Acuff, and for country music as a whole: It was on that date that the singer received a prestigious Lifetime Achievement Award at the Kennedy Center Honors ceremony in Washington, DC, becoming the first country artist to achieve the honor.

Then-President George H.W. Bush attended the 1991 Kennedy Center Honors, which included appearances by Emmylou Harris, Steve Wariner, Chet Atkins and Bill Monroe. Acuff received the honor along with actor Gregory Peck, musical comedy duo Betty Comden and Adolph Green and conductor Robert Shaw, among others. The ceremony was televised as part of a two-hour TV special, which aired on CBS on Dec. 26, 1991.

Acuff, a Grand Ole Opry member, also received the ACM Pioneer Award in 1984 and the National Medal of Arts in July of 1991, for his contributions to the performing arts. Acuff passed away less than one year after the 1991 Kennedy Center Honors, on Nov. 23, 1992, at the age of 89.

Acuff paved the way for numerous other country artists to be recognized at the Kennedy Center Honors. Other honorees in country music include Merle Haggard, Dolly Parton, Willie Nelson, Johnny Cash and Loretta Lynn.

All the Country Stars Who Have Received Kennedy Center Honors: