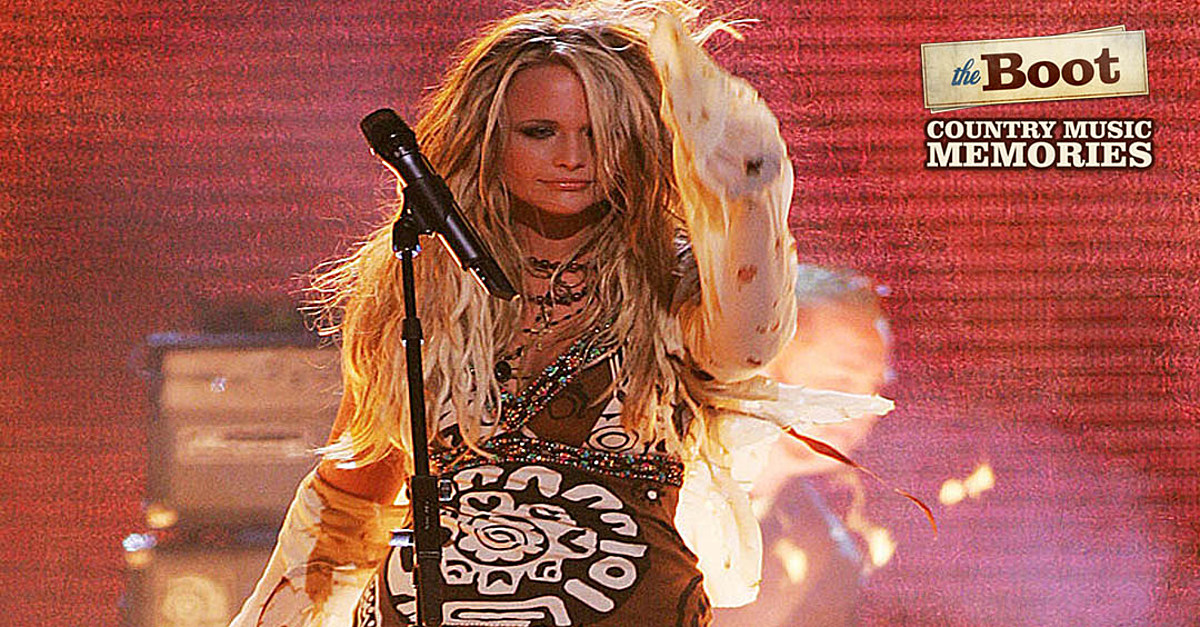 It’s pretty rare for any artist to have huge success right out of the gate, but Miranda Lambert is one of the few. The country superstar earned a gold album certification from the RIAA for her debut album, Kerosene, in 2005.

Lambert first came to national attention when she competed on Nashville Star in 2003, ultimately placing third on the country-themed reality TV singing competition behind Buddy Jewell and John Arthur Martinez. She signed with Epic Records on Sept. 15, 2003, and worked with producers Frank Liddell and Mike Wrucke on Kerosene, which she released on March 15, 2005. She wrote or co-wrote 11 of the 12 tracks on the album, which sonically represented a major departure from the slick radio fare most common in Nashville at that time, with Lambert insisting on a more organic approach.

Lambert got a slow start at country radio with “Me and Charlie Talking” and “Bring Me Down,” the album’s first two singles, neither of which cracked the Top 20. But the title song and third single, “Kerosene,” reached No. 15, giving Lambert her first real hit. Kerosene peaked at No. 1 on Billboard‘s Top Country Albums chart, earning Lambert her first gold album on Dec. 8, 2005, according to the RIAA’s website.

The title song, “Kerosene,” also earned Lambert her first gold single on March 6, 2006. She got to give a star-making performance of the song during the 2005 CMA Awards, where she was also nominated for the Horizon Award.

Lambert’s follow-up album, Crazy Ex-Girlfriend, won an ACM Award for Album for the Year in 2008, setting Lambert on a path as one of country music’s best-selling and most-awarded female artists of all time.