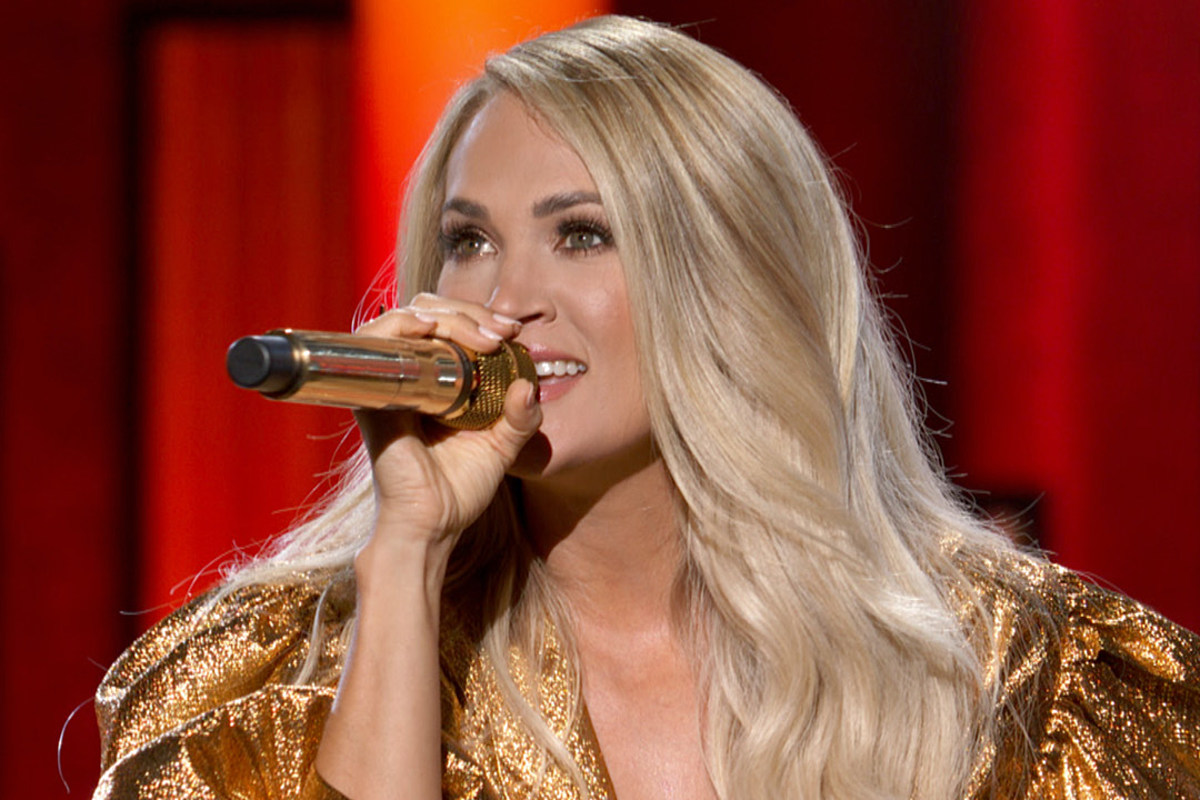 Carrie Underwood has a competitive side that keeps her work ethic high and her hunger for success unquenchable. But it also keeps her feeling like an underdog

Even though the superstar always seems to stay on top — for example, her recent reign over the holiday season with her My Gift album and TV special, as well as her joint win this year for ACM Entertainer of the Year – when she recently chatted with Apple Music’s Zane Lowe, Underwood talked about her unceasing ambition. Clearly, she possesses something that propels her to want to be the best.

“With my competitive nature, if you look at yourself as the underdog, it makes you want to work a little harder,” Underwood says. “With each album that I’ve [made], it’s been a different feel, a different look, a different vibe — and I love that. I would get bored if I made the same album over and over again.”

The singer continues, “I look at each one as a chance to start over and try to make a splash. I think it’s a good thing if people think I don’t play by the rules, but I want to make music that I love at the end of the day and get to be on stage. And I still try to win people over as far as just getting up and just trying to nail it. And one day, I want to drop the mic. I want to be like, yes.”

But doesn’t Underwood already feel like she’s proven her mettle in the music world? Maybe not. She explains, “No matter what you do, there’s going to be somebody out there that [doesn’t like you]. But it doesn’t matter. It doesn’t matter what the negative thing is — I want to prove them all wrong.”

For inspiration, the singer will often look outside of country music. During the same interview, she expressed a love for rock act Foo Fighters — particularly their recent single “Shame Shame” — and described her fondness for Foos bandleader Dave Grohl and his assured presence.

“I feel like I’ve been a fan of theirs since I was a teenager,” Underwood enthuses. “I remember listening to, like, “My Hero” and “Everlong” and stuff like that. But [Grohl] has just always been nice to me. I feel like anytime I’ve seen him, he’s super sweet, and it’s nice to see people that have managed to stay sane in the music business. And they’ve been around for that long, and they still make relevant art.”

All that said, it’s clear that Carrie won’t be doubted — or put in less than 100 percent. The singer who always seems to win still has the gusto of a newcomer. And that’s certainly one way to stay competitive.