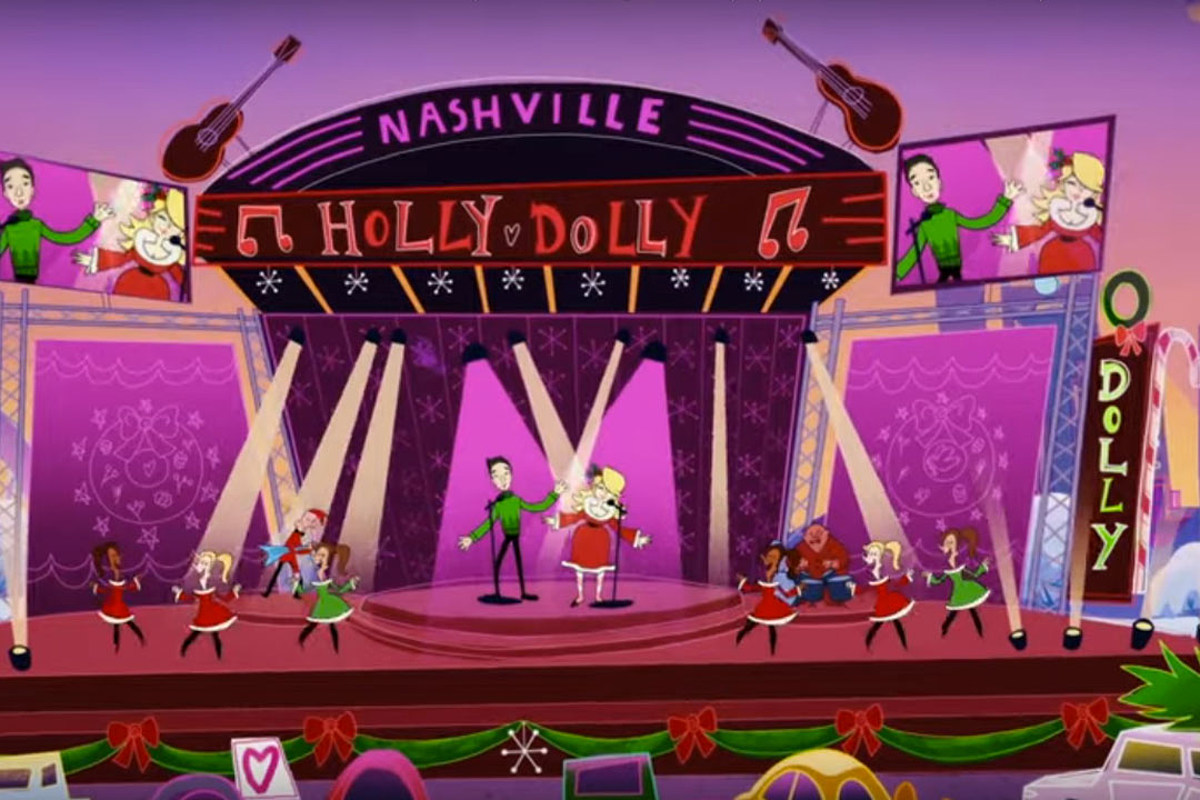 Dolly Parton and Jimmy Fallon take on the world in the bright and festive video for their duet of “All I Want for Christmas Is You.” The twosome transform into cartoon versions of themselves in the clip, which finds them galavanting across the country, singing the cheerful track.

The video opens with the duet partners admitting that they enjoy all things “mushy” and “romantic” during the holiday season, Parton professing that she’s long wanted to sing with the late night host. ”So you can go first, right after me,” she jokes as the song begins.

Parton is animated, wearing a red dress with holly leaves in her hair and bustling about the house, from the vanity mirror to the stockings hung above the cozy fire burning in the fireplace. She then zips off in a glamorous sled fit for a queen, flying past Dollywood while Fallon makes his way around New York City landmarks, including ice skating in front of the tree in Rockefeller Center and galloping on horseback through Times Square. But things go awry when he hops on a subway that mistakenly takes him to Mexico.

After finding himself in the corn fields of the Midwest, Fallon manages to fly himself to Nashville, where he meets the music legend, who’s performing an outdoor, drive-in concert. Fallon skydives onto the stage to join her for the final notes, jubilantly singing, ”All I want for Christmas is you,” before taking off into the night on Parton’s sled.

Fallon threw on a Santa suit when the superstars performed the duet together in person during the Christmas in Rockefeller Center TV special. The song is featured on Parton’s A Holly Dolly Christmas album.