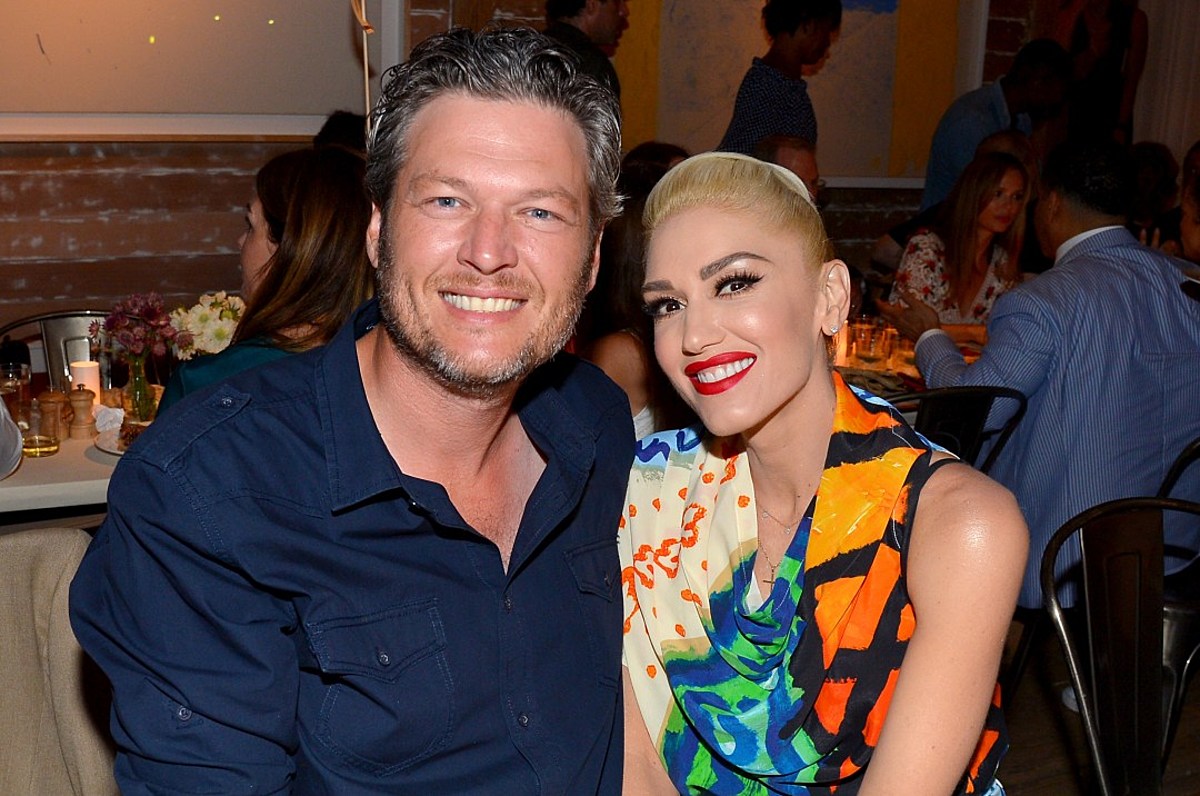 Blake Shelton and Gwen Stefani are celebrating a new country radio No. 1 with their charming duet “Happy Anywhere.” And while marking the occasion last week, Stefani sure seemed ecstatic about the news.

That’s because the happy couple’s hit song ascended to the top position on Mediabase’s Country Top 30 chart for the week ending Dec. 6. It’s an achievement Warner Music Nashville’s Anna Cage pointed out to Stefani in an email, which the singer then shared in a screenshot for her social media followers.

“I can’t believe I get to be part of your 28th number one radio hit and have my 2nd country radio hit!” Stefani tells her fiancé in a Dec. 5 Instagram post. “Sure is fun being number one but with you it’s another level!!!!! thank you country radio and thank you to everyone that listen to this fun happy love filled song!!”

The accomplishment certainly made for a fertile environment with which to launch Stefani’s return to pop radio on Monday (Dec. 7) with a new solo single appropriately titled, “Let Me Reintroduce Myself.” But speaking to Apple Music’s Zane Lowe, the singer says that her comeback almost didn’t happen.

She tells Lowe that she “never really was planning to record new music. I mean, I fantasized about it, but I was also, like, I don’t know. I always think about artists that I loved growing up, and I think I want to listen to the songs that I like that they did. And that’s nostalgic for me. Do you know what I mean? I don’t seek new music from them. So something about that made me feel like why should I do it?”

Gwen Stefani – “Let Me Reintroduce Myself”

Still, Stefani says she loves writing songs, and her performance chops have undeniably developed since her days fronting rock act No Doubt. That’s clear in recent songs like “Happy Anywhere” and Stefani’s other duets with Shelton, such as “Nobody But You” and “Go Ahead and Break My Heart.”

Now, perhaps the only mountain left for Gwen and Blake to climb is to finally get hitched. Since their engagement in October, fans have been clamoring for a wedding. But it may not happen immediately.

Until then, listeners have plenty of Gwen-related music in which to revel.

How Much Did Blake Shelton Spend on Gwen Stefani’s Engagement Ring?

The marriage will be Shelton’s third and Stefani’s second. He has no children, but has taken an active role in raising Stefani’s three boys with Gavin Rossdale, whom she divorced in 2015.

Both Stefani and Shelton are on the current season of The Voice, which has resumed live episodes, giving fans a first chance to see her new diamond ring and to hear them talk as fiancees.

See Blake Shelton Through the Years