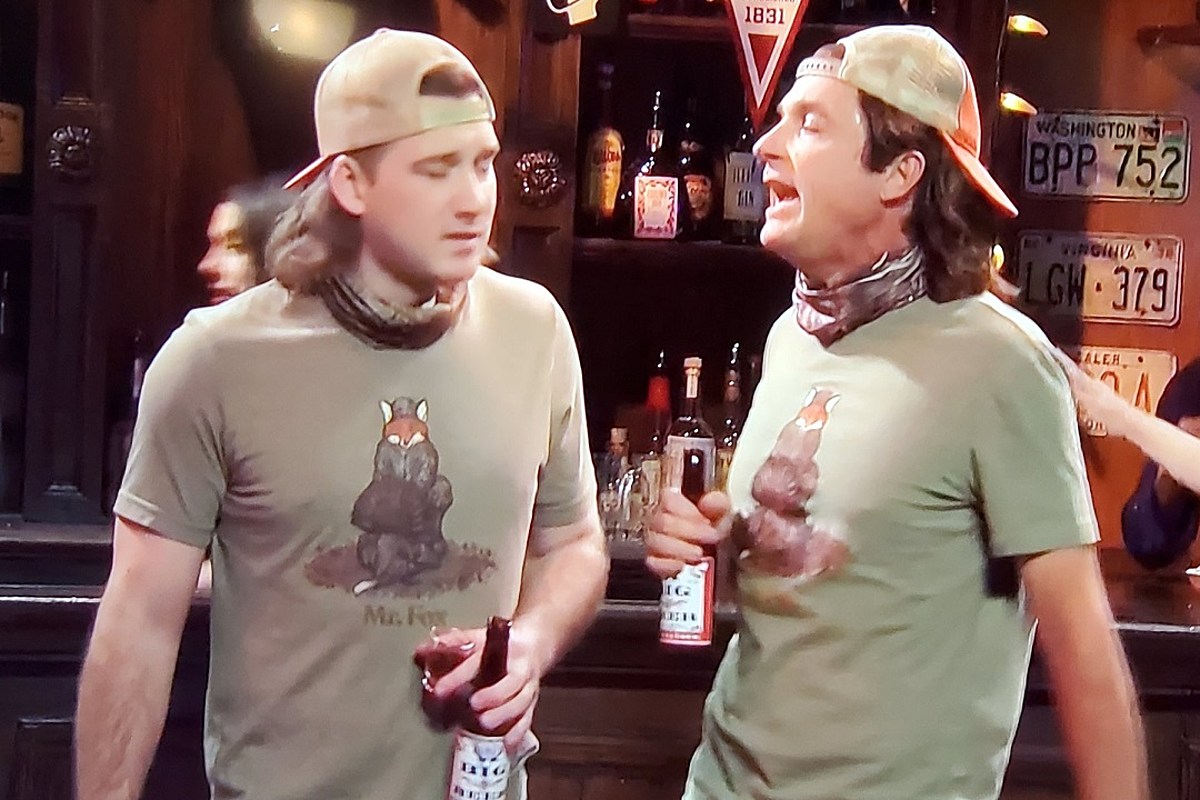 Morgan Wallen made his Saturday Night Live debut on Saturday night (Dec. 5), about two months after being removed as the late-night TV sketch comedy show’s musical guest because he broke COVID-19 protocols by partying maskless with fans in multiple locations after attending a University of Alabama football game.

The incident, which occurred one week prior to Wallen’s scheduled SNL debut, made the country star take a step back from the spotlight for a few weeks to ”work on me,” but he wasn’t above poking a little fun at himself when he did finally make to Studio 8H. In a sketch also featuring actor Jason Bateman, the episode’s host, and cast members Bowen Yang and Pete Davidson, among others, two future Morgans tried to warn Wallen about what could happen if he partied that night in early October.

The sketch begins with Wallen in a bar — wearing the same outfit he was in real life at the Alabama game and the after-parties — before Bateman, playing Wallen from one month in the future, arrives “to stop you from partying tonight.” Present-day Wallen isn’t understanding, though, because, as he points out, he asked the woman who approached him at the party (played by SNL cast member Chloe Fineman) to not post the videos to social media.

“I thought it was an airtight approach as well,” Bateman-as-Wallen deadpans, before deciding that maybe both Morgans should stay at the party just a little bit longer “to really understand why it’s so wrong.”

Yang then arrives as Wallen from two months in the future to accomplish the same goal. However, after Bateman’s version of Wallen points out that “this whole party’s basically one of our songs,” Bowen’s version offers that hanging out is “basically a tax writeoff.”

“Apparently I’m the only one who cares about me,” the real-life Wallen tells his future selves and Davidson, playing a random partier.

“We all care about you,” Davidson counters, adding that he’s sure Wallen will get another shot at his SNL debut — because “there aren’t many people willing to fly to New York right now.”

All of the conversations do, indeed, inspire Wallen to pen a new song about the experience: “It’s hard to focus on the future when the present’s full of girls,” he begins, before ending by thanking the Saturday Night Live crew “for giving this poor southern boy a second Yankee chance.”

Wallen’s SNL debut was originally slated for Oct. 10. “He probably isn’t the first country singer, the first person from rock ’n’ roll who partied after a big, in that case, a football game, or a concert,” SNL creator and showrunner Lorne Michaels reflected at the time to Today‘s Willie Geist, but noted, ”We’re just living in a different time, and everything is scrutinized.”

The snafu came at the end of an up-and-down 2020 for the singer that included success in his career, but also an arrest in May following an incident at Kid Rock‘s downtown Nashville bar. Wallen was released on bond shortly after his arrest, and a judge declined to prosecute him on charges of public intoxication and disorderly conduct in July.

Things have been looking up for Wallen in recent weeks, however: At the 2020 CMA Awards in mid-November, he performed “More Than My Hometown” and won New Artist of the Year. Shortly after the victory, he announced his sophomore album, a double-disc project titled Dangerous that is due out on Jan. 8.