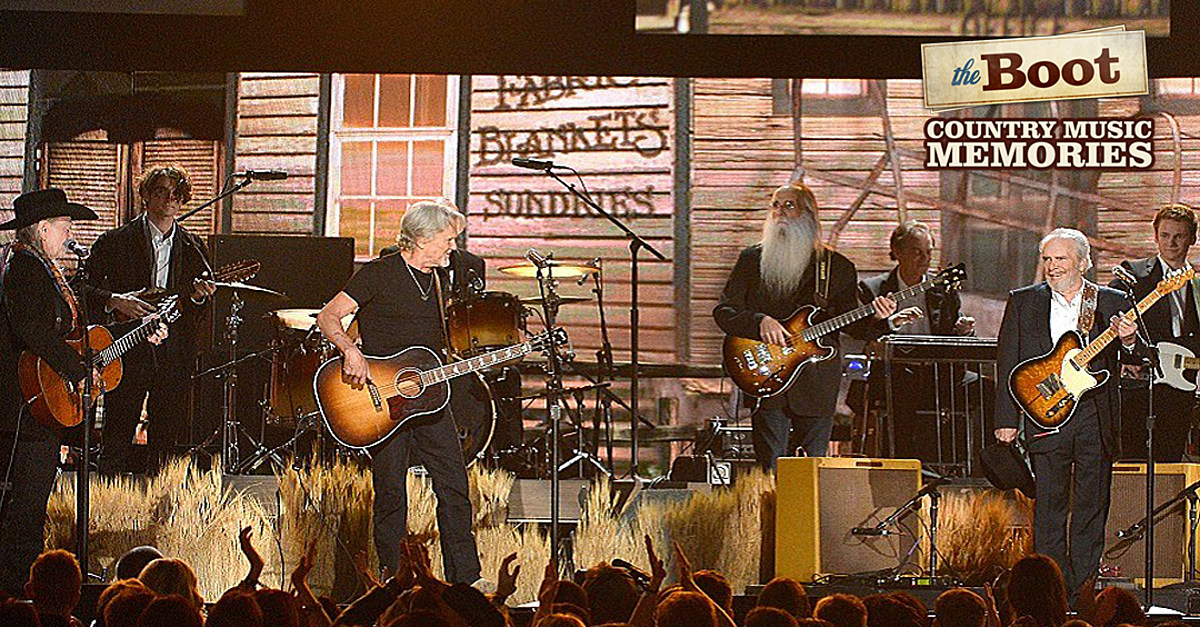 Talk about an anniversary to remember! Thirty-six years ago today (Dec. 6, 1984), four of country music’s reigning superstars — Waylon Jennings, Willie Nelson, Johnny Cash and Kris Kristofferson — convened to record “Highwayman,” a single that sparked an entire album, their name as a quartet and more than a decade of performing together.

“Highwayman,” written by Jimmy Webb, was first recorded for Webb’s own 1977 album, El Mirage. Glen Campbell also recorded the song, which became the title track of his 1979 album — and it was Campbell who was ultimately responsible for the four men recording the track together.

Campbell first played the song for Cash, while Webb played it for Jennings. A few years later, Cash, Jennings, Kristofferson and Nelson were recording a TV special together in Switzerland when they decided to record a project together; Marty Stuart reminded Cash of the the tune, Campbell played it for them, and “Highwayman” became the title track of the quartet’s own debut album.

“Highwayman” was recorded at Nashville’s Moman Studios, with Stuart playing guitar on the session. Each of the four men sang one verse of the song, with Chips Moman, who had worked with Jennings and Nelson, producing the entire project.

“Highwayman” became a No. 1 hit for the group; their follow-up single, “Desperados Waiting for a Train,” peaked at No. 15. The Highwaymen released two more records, Highwaymen 2 and The Road Goes on Forever, although neither achieved the success of their debut disc.

The legends — minus Cash, who passed away in 2003, and Jennings, who died in 2002 — performed ”Highwayman” as part of a medley at the 2014 Grammy Awards. In 2019, a country supergroup featuring Brandi Carlile, Maren Morris, Amanda Shires, and Natalie Hemby kept the Highwaymen’s spirit alive by naming themselves the Highwomen and recording a modified version of “Highwayman,” tailored toward historical women, called (appropriately) “Highwomen.”

PICTURES: Willie Nelson Through the Years