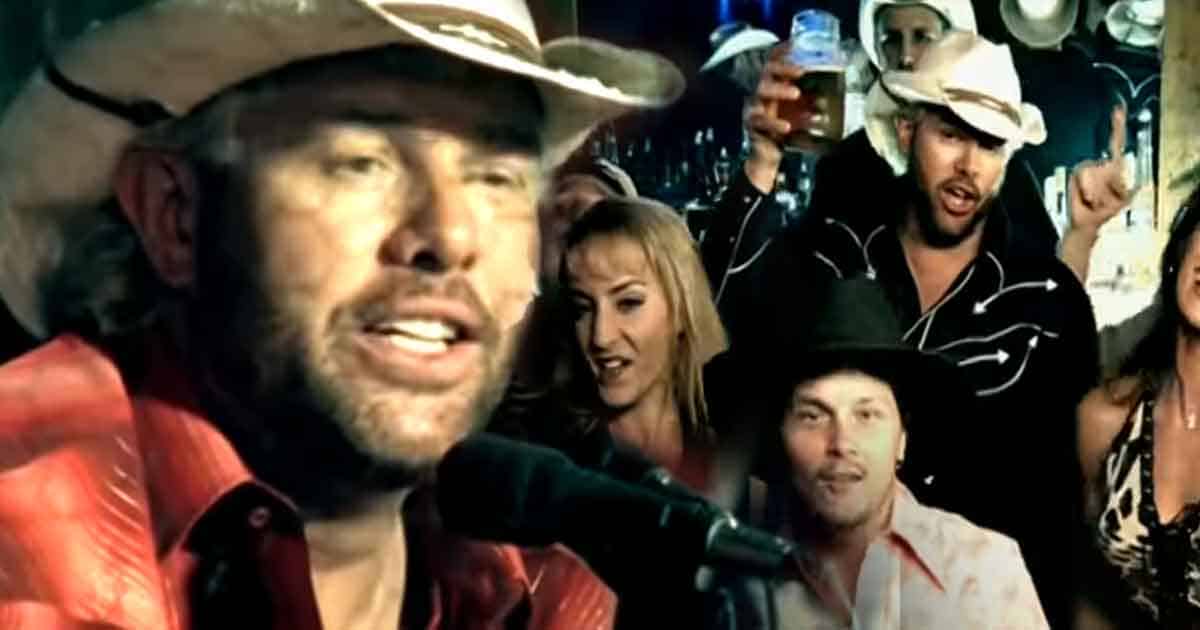 In 2003, Toby Keith released the song “I Love this Bar” as the first single from his album Shock’n Y’all. The song reached No. 1 on the US Billboard Hot Country Singles & Tracks chart, holding the top spot for a total of five weeks.

But more importantly, it set off an entirely new business for the country superstar, as the song inspired the launch of a restaurant chain called Toby Keith’s I Love This Bar & Grill. The first one opened in 2005 in his home state of Oklahoma in Oklahoma City and at the Hard Rock Hotel and Casino in Tulsa. Restaurants in Las Vegas, Nevada, Thackerville, Oklahoma, and a lot more soon followed.

Although Keith’s name is on the buildings, the singer does not have any ownership stake in the restaurants but instead collects revenue on the naming rights.

Toby Keith’s I Love This Bar & Grill operates as full-service restaurants with huge bars in guitars’ shape. They mainly serve American cuisine, especially Southern food. The bars regularly have live-musical entertainment from local performers. Keith himself often made surprise visits to franchises, where he performed and socialized with fans.

However, in 2015, Toby Keith’s I Love This Bar & Grill was the center of nearly $30 million in lawsuits due to illegal business practices. They had to close 17 out of the 20 locations during allegations that they weren’t paying landlords, suppliers, and contractors enough and owed hundreds of thousands of dollars in taxes.

After all, Keith insisted that his first focus is making music: “I definitely didn’t get into this business to open restaurants,” the singer said. It’s unknown how much Keith knew about these legal issues.

The Song That Changed Keith’s Life

Written by Toby Keith with Scotty Emerick, “I Love This Bar” tells the tale of a man describing his favorite local bar and the patrons who frequent it – which includes winners, losers, chain-smokers and boozers, yuppies, bikers, thirsty hitchhikers, cowboys, truckers, hustlers, fighters and even broken-hearted fools.

“I Love This Bar” is also accompanied by a music video shot at a bar in Chatsworth, California, called the Cowboy Palace Saloon. You can watch it below!

Toby Keith Has A Question: “Who’s Your Daddy?”

A Collection of 20 Best Country Gospel Songs of All Time

Justin Townes Earle’s Team Discloses Cause of His Death