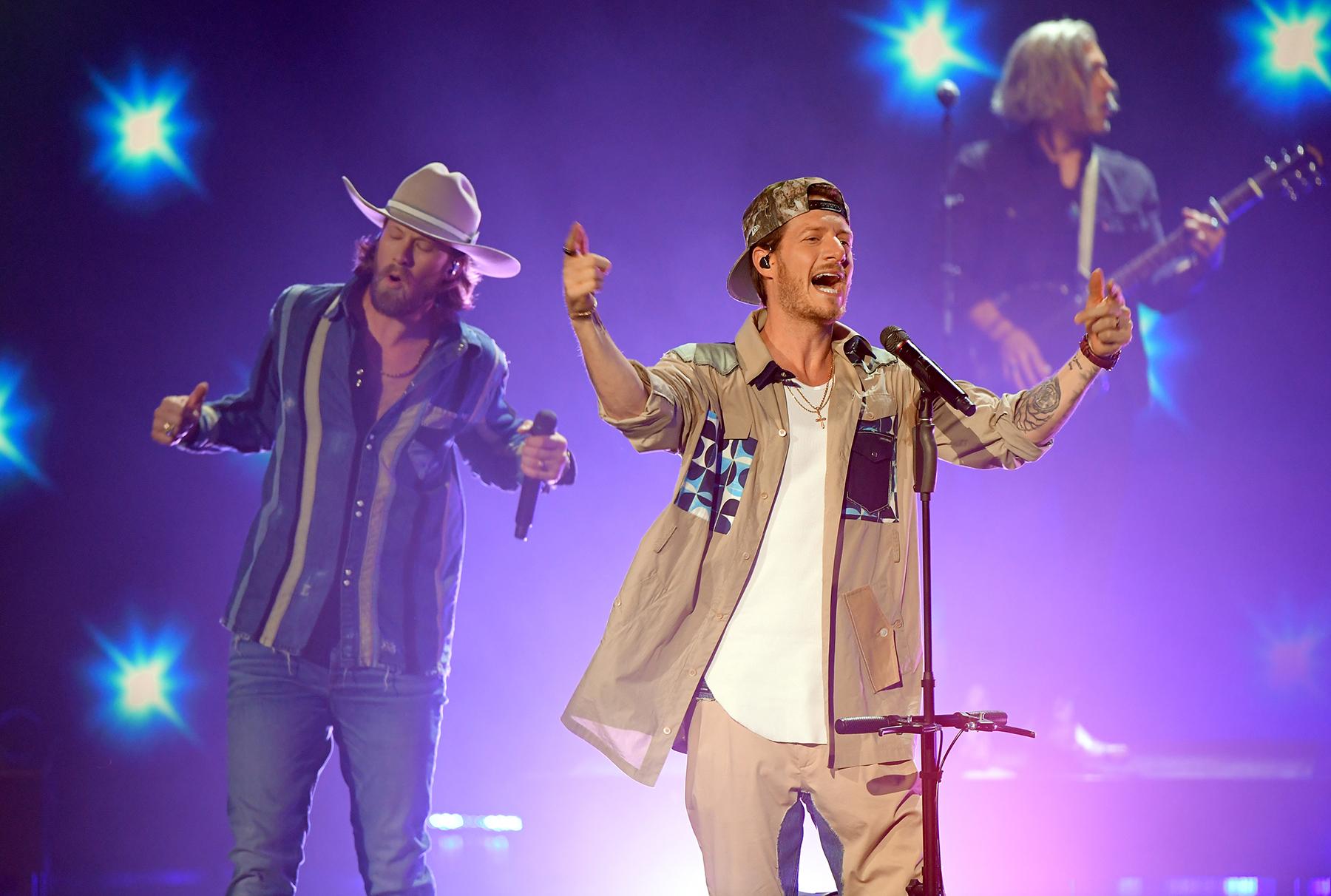 After being dogged by both a Covid diagnosis and break-up rumors in November, Florida Georgia Line have announced their fifth studio album. Life Rolls On, stacked full with 16 tracks, arrives February 12th. The duo of Tyler Hubbard and Brian Kelley produced the album with Corey Crowder, making it their first full-length album without longtime producer Joey Moi.

Life Rolls On compiles the six songs from FGL’s 6-Pack EP, released in May, and lead single “Long Live” with new tracks like “Life Looks Good,” written with Crowder and Jaren Johnston, and “New Truck,” composed by a seven-person army of writers — including singer-songwriter Priscilla Renea, who co-produced the track. The album announcement arrives not with a new song release, but with a video taking fans into the studio with Florida Georgia Line.

“I think this personally is just a big, celebratory chapter,” Hubbard, who weathered Covid last month, says in a statement. “We’ve come a long way since 2012 when we dropped our first album, it’s wild to think about the journey we’ve been on – the things we’ve got to do, the places music has taken us. We’re celebrating life and the good times, the ups and the downs, and the journey it took us to get where we’re at.”

“It’s just evident within the music how good of a time we’re having,” Kelley says, “and how good of a place in life we are for sure.”

Before the Landslide: Inside the Early Years of Fleetwood Mac

It’s hard to not read into the latter half of Kelley’s quote. In November, savvy Instagram watchers noticed that Hubbard unfollowed Kelley around the Presidential election, fueling speculation of a rift. The duo appeared on Sirius XM to refute the rumor.

“Somebody sent me an article two days ago that me and BK were breaking up and I thought, ‘Well, that’s news to me,’” Hubbard told the radio personality Storme Warren. “I unfollowed BK for a few days while we were through this political, in the middle of this election and everything going on. I even called him and told him, I said, ‘Hey, buddy, I love you. And I love you a lot more in real life than on your stories right now. So that’s why I’m unfollowing you. Nothing personal. I still love you. You’re still my brother.’ I just didn’t want to see it every time I opened Instagram. And so it wasn’t a big deal. We’re on great terms. We’re feeling stronger than ever.”

Mickey Guyton Dazzles During PBS’ ‘A Capitol Fourth’ Special
Morgan Wallen’s “Wasted On You” Lands At The Top of Billboard’s Country Airplay Chart
Adeem the Artist is Making Music on Their Own Terms
Remembering The Death of Lynn Anderson, Whose Powerful, Husky Voice Brought Her Atop The Charts
Luke Combs’ Wife, Nicole, Says Baby Is ‘Thriving’ — That Hair!