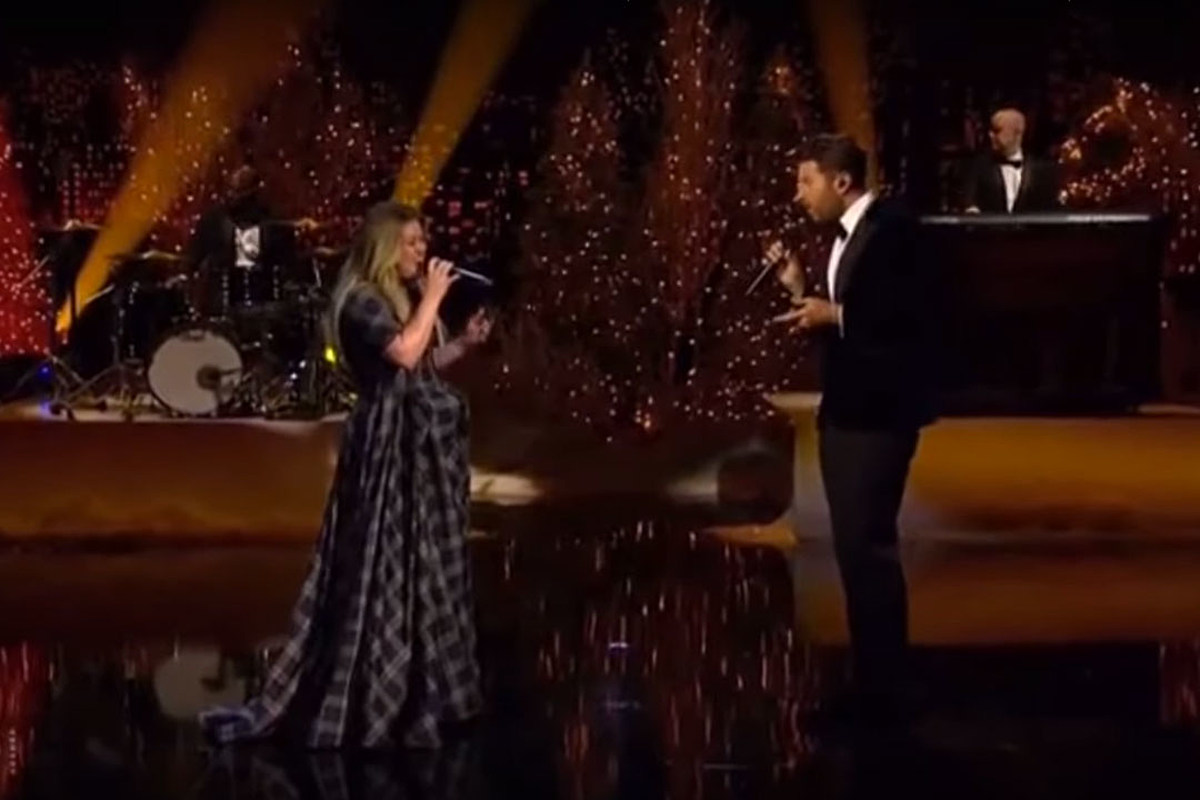 Kelly Clarkson and Brett Eldredge went “Under the Mistletoe” during the 2020 Christmas in Rockefeller Center special.

The twosome served up the last performance of the night on Wednesday (Dec. 2) before the iconic tree in New York City was lit.

Standing amongst a lavish set of red and gold Christmas trees, fake snow a quaint gazebo, the singers brought the festive song to live while backed by a dapper-dressed band. After belting out the first verse and chorus, Clarkson was joined by a classy-looking Eldredge in a back velvet suit coat, their voices joining in unison on the romantic lyrics.

“Push my pride aside / When I close my eyes / It’s just you and I / Here under the mistletoe,” they sing with soaring vocals before shouting “Happy holidays!” to the viewers at home, as seen in the video above.

“Fans are always asking, ‘Can you just drop anything?’ Everyone is sad. Everyone is feeling it. The world has gone to crap! Can you just release something?'” Clarkson remarked during an appearance on the Sunday Today With Willie Geist podcast about releasing “Under the Mistletoe.”

During the annual Christmas show, Eldredge also delivered solo performances of “Have a Holly Jolly Christmas” and “I’ll Be Home For Christmas” on site in front of the tree, but he wasn’t the only country star part of the special. Dolly Parton lit up her own festive set with “Mary, Did You Know?” and a duet with Jimmy Fallon on “All I Want for Christmas is You” while Dan + Shay performed their original songs, “Take Me Home for Christmas” and “Christmas Isn’t Christmas.”

Randall King Gets In The Holiday Spirit With Cover Of Randy Travis’ 1989, “Old Time Christmas”
Caroline Kid Shares Sunny Music Video for ‘Do I Miss the Rain’
Why Teddy Bear by Red Sovine Will Leave You in Tears
Behind Alan Jackson’s 23rd #1 Hit, “Small Town Southern Man.”
Is Politics Infiltrating Country Music’s History of Charity Work?