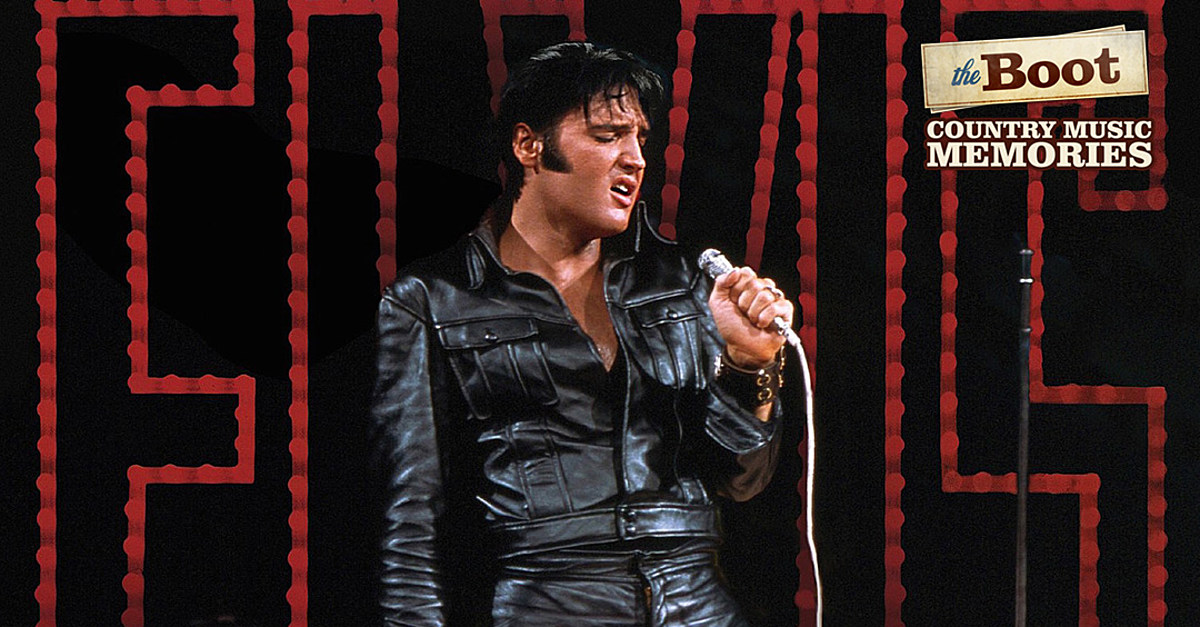 On Dec. 3, 1968, Elvis Presley made his triumphant return to the stage with an NBC TV special presented by the Singer sewing company. The special event is commonly knows as the ’68 Comeback Special, though it’s simply titled Elvis.

Presley’s NBC appearance was a long time coming: Since 1961, the King of Rock and Roll had been focused on his movie career (which spawned popular films such as Girls! Girls! Girls! and Viva Las Vegas) instead of live performances. Although he had a few hits — including “Can’t Help Falling in Love” and “Return to Sender” — during this time period, his chart dominance had diminished.

However, Presley’s ever-entrepreneurial (and mercenary) manager Col. Tom Parker brainstormed the idea of a TV special — and then went out and secured over $1 million in funding from NBC for not just that, but also a movie (1969’s Change of Habit with Mary Tyler Moore) and accompanying music.

Parker wanted the TV special to focus on Christmas, but he was the only one interested in taking the event in that direction; in fact, executive producer Bob Finkel had to convince Presley’s manager to loosen up on his vision for the concept (although, as a concession, Presley did sing “Blue Christmas” when the special originally aired). According to an Australian Elvis Presley fansite, scriptwriters Chris Beard and Allan Blye put together a story that “concerned a young man leaving home, searching for happiness and a career, the obstacles encountered and the eventual journey back home.”

Beard and Blye’s vision translated to a special featuring multiple scenes filmed across several days. The opening was an elaborate production number built around the song “Guitar Man;” later in the special, Presley covered gospel songs. A closing performance of a new song, the Earl Brown-penned “If I Can Dream,” called for racial and social equality; a “stand-up” performance segment found Presley pacing around a rectangular stage that looked like a rope-less boxing ring, while a “sit-down” portion had him sitting on a stool while singing.

The latter was particularly memorable, as it involved a leather-clad Presley performing some of his most recognizable songs with two of his longtime bandmates, guitarist Scotty Moore and drummer DJ Fontana. The musicians (who were joined by Charlie Hodge and Alan Fortas) performed hits such as “Jailhouse Rock” and “Lawdy Miss Clawdy,” as well as medley containing “Heartbreak Hotel,” “Hound Dog” and “All Shook Up.” The setting was intimate, and Presley and his band were surrounded by an audience — locals who were given tickets at the last minute, after Parker failed to recruit Presley superfans.

“Elvis was hardly ever nervous – but he was then,” Fontana told Rolling Stone. “We played a couple of songs, and it got loose after a while, and it turned out fine. He just had been out of the public eye for a long time.”

Presley filmed more than four hours of footage for the ’68 Comeback Special, which was whittled down to a 50-minute special. Although the TV event might have been somewhat of a gamble, it paid off: “From that first meeting, I knew he was champing at the bit to prove himself again,” co-producer and director Steve Binder told Vanity Fair. “Elvis asked me, ‘What happens if I bomb?’ I said, ‘Elvis, you’ll still be remembered for your movies and all your early hit records … If it’s successful, every door that was closed to you will reopen.’ Which is exactly what happened.”

Elvis drew an impressive 42 percent of the TV viewing audience and landed at No. 1 on the Nielsen ratings for the week ending Dec. 8. “If I Can Dream” hit No. 12 on the Billboard charts and was certified gold, while the accompanying soundtrack to the TV special landed in the albums chart Top 10 and went platinum. In the special’s immediate aftermath, Presley recorded the masterpiece From Elvis in Memphis and landed a No. 1 hit with “Suspicious Minds,” and then launched a successful Las Vegas residency.