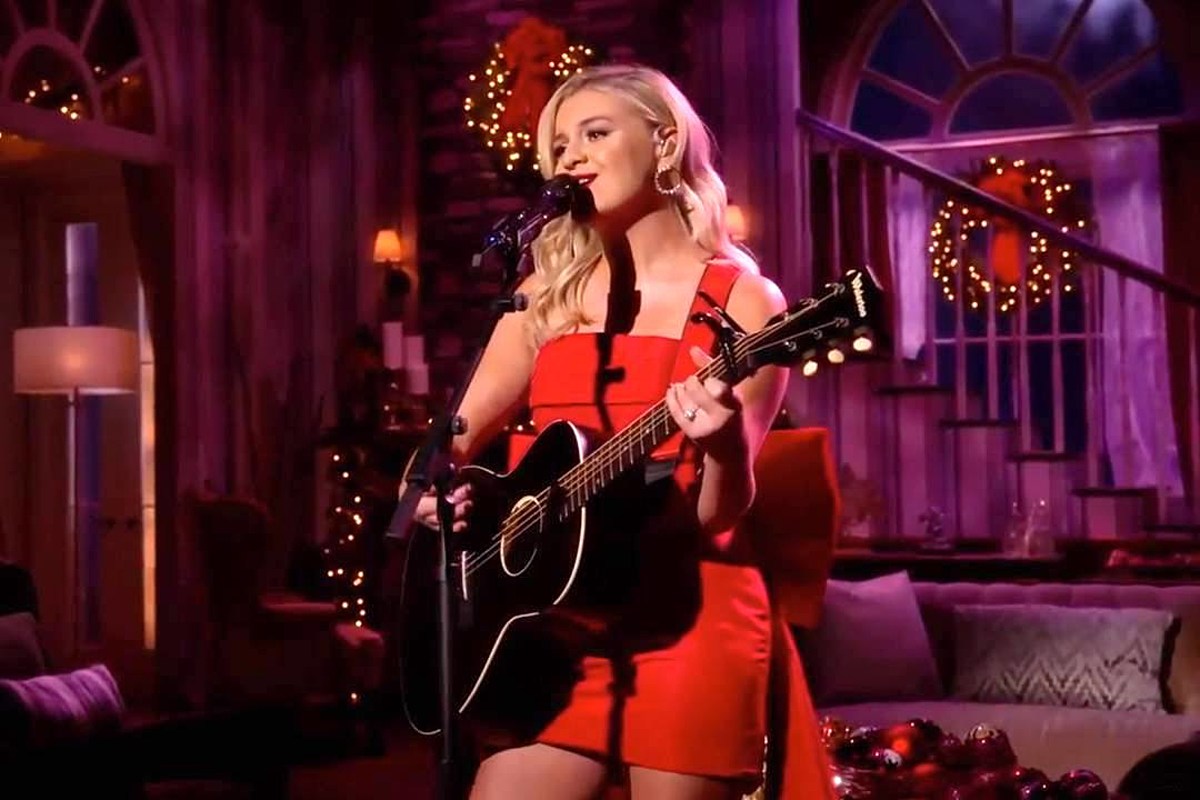 Kelsea Ballerini brought her charming version of “Santa Baby” to 2020’s CMA Country Christmas special on Monday night (Nov. 30), putting her own unique spin on the old-school holiday favorite. The performance came among others during the evening’s broadcast from Dan + Shay, Florida Georgia Line, Little Big Town and Tim McGraw.

Decked out in a vibrantly red mini dress adorned with two nearly floor-length trains, Ballerini looked every bit the Christmas gift as she delivered the grooving ’50s number to ABC viewers across the United States. While singing the tune, the entertainer strummed along on a black acoustic guitar.

Should the performance transport one to another time, that’s by design.

“The idea for this year’s show was to do a throwback of the great Christmas specials of the 1960s and 1970s,” CMA Country Christmas‘ executive producer Robert Deaton said in a statement, reported by ET Canada. “Andy Williams, Perry Como, Bing Crosby, Judy Garland, Frank Sinatra all had classic Christmas specials where the viewer was invited into the homes of the host to celebrate the holiday like a best friend coming to visit. That was what we wanted to create for this year’s show. Instead of a big flashy production, we took a page from those iconic specials to say, ‘Come relax, and let’s celebrate the holidays together.'”

“Santa Baby” undoubtedly harkens back to that era of merrymaking. Written by Joan Javits and Philip Springer, the song was first released in 1953 with a recording from singer Eartha Kitt backed by Henri René’s orchestra. Since then, it’s gone on to spawn multiple versions by a cadre of different artists.

Before the program aired on Monday, fellow country performer Darius Rucker teamed up with violinist Lindsey Stirling for a moving rendition of the traditional Christmas carol “What Child Is This?“