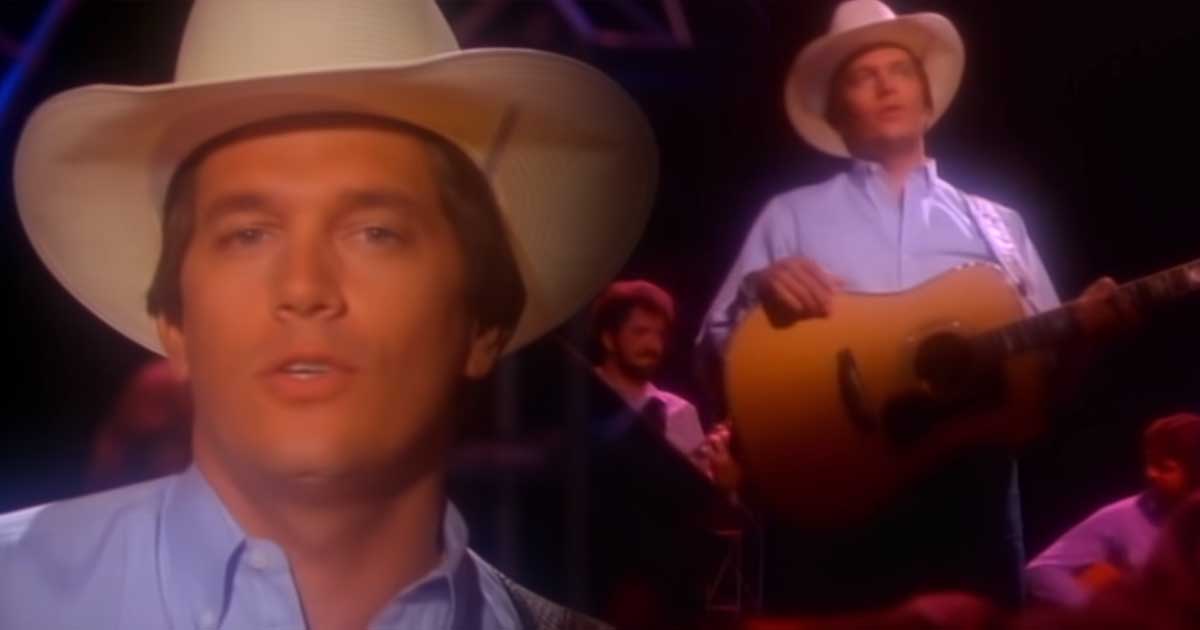 You probably know George Strait‘s “The Chair” extremely well, but do you know how it came to be?

The song was released in 1985 as the first single from Strait’s album Something Special. It quickly reached No. 1 on the country music charts in both the United States and Canada. Later on, the song was named by CMT as one of the 100 Greatest Country Songs, snagging the 24th spot on that list.

Because of how successful “The Chair” was and still is, many fans have always wondered how it came to be.

A Clever Song From The Two Of The Best Country Songwriters

Written by Hank Cochran and Dean Dillon, “The Chair” is a clever song about a man attempting to start a conversation with a beautiful woman by telling her she is sitting in his chair. The talk grew more intimate throughout the conversation until the woman agreed to let the man drive her home. At the end of the song, the man revealed that it wasn’t his chair after all.

“Yea, I like this song too. It reminds me of you and me, baby. Do you think there’s a chance? That later on, I could drive you home? No, I don’t mind at all, oh I like you too and to tell you the truth. That wasn’t my chair after all,” the song goes.

“The Chair” is actually a result of a night-long songwriting binge by the two country music songwriters. Cochran was already among the seasoned veterans in the music industry with classic songs such as Patsy Cline’s “I Fall To Pieces” under his belt. He acted as a mentor to Dean Dillon, who was making his own mark in the business, writing hits for Strait and other country singers.

Cochran and Dillon had been writing songs all night long, and as Dillon puts it, “were about written out.”

“I was tired though, and it was four in the morning again like it always seemed to be for me and Hank,” Dillion said. “And I don’t know what happened, but then Hank sat down in a chair across from me, and I looked at him, picked up the guitar, struck a G chord, and started singing, ‘Well, excuse me, but I think you’ve got my chair.’ And he said, ‘Have you written that song?’ I said, ‘No.’ And he said, ‘Well, we’re about to.’”

Forty-five minutes later, they had written “The Chair.”

Cochran and Dillon wrote the first half of the first verse really fast. They knew right away that they wanted it to be a conversation song without any chorus, just repeating melody. However, the songwriters found themselves stuck. Cochran went outside to grab some beer and brainstorm a little more. He came back after fifteen minutes and suggested the lyrics, “Well, thank you, can I drink you a buy? Aw, listen to me, what I mean is, can I buy you a drink? Anything you please.”

That line “just shows how flustered the guy was. He’s tripping over himself to get to know this girl. And using every line in the book, basically, to get her attention,” Dillon said. “And I just thought that was really brilliant on Hank’s part. But then you have to understand Hank Cochran was one of the most brilliant songwriters ever in country music.”

Indeed, the entire night gave birth to a hit song, a “hallmark of a great storyteller,” Kevin John Coyne of Country Universe said and gave the song an A grade.

You can listen to “The Chair” in the video below.