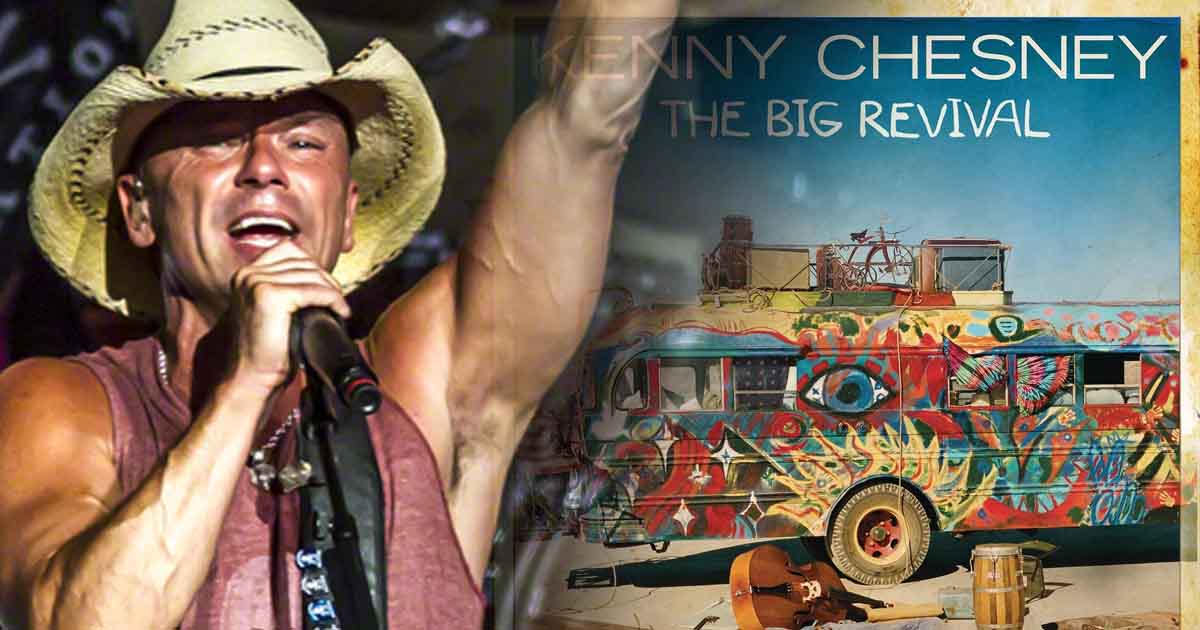 Despite it being lyrically not easy to translate as some of the others, the song managed to set the tone for the entire project. Some even find themselves wondering what the lyrics mean while the others quickly fall into the rhythm, thanking the country singer for the chance to hear him preach once again.

Written by songwriter Dennis Linde, “The Big Revival” depicts an old-time church service, complete with speaking in tongues and even snake handling.

“Getting ready for the big revival. Everybody get in the van. There’s a little church on eagle mountain. It’s called the blood of the blessed land. If your faith ain’t strong enough, child. You might wind up dead. Praise the Lord and pass me a copperhead,” the song goes.

Linde was best known for penning the Elvis Presley hit’s “Burning Love” in 1972 and Dixie Chicks’ murder ballad “Goodbye Earl” in 1999, and the “The Big Revival” was his attempt to make a religious leap of faith.

“The philosophy behind putting ‘The Big Revival’ first was to set a tone,” Chesney said. “There’s things about religion that I don’t necessarily agree with or understand, but I’m a big believer in spirituality — I’ve seen songs change people, and that’s spiritual.”

“But ‘The Big Revival’ is really about picking yourself up off the bottom, reclaiming your soul, restarting,” he added. “That was everything I wanted to say to my audience – and you have to think about that, you have to think ‘Okay, we took a year off, now what am I going to say to these people, who have been there for me for a long time?’ And the idea of ‘The Big Revival’ was it.”

“The Big Revival” was first recorded by John Anderson on his album Nobody’s Got It All released in 2001, and later by Montgomery Gentry on their 2008 album Back When I Knew It All – Chesney’s version is closest to Gentry’s.

It indeed took Chesney time to find the songs that would become The Big Revival. But given its success, it’s obvious forging new paths is working for the country superstar. With an eye toward fresh and different, he wanted an album cover to reflect just that. Not what was expected, not clear marketing, or even keyed on any of the apparent notions of who he is.

As he said, “I wanted a cover that was surprising… that suggests anything is possible. No matter where you are in your life, how tired or lost or demoralized, with a little faith and a little help, anything’s possible. Because it’s all within you. Or me.”

You can listen to the song below.

2021 Country Music Tours to Keep on Your Watch List

“Everything’s Gonna Be Alright”: Murphy and Chesney Assure Us

“Jesus Is Coming Soon:” What Do We Know About it?

CHECK IT OUT: CMA Country Christmas’ List of Performers and Songs

How Your Favorite Country Stars are Celebrating Thanksgiving Day

A Leap Through the Meaning Behind John Anderson’s Song “Money in the Bank”
10 Best Country Music Books of 2022
Charley Pride Brought Back Hank Williams’ “Kaw-Liga” To Life?
Shania Twain Announces a Fall Leg of Her 2023 Queen of Me Tour
Charley Crockett Hits the Studio for Retro ‘Odessa’ Music Video