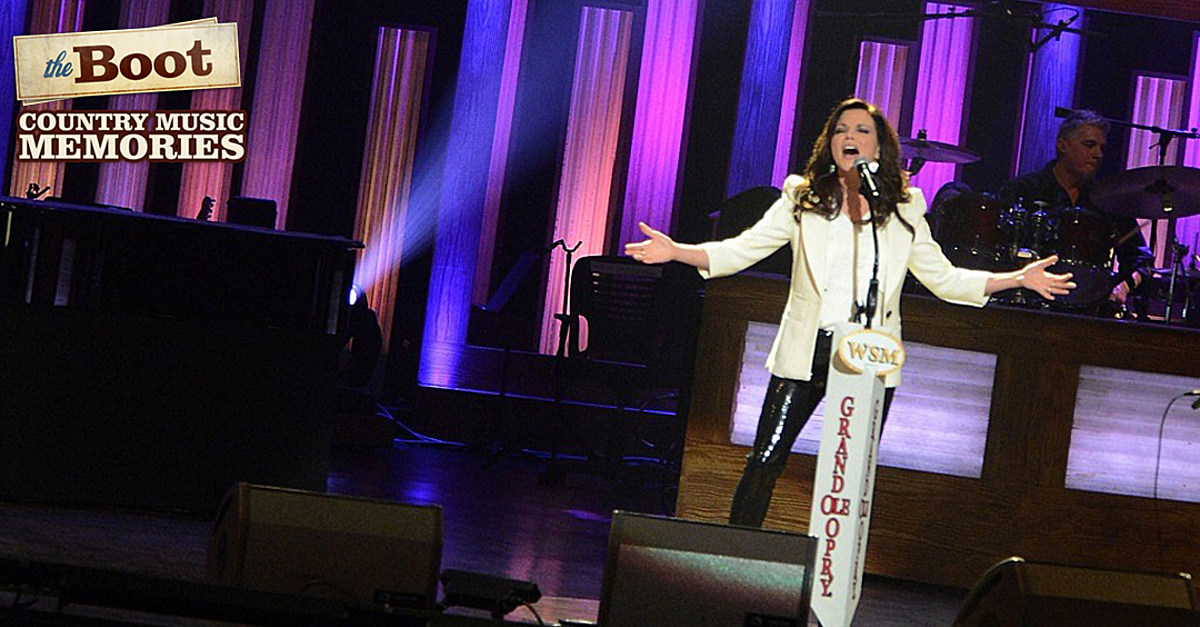 Twenty-five years ago today, on Nov. 30, 1995, Martina McBride became an official member of the Grand Ole Opry. McBride was inducted into the Opry by Loretta Lynn, with whom she forged a lifelong friendship.

“I love her. She’s amazing to me,” McBride says of Lynn. “What she’s done is opened herself up to me. I’ll find myself in a corner with her, and her just telling me all this stuff. Does she do this to everybody? I’ve got to remember it all. It’s unbelievable.”

McBride’s first performance at the Opry happened three years earlier, on May 23, 1992; that night, she sang “The Time Has Come,” which was the title track of her freshman album. By the time the singer was inducted into the Grand Ole Opry, she had released her third studio album, Wild Angels, and had earned two Top 5 singles, “My Baby Loves Me” and “Safe in the Arms of Love.”

McBride has won dozens of awards throughout her years in country music, but she says that becoming a member of the Opry remains one of the highlights of her career.

“Becoming an Opry member was the most thrilling moment of my career,” she adds. “I’ll try to make the Opry proud and do my best to continue the tradition of country music and the tradition of the Opry.”

In spite of her busy touring schedule, the Kansas native returns to the hallowed stage as often as possible.

“Whenever I do the Opry, it still feels like the first time. I still get nervous,” McBride says. “The Opry’s going to be here for hundreds of years, and I’m just proud my name is on that list. It’s a highlight of my life.”

Adele Says She “Adores” Shania Twain And Would’ve “Self-Combusted” Had She Noticed Her In The Crowd During Recent Performance
Sam Hunt Gets Back to His Roots on New Song, ‘Start Nowhere’
‘The Voice’ Reveals Top 10 for Season 22
Larry Fleet Tells The Story Behind His Smash Hit “Where I Find God”
Why Teddy Bear by Red Sovine Will Leave You in Tears