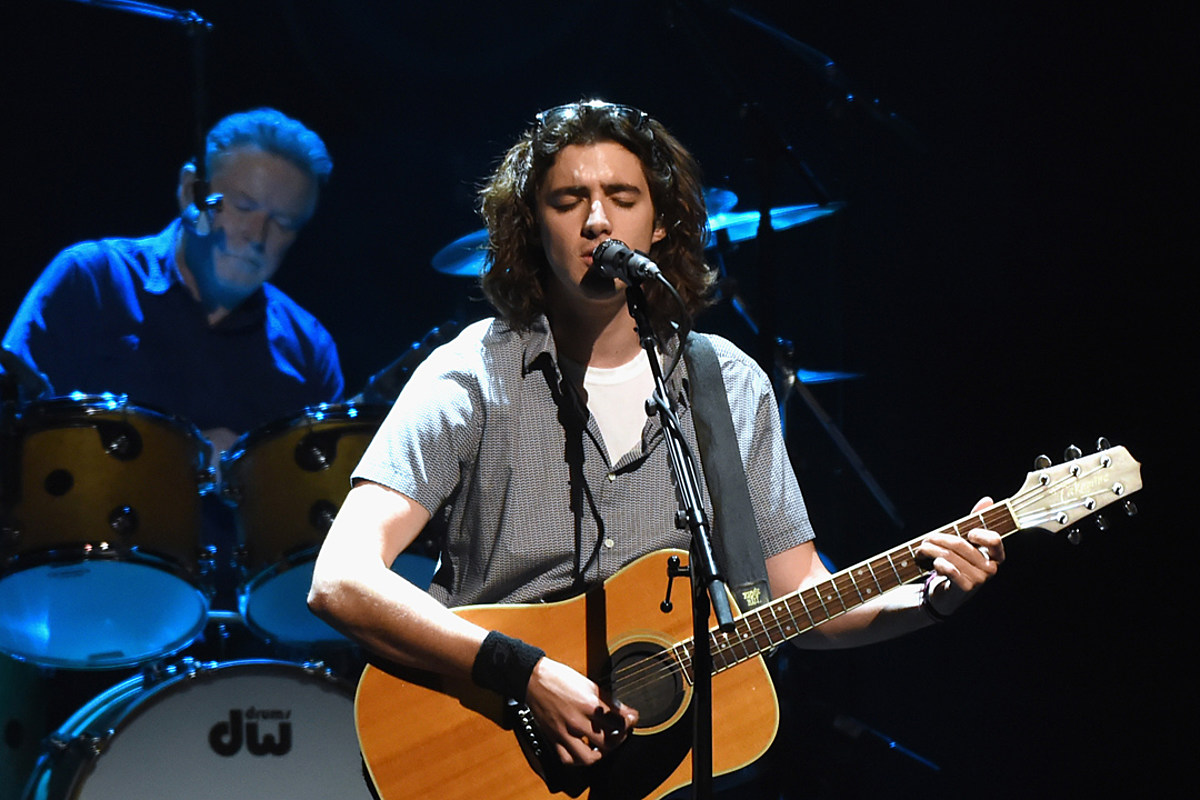 If there’s anyone who’s really right to fill Glenn Frey‘s shoes in the Eagles, it has to be his son, Deacon. The younger Frey takes over for his late father in an uncanny performance on the Eagles’ new live version of “Peaceful, Easy Feeling” that would have made his dad proud.

Deacon Frey has stepped up to take over his father’s parts in a new lineup of the Eagles that has carried on his legacy after he died in 2016. In addition to classics including “Take It Easy,” he takes over lead vocals for the elder Frey on “Peaceful, Easy Feeling” on the group’s new live album, Live From the Forum MMXVIII.

Click on the track below to hear Frey’s interpretation of the classic song. He adheres mostly to the spirit of his father’s original performance on the record from 1972, but definitely imbues it with his own stylistic nuances. Written by Jack Tempchin, “Peaceful, Easy Feeling” gave the Eagles a No. 22 hit on Billboard‘s Hot 100 when they released it as the third single from their landmark self-titled debut album.

The Eagles released Live From the Forum MMXVIII on Oct. 16 on vinyl, CD, Blu-ray and DVD. The 26 live tracks draw from three shows the iconic group performed at the Forum in Los Angeles in September of 2018. The setlist features most of the Eagles’ greatest hits, including “Lyin’ Eyes,” “Hotel California,” “Seven Bridges Road,” “Take It to the Limit” and more.

Glenn Frey died on Jan. 18, 2016, at the age of 67 after suffering complications from rheumatoid arthritis, acute ulcerative colitis and pneumonia. The Eagles surprised fans when Deacon Frey and Vince Gill both joined the band in 2017, making their live concert debut with the group on July 15, 2017. Gill and Deacon Frey took the stage at Classic West at Dodger Stadium in Los Angeles alongside classic-era band members Don Henley, Timothy B. Schmit and Joe Walsh for the Eagles’ first-ever concert performance without Glenn Frey, and they have toured with the Eagles ever since.

Both Frey and Gill make their recorded debut with the Eagles on the new live package.

See Photos From the Eagles’ First Gigs Without Glenn Frey